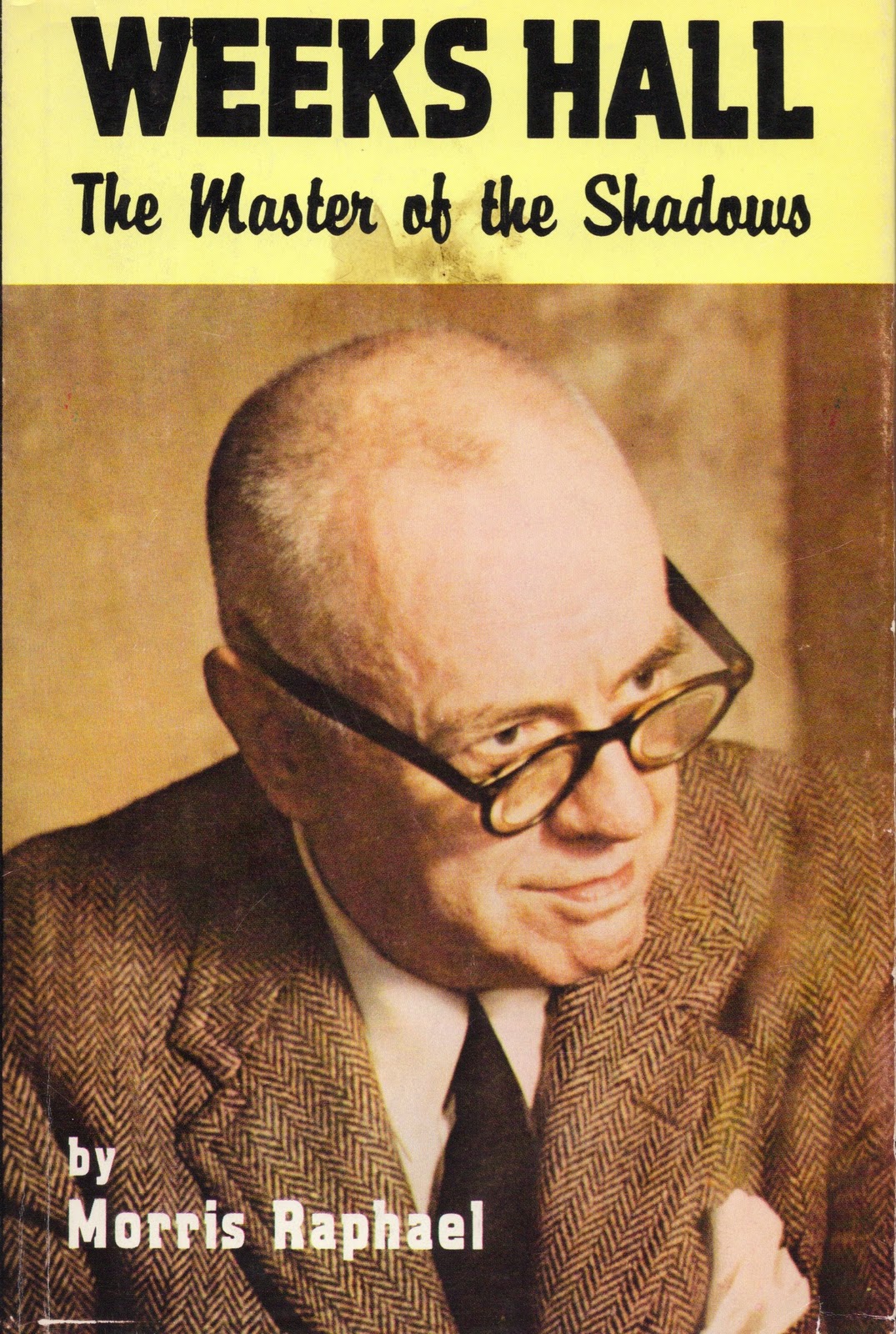 William Weeks Hall (October 31, 1894 - June 27, 1958) was the last private owner of Shadows on the Teche Plantation. In 1927 New Orleans Life magazine had a two-part feature on "Popular Bachelors of New Orleans." Seven were famous creoles, and three or four of those - William Spratling, Weeks Hall, Sam Gilmore, and probably one other - were homosexual, or at least not exclusively heterosexual. The same could be said of Lyle Saxon, William C. “Cicero” Odiorne, and Pops Whitesell - at least a half-dozen famous creoles altogether. Some - Spratling and Saxon - were very discreet. Weeks Hall and Sam Gilmore were another matter.

Lyle Saxon was a respected New Orleans writer and journalist who reported for The Times-Picayune. Homosexual characters or subjects do not appear anywhere in his published work. Saxon is his most unguarded in letters he exchanged with his friend, artist Weeks Hall. Saxon was having characteristic fun as he privately wrote, "As for the miasmas rising from the Teche, I cannot bring myself to think that the effluvia does aught stir indiscreet thoughts, and, alas, perhaps, indiscreet actions as well. I remember in my own case, on certain summer evenings . . . but why speak of our gaudy youth, dear Coz, as we approach Life's Sunset?"

From the time he reached maturity to his last days, Weeks Hall (son of Gilbert Lewis Hall (1835–1909) and Mary "Lily" Weeks Hall (1851–1918)) was acutely aware of and responsive to his obligations to the past and to the future for both the memory of his family and the preservation of his family home. Indeed, that “delightful airy house” newly completed and commanding some 158 acres in 1834 was , in 1894, the year of Weeks’ birth, a somewhat unfashionable sixty year-old house on a rapidly shrinking landscape being surrounded by a growing town. During Weeks Hall’s occupancy, the place would be fronted by gasoline stations, a post office, fruit stands, and an automobile repair garage on the west side, with a transcontinental highway just outside the front gates. When Weeks Hall purchased his aunt’s half ownership of the homestead in 1919 for $7,500, he became its sole owner at the age of 25.

After his father’s death, Weeks Hall lived what he called “an adult childhood.” He lived with his mother and Misses Florence and Emma Zacharie in New Orleans, where he attended high school, but “was never able to graduate” (according to his own words). Despite not graduating from high school, an early interest in and talent for art won him several scholarships to study at the Pennsylvania Academy of the Fine Arts in Philadelphia, which he attended from 1913 to 1918. There he won additional scholarships to study in Europe, which he deferred owing to World War I, until 1920 to 1922, when he studied in Paris and London. Upon completion of such studies, Weeks returned to New Iberia to his family home, by now called The Shadows-on-the-Teche, after the Bayou Teche which borders the rear of the property. With only few short interruptions, Weeks Hall literally remained at the Shadows until his death in 1958. 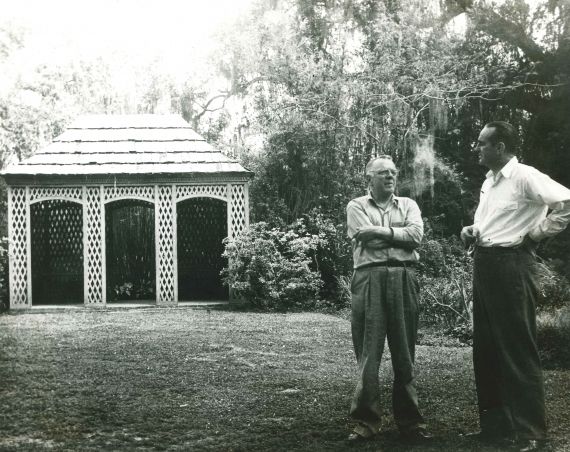 Summer House, Weeks Hall, Richard Koch. Last of the Weeks Family, William was famous for the gay parties he threw there in the 1930-40s

Shadows on the Teche Plantation

Soon after his return, Weeks restored his home and created the magnificent gardens surrounding the property… a landscape canvas in which he lived. Weeks tried to allay the growing progress surrounding his home by incorporating into the gardens a bamboo hedge around the skirt of the property. He also attempted to prevent the “Path of Progress” by finding a suitable national agency to which he could bequeath the house, certain that it would be preserved for future generations. He contacted various organizations, including the National Park Service, to no avail. Finally he sought out the company of the wealthy and famous of his day and invited them to visit his home. Many came. Among them, artists, writers, and filmmakers. Henry Miller, Lyle Saxon, Cecil B. DeMille, Emily Post, D.W. Griffith and Walt Disney were all impressed with what he had done to preserve the house, enthralled with the setting he created, and charmed by his captivating personality. Finally, in 1958 shortly before Hall’s death, the National Trust for Historic Preservation accepted the home and property he bequeathed them for preservation and opened the site to the public in 1961.