Sherwood Anderson (September 13, 1876 – March 8, 1941) was an American novelist and short story writer, known for subjective and self-revealing works. Identified with the Lost Generation. Self-educated, he rose to become a successful copywriter and business owner in Cleveland and Elyria, Ohio. Anderson and Cornelia Lane married in 1904 and divorced in 1916 after having his only 3 children.[82] In 1912, Anderson had a nervous breakdown that led him to abandon his business and family to become a writer.

He moved to Chicago, where he fell in with Theodore Dreiser and Carl Sandburg, divorced his wife, and married the former mistress of Edgar Lee Masters, Tennessee Claflin Mitchell.

Anderson quickly married Mitchell in 1916 and obtained a divorce Reno, Nevada in 1924. That year Anderson married Elizabeth Norma Prall (1884–1976), a friend of William Faulkner's whom he had met in New York. After several years that marriage also failed. In 1928 Anderson became involved with Eleanor Gladys Copenhaver (1896–1985). In 1933, Anderson and Copenhaver married.[83] They traveled and often studied together. They were both active in the trade union movement.[84] Anderson also became close to Copenhaver's mother, Laura.[85]

His most enduring work is the short-story sequence Winesburg, Ohio,[1] which launched his career. Throughout the 1920s, Anderson published several short story collections, novels, memoirs, books of essays, and a book of poetry. Though his books sold reasonably well, Dark Laughter (1925), a novel inspired by Anderson's time in New Orleans during the 1920s, was his only bestseller. 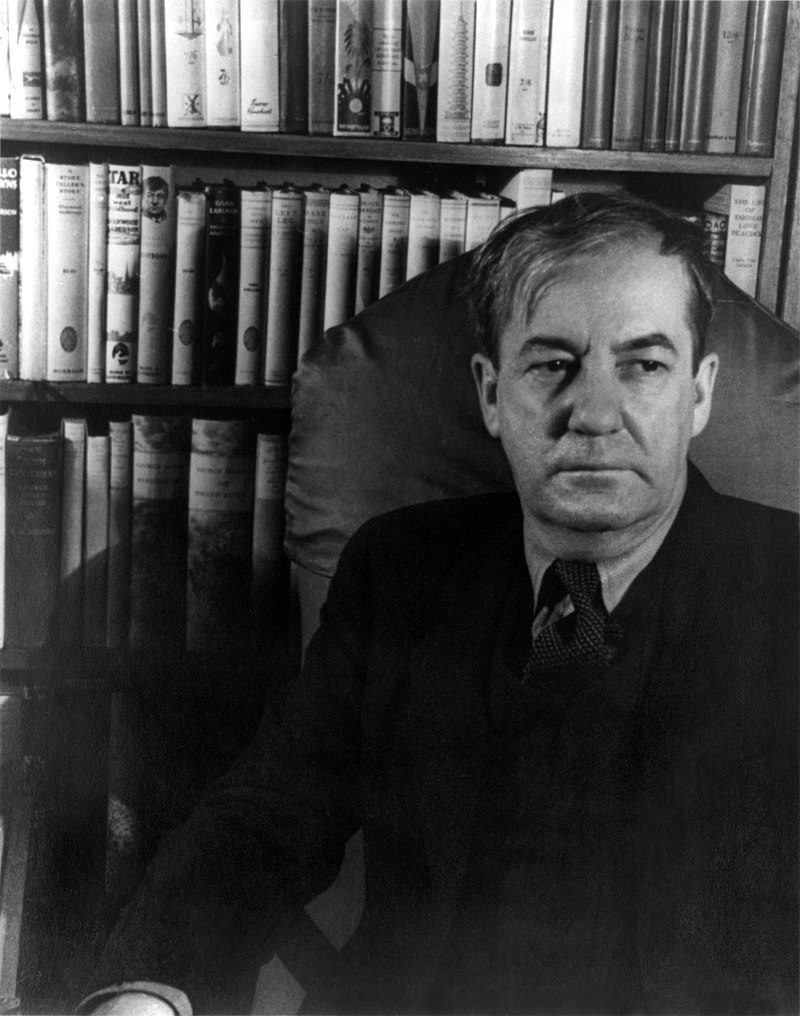 Sherwood Anderson first came to New Orleans in 1922, on the run from a failing marriage. He took an apartment on Royal Street and immediately went to the Double Dealer’s offices, where the editors were taken aback when this “shaggy looking man” walked in. Soon he settled into a pattern of morning work, frequent lunches and dinners with Lyle Saxon or his Double Dealer friends, “loafing on the wharfs” with Roark Bradford, and long walks with Adaline Katz, the Bohemian daughter of a local banker. “As for the girls, my dear,” Natalie Scott wrote in her newspaper column, “in two days he was ‘Sherry’ to them, and now I hear it is Cheri.” When he left after a few weeks, he told a friend he’d been “hopelessly vamped by New Orleans, the sweetest town on this continent” and that he was “going to live there sometime and be an old son of a bitch.” In fact, he added, “maybe I’ll go whole hog and be a nigger.” A year and a half later he did come back, with his new wife, Elizabeth, and soon the daily Item was hailing him as “the Lion of the Latin Quarter.” He resumed his practice of writing all morning and “loafing” all afternoon, this time with his young neighbor Lucille Antony or an aspiring young writer named Bill Faulkner, an acquaintance of Elizabeth’s from her New York days. Cicero Odiorne said Anderson “had a heart as big as his frame,” and Faulkner recalled him as “warm, generous, merry and fond of laughing, without pettiness.”

Anderson frequently contributed articles to newspapers. In 1935, he was commissioned to go to Franklin County, Virginia to cover a major federal trial of bootleggers and gangsters, in what was called "The Great Moonshine Conspiracy". More than 30 men had been indicted for trial. In his article, he said Franklin was the "wettest county in the world," a phrase used as a title for a 21st-century novel by Matt Bondurant.[86] In the 1930s, Anderson published Death in the Woods (short stories), Puzzled America (essays), and Kit Brandon: A Portrait (novel). In 1932, Anderson dedicated his novel Beyond Desire to Copenhaver. Although by this time he was considered to be less influential overall in American literature, some of what have become his most quoted passages were published in these later works. The books were otherwise considered inferior to his earlier ones. Beyond Desire built on his interest in the trade union movement and was set during the 1929 Loray Mill Strike in Gastonia, North Carolina. Hemingway referred to it satirically in his novel, To Have and Have Not (1937), where he included as a minor character an author working on a novel of Gastonia. In his later years, Anderson and Copenhaver lived on his Ripshin Farm in Troutdale, Virginia, which he purchased in 1927 for use during summers.[87] While living there, he contributed to a country newspaper, columns that were collected and published posthumously.[88]/p>

Anderson died on March 8, 1941, at the age of 64, taken ill during a cruise to South America. He had been feeling abdominal discomfort for a few days, which was later diagnosed as peritonitis. Anderson and his wife disembarked from the cruise liner Santa Lucia and went to the hospital in Colón, Panama, where he died on March 8.[89] An autopsy revealed that a swallowed toothpick had done internal damage resulting in peritonitis.[90][91] Anderson's body was returned to the United States, where he was buried at Round Hill Cemetery in Marion, Virginia. His epitaph reads, "Life, Not Death, Is the Great Adventure".[92]