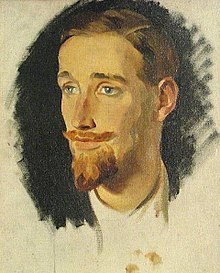 Heard was a guide and mentor to numerous well-known Americans, including Henry Luce and Clare Boothe Luce, and Bill Wilson, co-founder of Alcoholics Anonymous, in the 1950s and 1960s. His work was a forerunner of, and influence on, the consciousness development movement that has spread in the Western world since the 1960s.

The son of an Anglo-Irish clergyman, Heard was born in London. Heard studied history and theology at the University of Cambridge, graduating with honours in history. After working in other roles, he lectured from 1926 to 1929 for Oxford University's extramural studies programme. Heard took a strong interest in developments in the sciences. In 1929, he edited The Realist, a short-lived monthly journal of scientific humanism (its sponsors included H.G. Wells, Arnold Bennett, Julian Huxley, and Aldous Huxley). In 1927 Heard began lecturing for South Place Ethical Society. During this period he was Science Commentator for the BBC for five years.[2]

As a young man, he worked for the Agricultural Cooperative Movement in Ireland.[2] In the 1920s and early 1930s, he acted as the personal secretary of Sir Horace Plunkett, founder of the cooperative movement, who spent his last years at Weybridge, Surrey. Naomi Mitchison, who admired Plunkett and was a friend of Heard, wrote of that time: "H.P., as we all called him, was getting past his prime and often ill but struggling to go on with the work to which he was devoted. Gerald [Heard] who was shepherding him about fairly continually, apologized once for leaving a dinner party abruptly when H.P. was suddenly overwhelmed by exhaustion".[3]

Horace Plunkett owned real estate in the U.S. states of Nebraska and Wyoming, and left some properties to Heard in his will.[4]

From 1926 Heard's life companion was Christopher Wood, who, thanks to an inheritance, was also Heard's financial supporter. The relationship lasted until Heard's death in 1971.[11]

Toward the end of his life, Heard was given a bit of financial assistance by Henry Luce and Clare Booth Luce. Heard died on 14 August 1971 at his home in Santa Monica, California, of the effects of several earlier strokes he had, beginning in 1966.[4]