Valentin Louis Georges Eugène Marcel Proust (10 July 1871 – 18 November 1922), known as Marcel Proust, was a French novelist, critic, and essayist best known for his monumental novel À la recherche du temps perdu (In Search of Lost Time; earlier rendered as Remembrance of Things Past), published in seven parts between 1913 and 1927. He is considered by critics and writers to be one of the most influential authors of the 20th century.[2][3]

Proust is believed to have been homosexual, and his sexuality and relationships with men are often discussed by his biographers.[17] Although his housekeeper, Céleste Albaret, denies this aspect of Proust's sexuality in her memoirs,[18] her denial runs contrary to the statements of many of Proust's friends and contemporaries, including his fellow writer André Gide[19] as well as his valet Ernest A. Forssgren.[20]

Proust never openly admitted to his homosexuality, though his family and close friends either knew or suspected it. In 1897, he even fought a duel with writer Jean Lorrain, who publicly questioned the nature of Proust's relationship with Lucien Daudet (both duelists survived).[21] Despite Proust's own public denial, his romantic relationship with composer Reynaldo Hahn,[14] and his infatuation with his chauffeur and secretary, Alfred Agostinelli, are well documented.[22]

The exact influence of Proust's sexuality on his writing is a topic of debate.[23] However, In Search of Lost Time discusses homosexuality at length and features several principal characters, both men and women, who are either homosexual or bisexual: the Baron de Charlus, Robert de Saint-Loup, and Albertine Simonet.[24] Homosexuality also appears as a theme in Les plaisirs et les jours and his unfinished novel, Jean Santeuil. 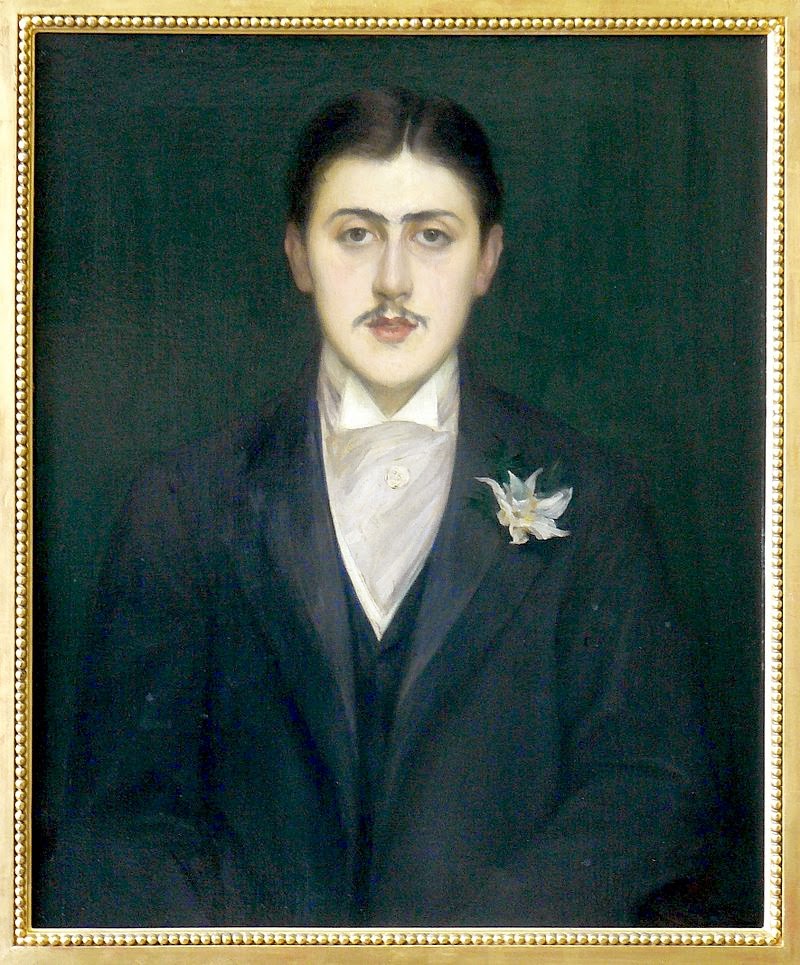 When a youthful John Singer Sargent was first launching his career, some of his closest associates were very flamboyant. Most conspicuous among them was Robert de Montesquiou - "the so-called "Prince of Decadence"" - whose incarnation of dandified aestheticism was to Paris what Oscar Wilde's was to London. Another was Samuel Jean de Pozzi, whose sexual exploits were almost as legendary as his pioneering work in the field of gynecology; both aspects of his character were dashingly suggested in Sargent's full-lenght portrait of 1881, Dr. Pozzi at Home. In the summer of 1885, Sargent have these friends (and the composer Prince Edmond de Polignac) a collective letter of introduction to Henry James, who dutifully arranged a dinner for them to meet James Abbott McNeill Whistler for a chance to see the artist's fabled "Peacock Room" in the home of Frederick Richards Leyland, a shipping magnate whose house was at 49 Prince's Gate. According to James, "on the whole nothing that relates to Whistler is queerer than anything else." That all three Frenchmen would later resurface in the masterwork A la recherche du temps perdu) of another gay writer, Marcel Proust, makes the anterior coincidence queerer still.