Sergei Pavlovich Diaghilev (31 March [O.S. 19 March] 1872 – 19 August 1929), usually referred to outside Russia as Serge Diaghilev, was a Russian art critic, patron, ballet impresario and founder of the Ballets Russes, from which many famous dancers and choreographers would arise.

Diaghilev's emotional life and the Ballets Russes were inextricably entwined. His most famous lover was Vaslav Nijinsky. However, according to Serge Lifar, of all Diaghilev's lovers, only Léonide Massine, who replaced Nijinsky, provided him with "so many moments of happiness or anguish."[10] Diaghilev's other lovers included Anton Dolin, Serge Lifar and his secretary and librettist Boris Kochno. Ironically, his last lover, composer and conductor Igor Markevitch later married the daughter of Nijinsky. They even named their son Vaslav.[11]

Diaghilev dismissed Nijinsky summarily from the Ballets Russes after the dancer's marriage in 1913. Nijinsky appeared again with the company, but the old relationship between the men was never re-established; moreover, Nijinsky's magic as a dancer was much diminished by incipient madness. Their last meeting was after Nijinsky's mind had given way, and he appeared not to recognise his former lover.

Diaghilev was known as a hard, demanding, even frightening taskmaster. Ninette de Valois, no shrinking violet, said she was too afraid to ever look him in the face. George Balanchine said he carried around a cane during rehearsals, and banged it angrily when he was displeased. Other dancers said he would shoot them down with one look, or a cold comment. On the other hand, he was capable of great kindness, and when stranded with his bankrupt company in Spain during the 1914–18 war, gave his last bit of cash to Lydia Sokolova to buy medical care for her daughter. Alicia Markova was very young when she joined the Ballet Russes and would later say that she had called Diaghilev "Sergypops" and he had said he would take care of her like a daughter. 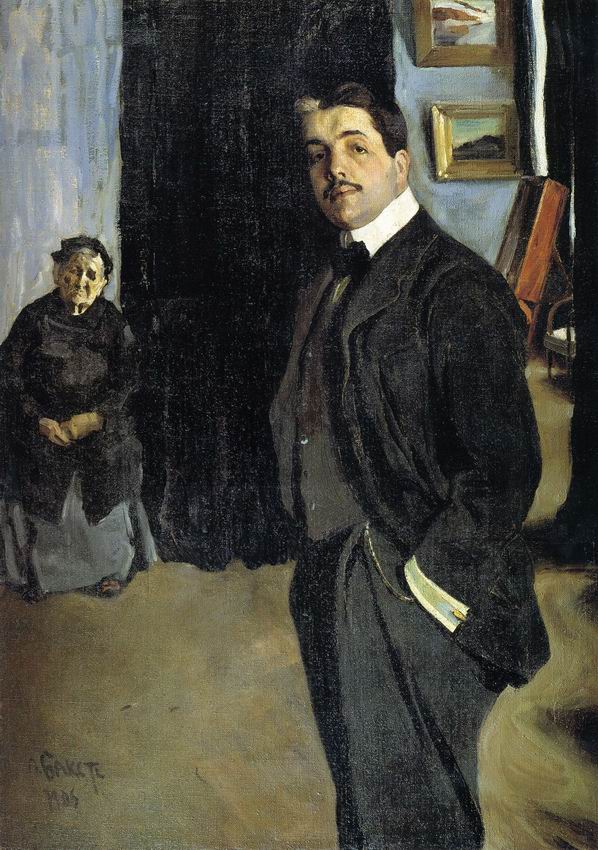 Portrait of Serge Diaghilev with His Nanny, by Léon Bakst (1906)

Dancers such as Alicia Markova, Tamara Karsavina, Serge Lifar, and Lydia Sokolova remembered Diaghilev fondly, as a stern but kind father-figure who put the needs of his dancers and company above his own. He lived from paycheck to paycheck to finance his company, and though he spent considerable amounts of money on a splendid collection of rare books at the end of his life, many people noticed that his impeccably cut suits had frayed cuffs and trouser-ends. The film The Red Shoes is a thinly disguised dramatization of the Ballet Russes.

In the spring of 1928, Rupert Doone turned down the chance to tour as Anna Pavlova’s partner; but this left him free, in July of the following year, to accept an invitation to join Serge Diaghilev’s Ballets Russes as a soloist.

Throughout his life, Diaghilev was severely afraid of dying in water, and avoided traveling by boat. He died of diabetes[12] in Venice on 19 August 1929, and is buried on the nearby island of San Michele, near to the grave of Stravinsky, in the Orthodox section.[13]

The Ekstrom Collection of the Diaghilev and Stravinsky Foundation is held by the Department of Theatre and Performance of the Victoria and Albert Museum.[14]