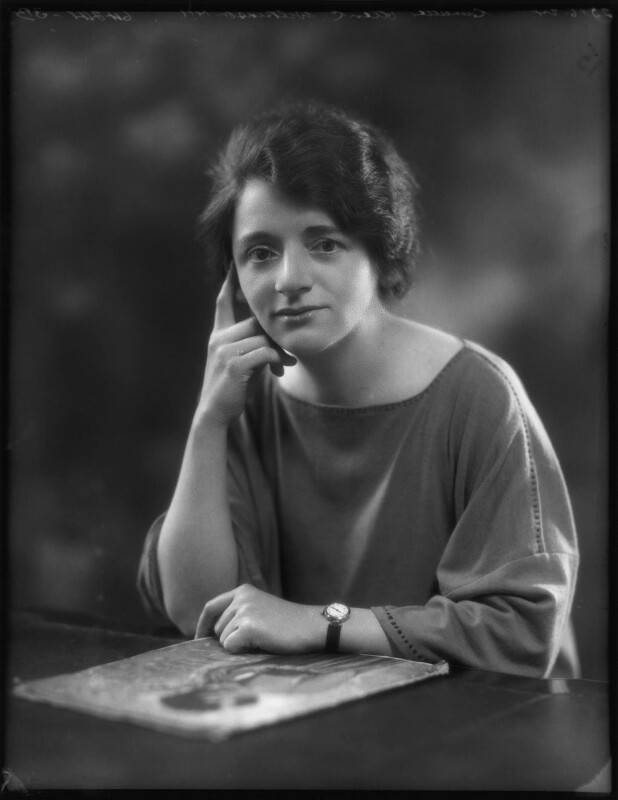 Ellen Cicely Wilkinson (8 October 1891 – 6 February 1947) was the first woman M. for Education (Labour) in 1945. Her name and picture (and those of 58 other women and men's suffrage supporters) are on the plinth of the statue of Millicent Fawcett in Parliament Square, London, unveiled in 2018. Ellen Wilkinson was a close friend of Lady Astor, Mary Agnes Hamilton, Vera Brittain, Margaret Rhondda, Winifred Holtby and Gwen Raverat.

She was a British Labour Party politician who served as Minister of Education from July 1945 until her death. She was the first female Minister of Education. Earlier in her career, as the Member of Parliament (MP) for Jarrow, she became a national figure when she played a prominent role in the 1936 Jarrow March of the town's unemployed to London to petition for the right to work. Although unsuccessful at that time, the March provided an iconic image for the 1930s and helped to form post-Second World War attitudes to unemployment and social justice.

Wilkinson was born into a poor though ambitious Manchester family and she embraced socialism at an early age. After graduating from the University of Manchester (B.A. History 1913 and M.A. 1914), she worked for a women's suffrage organisation and later as a trade union officer. Inspired by the Russian Revolution of 1917, Wilkinson joined the British Communist Party, and preached revolutionary socialism while seeking constitutional routes to political power through the Labour Party. She was elected Labour MP for Middlesbrough East in 1924, and supported the 1926 General Strike. In the 1929–31 Labour government, she served as Parliamentary Private Secretary to the junior Health Minister. She made a connection with a young female member and activist Jennie Lee. Following her defeat at Middlesbrough in 1931, Wilkinson became a prolific journalist and writer, before returning to parliament as Jarrow's MP in 1935. She was a strong advocate for the Republican government in the Spanish Civil War, and made several visits to the battle zones.

On 16 June 1932, at the Dorchester Hotel on Park Lane, London, a number of British women writers and readers gathered for a Reception given by Time and Tide, the feminist weekly newspaper founded by Lady Margaret Rhondda in 1920. According to a report printed in The Times the next day, among those who had accepted invitations to be present were: Phyllis Bentley, Stella Benson, Vera Brittain, Professor Winifred Cullis, E.M. Delafield, Susan Ertz, Eleanor Farjeon, Cicely Hamilton, Winifred Holtby, Sylvia Lynd, Rose Macaulay, Naomi Mitchison, Edith Shackleton, Rebecca West and Ellen Wilkinson. Years later, Naomi Mitchison described Time and Tide as 'the first avowedly feminist literary journal with any class, in some ways ahead of its time', which in the early 1930s was 'in full flood, with a number of good authors writing for it'.

During the Second World War, Wilkinson served in Churchill's wartime coalition as a junior minister, mainly at the Ministry of Home Security where she worked under Herbert Morrison. She supported Morrison's attempts to replace Clement Attlee as the Labour Party's leader; nevertheless, when he formed his postwar government, Attlee appointed Wilkinson as Minister of Education. By this time, her health was poor, a legacy of years of overwork. She saw her main task in office as the implementation of the wartime coalition's 1944 Education Act, rather than the more radical introduction of comprehensive schools favoured by many in the Labour Party. Much of her energy was applied to organising the raising of the school-leaving age from 14 to 15.

Nina Boyle’s political and friendship network was far-reaching and on her death in 1943, a memorial fund was set up by her women colleagues specifically to keep alive the political issues that Nina Boyle fought for all her feminist career. The Nina Boyle Memorial Committee comprised Cicely Hamilton as chairwoman, Elsa Gye as honorary secretary and Marie Lawson, honorary treasurer. Members of Parliament who were also patrons to the Nina Boyle Memorial Fund included Eleanor Rathbone, Nancy Astor, Ellen Wilkinson, Irene Ward, Dr. Edith Summerskill and Megan Lloyd George.

During the exceptionally cold weather of early 1947, Wilkinson succumbed to a bronchial disease, and died after an overdose of medication, which the coroner at her inquest declared was accidental.