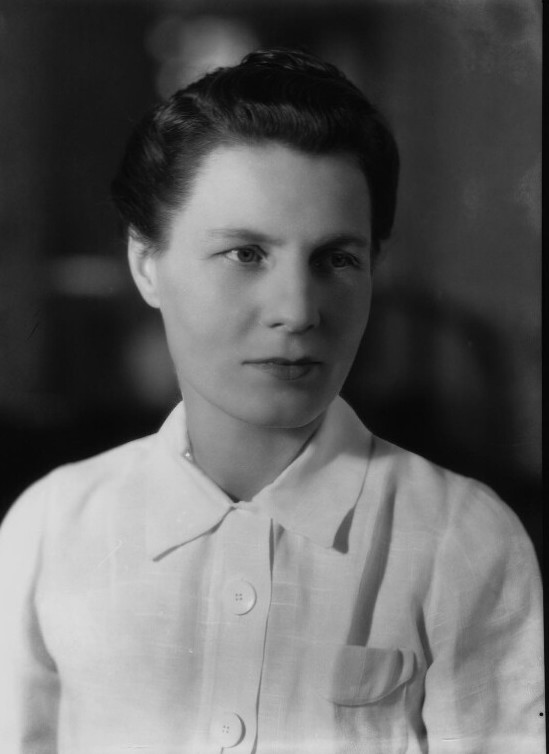 She was a British physician, feminist, Labour politician and writer. She was appointed to the Privy Council in 1949. Nina Boyle’s political and friendship network was far-reaching and on her death in 1943, a memorial fund was set up by her women colleagues specifically to keep alive the political issues that Nina Boyle fought for all her feminist career. The Nina Boyle Memorial Committee comprised Cicely Hamilton as chairwoman, Elsa Gye as honorary secretary and Marie Lawson, honorary treasurer. Members of Parliament who were also patrons to the Nina Boyle Memorial Fund included Eleanor Rathbone, Nancy Astor, Ellen Wilkinson, Irene Ward, Dr. Edith Summerskill and Megan Lloyd George.

Summerskill was educated at King's College London, and was admitted to medical school at Charing Cross Hospital Medical School, one of the earliest women to be admitted to medical school. She was one of the founders of the Socialist Health Association, which spearheaded the National Health Service (1948). She pressed for equal rights for women in the British Home Guard. In 1938, she was involved with the Married Women's Association to promote equality in marriage. It was formed as a splinter group that was created with Juanita Frances as its first chair.[1] Summerskill became its first president.

Summerskill entered politics at 32 when she was asked to fight the Green Lanes ward in Harringay in the Middlesex County Council elections.[2] She then served as a councillor on Middlesex County Council from 1934 until 1941. She stood for a seat in the House of Commons unsuccessfully at the Putney byelection in 1934 and Bury at the 1935 general election, before becoming Labour Member of Parliament (MP) for Fulham West at a by-election in 1938 thanks to the working women's vote. She caused some disquiet by taking the seat in her maiden name. When the Fulham West constituency was abolished for the 1955 general election, she was returned to the House of Commons as MP for Warrington. Summerskill was included in Clement Attlee's Labour government following the election victory in 1945. She served as a Parliamentary Secretary in the Ministry of Food, and was later promoted to the Ministry of Social and National Insurance, heading the department she was profiled as the Minister of National Insurance, however she was not a cabinet minister. As well as her service in government, Summerskill also served on the House of Commons Political Honours Scrutiny Committee from 1967 to 1976. Summerskill served as Parliamentary Secretary to the Ministry of Food (1945–50) and as Minister of National Insurance (1950–51). She was a member of the Labour Party's National Executive Committee from 1944 to 1958 and served as Chair of the Labour Party 1954-5). She left the House of Commons in 1961 and was created a life peer as Baroness Summerskill, of Ken Wood in the County of London on 4 February 1961.[3] Furthermore, she was awarded an additional honour being initiated into the Order of the Companions of Honour (CH) in 1966.[4] Summerskill appears in a specially selected list of Fabian Society members from 1942 to 1947, showing continuity and prestige. An active feminist, she was instrumental in promoting women's causes throughout that period, starting with the Clean Milk Act in 1949. Later, as the president of the Married Women's Association, she campaigned in and outside the parliament to assure the equal rights of housewives and of divorced women, which resulted in the Married Women's Properties Act in 1964 and the Matrimonial Homes Act in 1967.

Summerskill was married in 1925 to Dr Jeffrey Samuel. Their children took their mother's surname. Her daughter, Shirley Summerskill, also served as a physician, member of parliament and government minister. Her grandson Ben Summerskill became Chief Executive of the British gay equality charity Stonewall in 2003.