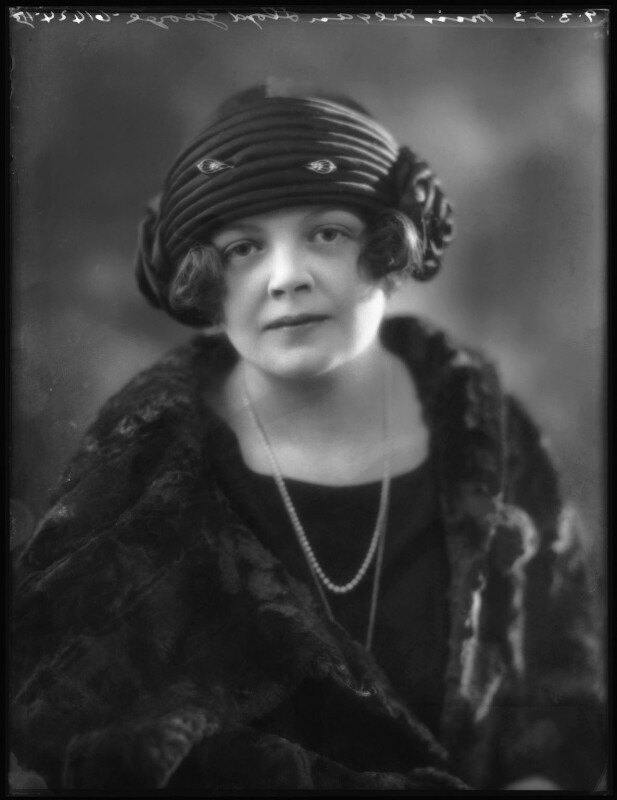 Lady Megan Arvon Lloyd George, CH (22 April 1902 – 14 May 1966), born Megan Arvon George, was a Welsh politician, who became the first female Member of Parliament (MP) for a Welsh constituency. She also served as Deputy Leader of the Liberal Party, before later becoming a Labour MP. In 2016, she was named as one of "the 50 greatest Welsh men and women of all time".[1] Nina Boyle’s political and friendship network was far-reaching and on her death in 1943, a memorial fund was set up by her women colleagues specifically to keep alive the political issues that Nina Boyle fought for all her feminist career. The Nina Boyle Memorial Committee comprised Cicely Hamilton as chairwoman, Elsa Gye as honorary secretary and Marie Lawson, honorary treasurer. Members of Parliament who were also patrons to the Nina Boyle Memorial Fund included Eleanor Rathbone, Nancy Astor, Ellen Wilkinson, Irene Ward, Dr. Edith Summerskill and Megan Lloyd George.

She was the youngest child of David Lloyd George and his wife, Margaret, being born in 1902 in Criccieth, Caernarfonshire. Her name at birth was registered as "Megan Arvon George", but she was known as "Megan Lloyd George". After her father was raised to the peerage as Earl Lloyd-George of Dwyfor, she was accorded the style of Lady Megan Lloyd George.[2]

Lloyd George was imaginative and "sprite-like" when young, and was described in the local press as a "daring sceptic", disliking her father's stories of Daniel in the lions' den.[3][4] Around the age of five, she would travel with her father to their house in Brighton, and delight his guests by bringing them an early morning cup of tea while they were still in bed.[4] She began public engagements at an early age, and on 16 November 1910, at the age of eight, performed the opening ceremony of the extension of the Claremont Central Mission in Pentonville.[5]

Like her brother, Gwilym, she followed her father into politics. She became the first female MP in Wales when she won Anglesey for the Liberals in 1929. Along with her father, she refused to support Ramsay MacDonald's National Government in 1931 and successfully held Anglesey as an opposition Liberal at the 1931 General Election. She held the seat again as a Liberal from 1935 to 1951. During World War II, she was a member of Radical Action, which called for a more radical political stance and for the party to withdraw from the war-time electoral truce. Throughout the 1940s and 1950s she campaigned for a Welsh Parliament and the creation of a Secretary of State for Wales. Prominent among the radicals in the Liberal Party, she opposed what she saw as the party's drift away from her father's brand of liberalism. During the late 1940s, Lady Megan (as she was universally known) remained on friendly terms with Clement Attlee and there were rumours that she would join the Labour Party.[6] In 1949, Lady Megan was elected Deputy Leader of the Liberal Party in a bid to create unity, but after losing her seat she stood down in 1952. Disillusioned with the Liberals, she indicated in November that year that she would not stand again in Anglesey.[7]

In 1955, Lady Megan defected to the Labour Party. In 1957, she stood against the Liberals as the Labour Party candidate at a by-election in Carmarthen and won the seat, which she held until her death from breast cancer at Pwllheli in 1966, aged 64. She was Lord Noel-Baker's romantic partner from 1936 until Lady Noel-Baker's death in 1966.[8] Lady Megan received posthumous appointment as a Companion of Honour in the Dissolution Honours List published five days after her death.[9]