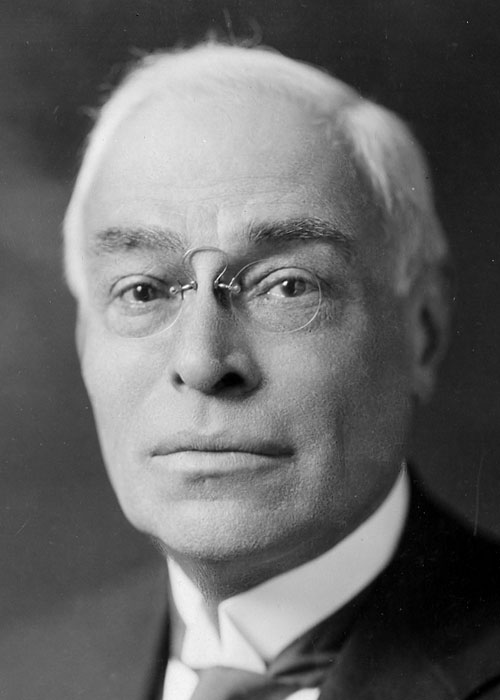 Wallace deGroot Cecil Rice (1859–1939) was an American author and vexillographer.[1]

Wallace Rice was born 10 November 1859, to John Asaph Rice (1829–1888) and Margaret Van Slyke Culver (ca 1829–1891) in Hamilton, Ontario, while his parents were temporarily residing in Canada. His father John Asaph Rice was a hotelier in Chicago, the owner successively of the Old Sherman House, the Grand Pacific Hotel, and the historic Tremont Hotel, and noted collector of rare books, manuscripts, and Americana.[2][3] Wallace deGroot Cecil Rice was a direct descendant of Edmund Rice, an early immigrant to Massachusetts Bay Colony.[9]

As a boy, Rice attended grammar school of Racine College. After graduating from Harvard University in 1883, Rice was admitted to the bar in Chicago in November 1884. He married Minnie (Hale) Angier on 8 August 1889 in Chicago, Illinois, and they had two sons, John and Benjamin.[4] Rice was divorced from his wife Minnie prior to 1920 and he never remarried.[5][6]

Rice was a newspaperman in Chicago writing for the Chicago Tribune and the Chicago Herald American, and was a literary adviser and editor for several Chicago-based publishing houses.[4] In 1917, he designed Chicago's flag.[7] He compiled a number of stories and anecdotes from newspapers around the country. One of his major anthology works was in collaboration with Clarence Darrow in the editing of Infidels and Heretics published in 1929. He was also an accomplished author in his own right, writing historical pageants, including one celebrating Illinois' centennial and another for the semi-centennial of Birmingham, Alabama.[1]][8] He was also a poet and essayist. Rice died on 15 December 1939 in Chicago.[1]

He had his office at 220 S. Michigan Avenue and lived at 2701 Best Avenue, Chicago, Illinois.