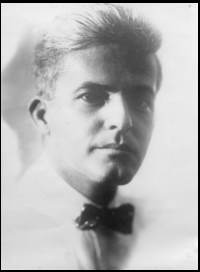 William Alexander Percy (May 14, 1885 – January 21, 1942), was a lawyer, planter, and poet from Greenville, Mississippi. His autobiography Lanterns on the Levee (Knopf 1941) became a bestseller. His father LeRoy Percy was the last United States Senator from Mississippi elected by the legislature. In a largely Protestant state, the younger Percy championed the Roman Catholicism of his French mother. In his biography of Percy, William Alexander Percy: The Curious Life of a Mississippi Planter and Sexual Freethinker, Benjamin E. Wise explores the complex and changing codes of gay identification in the latter nineteenth century. Wise traces a long history of same-sex intimacy in Greenville, beginning not with William Alexander but with his uncle, William Armstrong Percy. Ben Wasson, a friend of William Faulkner’s born in Greenville in 1900 and himself gay, knew William Alexander Percy and even introduced Faulkner to him in 1921.

He was born to Camille Bourges (1862–1929), a French Catholic, and LeRoy Percy (1860–1929), of the planter class in Mississippi, and grew up in Greenville on the big river. His father was elected as US senator in 1910. Percy was born into a prosperous Southern clan that traced its roots back to one Charles Percy, who in 1775 or 1776 sailed from the West Indies with a boatload of slaves to Louisiana. The territory was then called West Florida and held by the English. The Peace of Paris (1783) transferred it to Spanish control. In recognition of his growing prominence in the colony, the Spanish governor made Charles Percy an alcalde, that is, a local officer with both administrative and judicial powers. Over time, Don Carlos's descendants continued to play a significant role in the life of the Deep South. LeRoy Percy, William Alexander's father, was US senator from Mississippi; Walker Percy (1916-1990), grandson of one of William Alexander's uncles, became a distinguished novelist. As an attorney and planter with 20,000 acres under cultivation for cotton, William Alexander Percy was very influential at the Episcopal university, Sewanee: The University of the South in Sewanee, Tennessee, a postbellum tradition in his family. He spent a year in Paris before going to Harvard for a law degree. After returning to Greenville, Percy joined his father's firm in the practice of law. A passage from Lanterns recalls how, upon retruning home from Harvard Law School, William Alexander admits he was in effect "a sissy" and no doubt a disappointment to his father: "His heart must often have called piteously for the little brother I had lost, all boy." 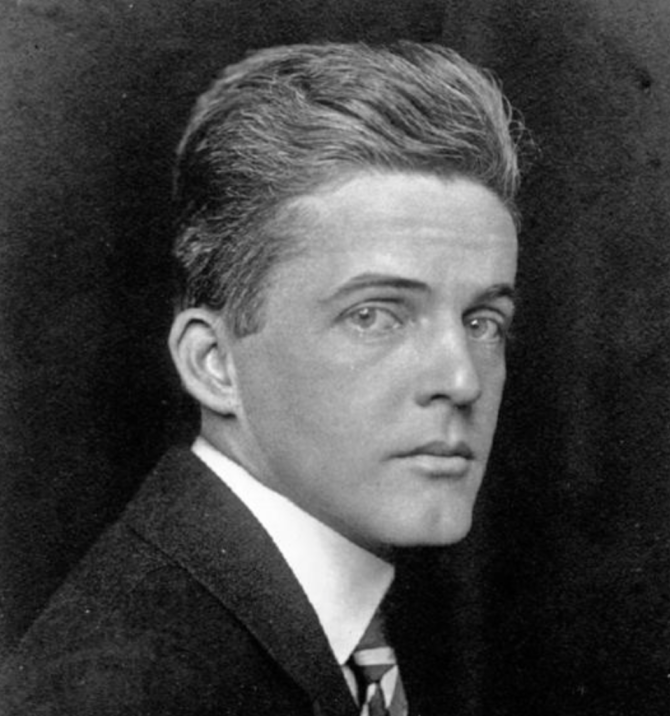 Bertram Wyatt-Brown, Richard J. Milbauer Professor of History at the University of Florida, wrote The House of Percy: Honor, Melancholy, and Imagination in a Southern Family. He records William Alexander's lack of any sexual interest in women and alludes to his yearning for male sexual companionship when in Paris, after his graduation from the University of the South at Sewanee. Millie Commodore was born in Greenville in 1915; she spoke easily about William Alexander's black boyfriends, a chauffeur she remembered only as Ernest and Ford Atkins, a classmate of Millie and close friend of her husband, Augustus "Buster" Commodore. The mother of Ford worked as a maid in the house of William Alexander Percy. After years working for the Percys, William Alexander sent Ford to Detroit to get him an education. He specialized in mechanics. After he finished, he moved back to Greenville, but after that, his relationship with William Alexander Percy was not the same as before. Percy devoted an entire chapter of Lantern on the Levee to Ford; apparently Percy, seen in the shower by Ford, heard him declare, You ain't nothing but a little old fat man. As a consequences, they parted ways.

Lady Percy McKinney (1866-1937), herself a lesbian, spoke often of William Alexander Percy's gay life in Mississippi. William Armstrong Percy II (1906-1971), who had once spent a year in Greenville with William Alexander and his family (William Alexander's father had become William Armstrong's guardian), often spoke disapprovingly of his "effeminate" cousin. His wife, Anne Louise Dent (1910–1994), using the oblique language, made mention of William Alexander's "boyfriend" Thomas Seymour Shields (1891-1941), whom she had met on more than one occasion. Lewis Baker in The Percys of Mississippi : politics and literature in the new South, reports in moving details Tommy's death: "During his last days Shields cried out for Will in his lucid moments." Willliam Alexander Percy saw to it that Tommy, a white man, was buried in the Percy plot.

William Alexander Percy devoted a significant portion of his life to poetry. Yale University Press published the first three of his four volumes of verse, Sappho in Levkas (1915), In April Once (1920), Enzio's Kingdom (1924), and Selected Poems (1930), and made him editor of the Yale Series of Younger Poets in 1923, 1925, and from 1927 to 1931. A Southern man of letters, Percy befriended many fellow writers, Southern, Northern and European, including William Faulkner. He socialized with Langston Hughes and other people in and about the Harlem Renaissance. Percy was a sort of godfather to the Fugitives at Vanderbilt, or Southern Agrarians, as John Crowe Ransom, Allen Tate and Robert Penn Warren were often called.

During World War I, Percy joined the Commission for Relief in Belgium in November 1916. He served in Belgium as a delegate until the withdrawal of American personnel upon the U.S. declaration of war in April 1917. He served in the US Army in World War I, earning the rank of Captain and the Croix de Guerre..

When Allen Tate, John Crowe Ransom and others founded the Fugitive, Percy was among the three or four poets in the South asked to contribute to their December 1922 visitors number.

Percy's family was plagued with suicides, including his first cousin LeRoy Pratt Percy (1889-1929) and possibly this latter wife Martha Susan (Mattie Sue) Phinizy (1890-1932), who died in an auto accident. The venerable Charles Percy (1740-1794), known to suffer from melancholia, one day tied a kettke to his nech and drowned himself in a creek. Suicide ended the lives also of Charles's grandson, Dr. Leroy Pope Percy (1825-1882) and great-grandson Walker Percy Sr. (1864-1917) and of Walker's son, LeRoy Pratt Percy Sr. (1889-1929). Depression haunted William Alexander Percy, his novelist cousing once wrote of him: "When I tried to remember his eyes, I cannot see them otherwise than as shadowed by sadness." Sarah Percy Ellis Ware (1781-1836), eldest daughter of Charles Percy, had to be treated at the Pennsylvania Hospital. Lady Percy McKinney (1866-1937) entered the Phipps Psychiatric Clinic in Baltimore soon after her brother, Walker, killed himself in 1917. William Alexander's cousin, Ellen Percy Murphy (1893-1968), too, suffered from severe mental illness, and Walker Percy (1916-1990) was known to experience "moods." When a medical student in New York, he spent considerable time with the psychiatrist Janet Rioch. William Alexander's aunt, Fanny, was a morphine addict.

William Faulkner reviewed William Alexander Percy’s volume of poetry In April Once. Percy read the review and did not appreciate it. When Ben Wasson introduced Faulkner to Percy in Greenville in 1921, the meeting did not go well.

Percy was the playwright behind a one-act scene in a volume of poetry "In April Once" (1920). The 1924 anonymous anthology of Uranian poetry Men and Boys contains one work by William Alexander Percy. It bears the title "A Page's Song", and is signed A.W. Percy. The work is almost identical to a poem from Sappho in Levkas (1915) called "A Page's Road Song." William Alexander Percy knew the openly homosexual British write Norman Douglas, whom he visited in Capri, and in 1929 he composed a short foreword to Douglas' Birds and Beasts of the Greek Anthology. In the United States, William Alexander Percy had three prominent gay friends, the art historian Gerstle Mack, who popularized Picasso in America; Harry Stack Sullivan, a prominent psychiatrist; and Huger Jervey, professor of international law at Columbia. Indeed, with Jervey, William Alexander Percy bought Brinkwood, a summer house in MountEagle, Tennessee, near Sewanee.

Percy's most well-known work is his memoir, Lanterns on the Levee: Recollections of a Planter's Son (1941). His other works include the text of "They Cast Their Nets in Galilee," which is included in the Episcopal Hymnal (1982), and the Collected Poems (1943).

A friend of Herbert Hoover from the Belgium Relief Effort during the early years of World War I, Percy was put in charge of relief during the great flood of 1927, when an area larger than all New England (minus Maine) was inundated in the spring. During the flood, thousands of blacks fleeing farms and plantations under water sought refuge on the levee in Greenville. Percy believed that the refugees needed to be evacuated to Vicksburg to receive better care and food, and arranged for ships to prepare to remove them.

The year before his death, Percy published his autobiography and family history, Lanterns on the Levee: Recollections of a Planter's Son (1941), which in 1983 a critic called one of the South's favorite books.