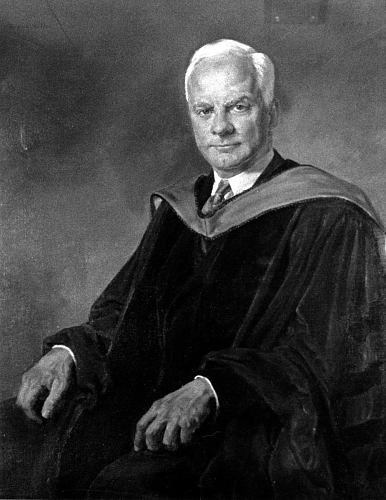 Huger W. Jervey (September 20, 1878 – July 27, 1949) was an American lawyer, professor, and dean of Columbia Law School.[1] Jervey assumed the position as dean at Columbia Law after Harlan Fiske Stone in 1924.[1] He resigned from the position in 1928.[2] He was a professor of law at Columbia from 1923 to 1949,[3] and also became the head of Columbia's Parker School of Foreign and Comparative Law in 1931.[3] William Alexander Percy had three prominent gay friends, the art historian Gerstle Mack, who popularized Picasso in America; Harry Stack Sullivan, a prominent psychiatrist; and Huger Jervey, professor of international law at Columbia. Indeed, with Jervey, William Alexander Percy bought Brinkwood, a summer house in MountEagle, Tennessee, near Sewanee.

Jervey taught Greek as an assistant professor at the University of the South until 1909. The next year he entered Columbia Law School where he served as editor of the Columbia Law Review.[4] Jervey served in the U.S. Army in France during World War I[4] and later with the General Staff Corps of the Army. He became a professor of law at Columbia Law in 1923. At his induction as dean of Columbia Law School[5] U.S. Attorney General Harlan F. Stone spoke.[6]