Sarah Margaret Fuller Ossoli (May 23, 1810 – July 19, 1850), commonly known as Margaret Fuller, was an American journalist, critic, and women's rights advocate associated with the American transcendentalism movement. She was the first full-time American female book reviewer in journalism. Her book Woman in the Nineteenth Century is considered the first major feminist work in the United States. Such major figures as Emily Dickinson, Ralph Waldo Emerson, and Margaret Fuller glorified same-sex friendship, while Walt Whitman filled his poetry with robust imagery celebrating male "ashesiveness". Louisa May Alcott extolled the virtues of intimate same-sex friendship in her 1870 novel An Old-Fashioned Girl, in which she describes the lives of two women artists. During her short life, Fuller had romantic friendship with English suffragettes Harriet Martineau, Caroline Sturgis, and Elizabeth Peabody. For Margaret Fuller, homosexual love ‘was a key which unlocked for me many a treasure which I still possess; it was the carbuncle which cast light into many of the darkest caverns of human nature’.

Margaret Fuller, a friend and protegee of Ralph Waldo Emerson, was one of the most brilliant and scholarly American women of the period, and certainly the first to theorize on the subject of same-sex relationships. While living in Jamaica Plain, she wrote a revolutionary feminist work titled Woman in the Nineteenth Century (1845), in which she states, "The growth of Man, is two-fold, masculine and feminine", meaning that everyone possessed both masculine and feminine qualities. Fuller's relationship with her young cousin, Anna Barker, was described by one historian as "Margaret's most cherished romantic love." After Anna Barker's marriage in 1840, Fuller reminisced: "She loved me too... that night when she leaned on me, and her eyes were such a deep violet blue like the night, as they never were before, and we felt such a mystic thrill, and knew what we had never felt before." Fuller was firm in her belief that "it is so true that a woman may be in love with a woman, a man with a man."

Fuller was an advocate of women's rights and, in particular, women's education and the right to employment. She also encouraged many other reforms in society, including prison reform and the emancipation of slaves in the United States. Many other advocates for women's rights and feminism, including Susan B. Anthony, cite Fuller as a source of inspiration. Many of her contemporaries, however, were not supportive, including her former friend Harriet Martineau. She said that Fuller was a talker rather than an activist. Shortly after Fuller's death, her importance faded; the editors who prepared her letters to be published, believing her fame would be short-lived, censored or altered much of her work before publication.

Born Sarah Margaret Fuller in Cambridge, Massachusetts, she was given a substantial early education by her father, Timothy Fuller. She later had more formal schooling and became a teacher before, in 1839, she began overseeing what she called "conversations": discussions among women meant to compensate for their lack of access to higher education. As one of the great intellects of her time, Margaret Fuller asserted leadership among Boston feminists by instituting her “Conversations” in 1839. For five years she led a “gifted and extraordinary circle” of feminine colleagues in conversation. Progressive women of all stripes attended these meetings, including Lydia Maria Child and others active in the Boston Female Anti-Slavery Society. Elizabeth Peabody, a Boston-area educator and reformer, hosted the meetings at her bookstore on West Street in Boston. Her sister Sophia Peabody, future wife of Nathaniel Hawthorne and artist in her own right, also appeared at these meetings. It is likely that the sculptor Sarah Fisher Ames participated as well. Attending the Conversations for three years, Ednah Dow Cheney, the future director of the School of Design for Women in Boston, wrote that Fuller “did not make us her disciples, her blind followers. She opened the book of life and helped us to read it for ourselves.” 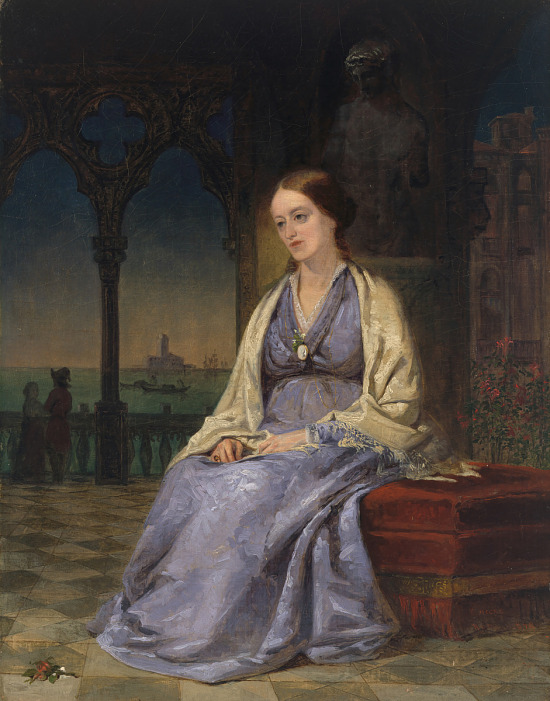 Fuller became the first editor of the transcendentalist journal The Dial in 1840, before joining the staff of the New York Tribune under Horace Greeley in 1844. By the time she was in her 30s, Fuller had earned a reputation as the best-read person in New England, male or female, and became the first woman allowed to use the library at Harvard College. Her seminal work, Woman in the Nineteenth Century, was published in 1845. A year later, she was sent to Europe for the Tribune as its first female correspondent. She soon became involved with the revolutions in Italy and allied herself with Giuseppe Mazzini. She had a relationship with Giovanni Ossoli, with whom she had a child. All three members of the family died in a shipwreck off Fire Island, New York, as they were traveling to the United States in 1850. Fuller's body was never recovered.