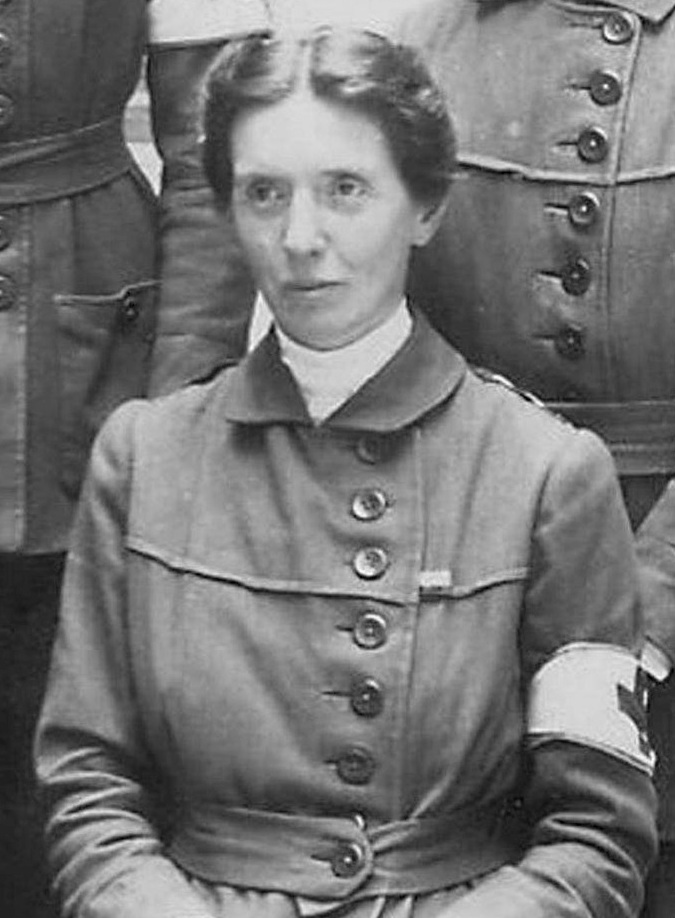 Flora Murray, CBE (8 May 1869 – 28 July 1923)[1] was a Scottish medical pioneer, and a member of the Women's Social and Political Union suffragettes.[2] From 1914 to the end of her life, she lived with her partner and doctor Louisa Garrett Anderson.[3] Before that, Murray lived for a number of years with Dr Elsie Inglis, founder of the Scottish Women’s Hospitals, in Edinburgh. In May 1915, Drs Louisa Garrett Anderson and Flora Murray founded the Endell Street military hospital in London and from 1916 onwards, women doctors began to work in hospitals on the front line in Malta, Salonika, Egypt, India, East Africa and Palestine.

Flora Murray and Louisa Garrett Anderson, a formidably competent couple, established the first of the hospitals set up and staffed by women in Europe and Russia during the First World War in a Parisian hotel in September 1914. Murray’s partner, Louisa Garrett Anderson, was the daughter of Elizabeth Garrett Anderson, a woman whose story is central to the mid-Victorian women’s movement and whose famously determined struggle to become a doctor placed her as the first woman on the Medical Register in 1865. Murray and Anderson found each other through the suffrage campaign. Their intimate companionship, ‘effectively a marriage’ marked by identical diamond rings, lasted until Murray’s death in 1923; the gravestone in the churchyard near where they lived in Buckinghamshire bears the epitaph ‘We were gloriously happy’.

Unlike the mass of women who had female partners during the period 1890-1960, there is information about a fascinating group of pioneering women doctors in Britain: there are biographies and auto-biographies, appearances in contemporary reminiscences and surveys of successful women, obituaries and entries in the Dictionary of National Biography and Who's Who. These particular women — Louisa Martindale, Louisa Aldrich Blake, Flora Murray, Octavia Wilberforce and their partners — formed a relatively cohesive group united by their common profession of medicine and by geographical location, social class, and strong ties of friendship and respect. However, while there is a relative profusion of material charting their lives, its emphasis is on their professional, rather than their personal, lives. It is these women's careers as doctors, the hospitals in which they worked, the practices they built up, the research articles that they wrote, in essence the contribution that they made to medicine, that is the focus of interest.

Murray was born on 8 May 1869 at Murraythwaite, Dumfries, Scotland, the daughter of Grace Harriet Graham and John Murray, a landowner and Royal Navy captain.[4] Murray was the fourth of six children. One of her earliest involvements in the medical field was attending the London Hospital in Whitechapel in 1890. She attended as a probationer nurse, for a six-month course. Murray decided on her career in medicine and went on to study in the London School of Medicine for Women in 1897.[5] Murray attended school in Germany and London before going on to study to be a doctor at the London School of Medicine for Women.[6] She then proceeded to work as a Medical assistant for 18 months at an asylum at the Crichton Royal Institution in Dumfriesshire. This experience was crucial in her writing of her MD thesis called 'Asylum Organization and Management' (1905).[5] She completed her medical education at Durham University, receiving her MB BSc in 1903, and MD in 1905. She received a Diploma in Public Health from the University of Cambridge in 1906.[6] During her time in Scotland, Murray lived in Edinburgh with Dr Elsie Inglis, founder of the Scottish Women's Hospitals movement.[7] Historians such as Hamer and Jennings have argued that Murray had her "first serious lesbian relationship" with Elsie Inglis.[8][7]

In 1905 Murray was a medical officer at the Belgrave Hospital for Children in London and then an anaesthetist at the Chelsea Hospital for Women. In 1905 The Lancet published an article that she authored on the use of anaesthetic in children, titled Ethyl chloride as an anaesthetic for children.[9] 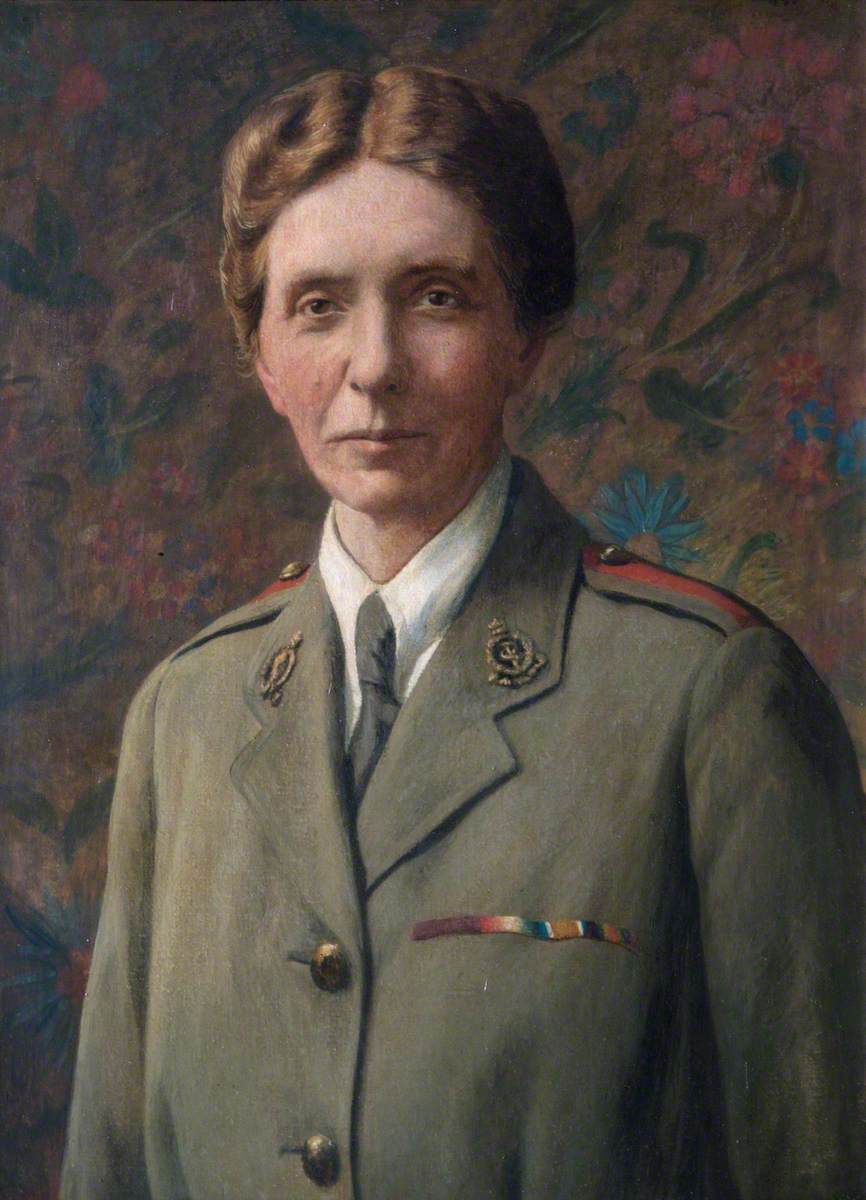 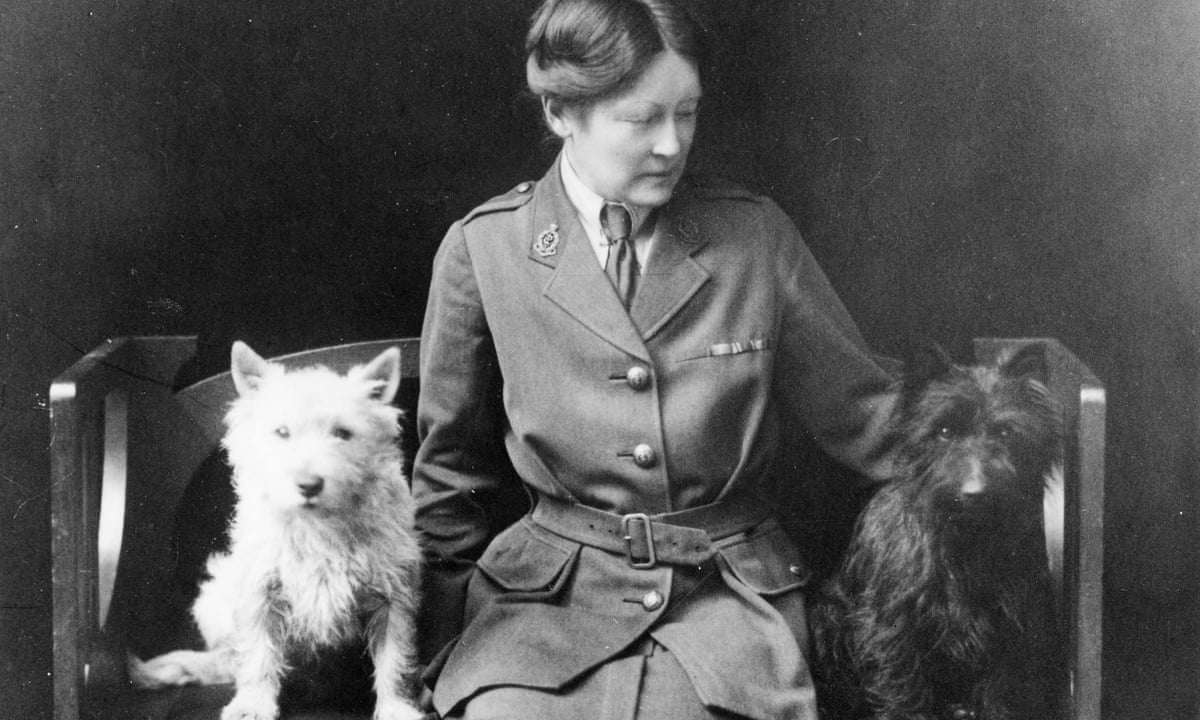 Murray's hand in women's suffrage first started when she became a participant and activist of Millicent Fawcett's National Union of Women's Suffrage Societies. She then continued her work in women's suffrage as a supporter of Women's Social and Political Union. She also became a consistent participant in the militant movement, offering her services as a practitioner including at the Pembroke Gardens nursing home for suffragettes recovering from force-feeding, run by Nurses Catherine Pine and Gertrude Townend.[10] She took a leadership role and showed her value as an activist by speaking at public gatherings, becoming a member in the 1911 census protest, and using her medical knowledge and skill to treat her fellow suffragettes who experienced injuries through their work as activists.[5] She looked after Emmeline Pankhurst and other hunger-strikers after their release from prison and campaigned with other doctors against the forcible feeding of prisoners.[11]

In 1912 she founded the Women's Hospital for Children at 688 Harrow Road with Louisa Garrett Anderson. It provided health care for working-class children of the area, and gave women doctors their only opportunity to gain clinical experience in pediatrics in London; the hospital's motto was Deeds not Words.[11]

When the First World War broke out, Murray and her partner Dr Louisa Garrett Anderson founded the Women's Hospital Corps (WHC), and recruited women to staff it.[12] Believing that the British War Office would reject their offer of help, and knowing that the French were in need of medical assistance, they offered their assistance to the French Red Cross.[13] The French accepted their offer and provided them the space of a newly built hotel in Paris as their hospital.[11] Flora Murray was appointed Médecin-en-Chef (chief physician) and Anderson became the chief surgeon.[13] Murray reported in her diary that visiting representatives of the British War Office were astonished to find a hospital run successfully by British women, and the hospital was soon treated as a British auxiliary hospital rather than a French one.[13] In addition to the hospital in Paris, the Women's Hospital Corps also ran another military hospital in Wimereux.[11] In January 1915, casualties began to be evacuated to England for treatment. The War Office invited Murray and Anderson to return to London to run a large hospital, the Endell Street Military Hospital (ESMH), under the Royal Army Medical Corps. ESMH treated almost 50,000 soldiers between May 1915 and September 1919 when it closed.[11]

After the war ended, Murray returned to Harrow Road hospital which was renamed Roll of Honour Hospital, where she continued her work as a private practitioner. Her diary about her experiences of the War became a book titled Women as Army Surgeons: Being the History of the Women's Hospital Corps in Paris (1920). The book's dedication reads, "To Louisa Garrett Anderson / Bold, cautious, true and my loving companion."[8] Lack of funding eventually led to the closure of the Roll of Honour Hospital, and also the retirement of both Murray and Anderson. They moved to a cottage in Paul End, in Penn, Buckinghamshire.[5]

Murray suffered from cancer and died on 28 July 1923, aged 54. Her death occurred shortly after her surgery in a nursing home in Hampstead, London. Her lifelong partner was by her side.[11] Murray left everything to Anderson in her will.[14] Murray is buried at the Holy Trinity Church at Penn in a shared grave with Anderson. Their tombstone reads, "We have been gloriously happy."[1]