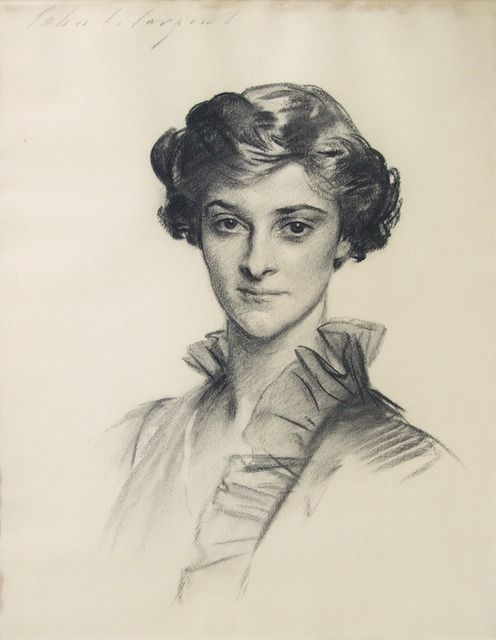 Ruth Draper (December 2, 1884 – December 30, 1956) was an American actress, dramatist and noted diseuse[1] who specialized in character-driven monologues and monodrama. Her best-known pieces include The Italian Lesson, Three Women and Mr. Clifford, Doctors and Diets, and A Church in Italy.

Ruth Draper was born in the big brownstone house at 19 East 47th Street, New York, the youngest child of Dr. William Henry and Ruth Dana. Her father, who was born in Brattleboro, Vermont,[2][3] had the affluence to support a large family with the help of several servants.[4] Ruth Draper's mother was the daughter of Charles Anderson Dana, editor and publisher of The New York Sun and had married Dr. Draper in 1878 some years after the loss of his first wife, Lucy.[4][5] Her nephew, Paul Draper, was a noted dancer and actor. Draper's second cousin was the society architect Paul Phipps, father of British actress Joyce Grenfell (Grenfell's career as a monologist was directly inspired by Draper). Her nephew Raimund Sanders Draper was a heroic WWII pilot.[6][7]

In 1901, at her father's death, Ruth moved with the family at 18 West 8th Street, New York, just few blocks from Ruth Dana's friends, the Duncans, at 1 Fifth Avenue. Paul Dana, her mother's brother, had married a Duncan daughter.

Ruth Draper attended Spence School for a year and was Clara B. Spence’s good friend, and Draper gave her pioneering monologues at the school.

Inspired by a lecture on the settlement movement, Mary Harriman Rumsey, along with several friends, began volunteering at the College Settlement on Rivington Street in New York City's Lower East Side, a large immigrant enclave. Mary and a group of 80 debutantes established the Junior League for the Promotion of Settlement Movements in 1901. Members would come to include Eleanor Roosevelt, Dorothy Whitney Straight and Ruth Draper.

Ruth Dana Draper died in August of 1914, and Ruth, and her siblings Charles and Martha, sold the big house on 8th Street and settled at 125 East 36th Street.

Ruth Draper's inspiration to become an actress came from the Polish pianist Ignacy Jan Paderewski, a friend of her family.[8] She made her Broadway debut in the 1916 play A Lady's Name by Cyril Harcourt,[9] and by 1921 was becoming well known as monologist, or more specifically diseuse, appearing in monodramas.

Thus, Draper dominated the field of professional solo performance during the second quarter of the twentieth century, performing with great success throughout the United States and Europe. Draper's one-person shows differed in kind from the majority of the early lyceum and Chautauqua solo performers coming before her, as the monologues/monodramas she performed were original characters as opposed to selections of published literature.[10]

With a chair, shawl and occasional table as her only props, Draper entertained audiences in a half dozen languages worldwide for nearly forty years.[8] Her best-known pieces include The Italian Lesson, Three Women and Mr. Clifford, Doctors and Diets, and A Church in Italy.

In 1938 Henry James's second wife was Dorothea Draper, sister of Ruth and widow of Linzee Blagdon, a New York financier and close friend of James from college days at Harvard. His previous wife, Olivia Cutting, became the female companion of Dorothea and Ruth Draper's lesbian half sister Martha Lincoln Draper, who was "quite mannish in dress and manner." James himself has been suggested by Michael Anesko was queer. Ruth and Martha's brother, Paul Draper, married Muriel Draper.

In 1951 King George VI of the United Kingdom awarded Ruth Draper honorary membership in the Order of the British Empire with the rank of Commander (CBE). On April 29, 1953, she had lunch with C. S. Lewis the day after he saw her performance at the New Theatre in Oxford. Nearly a quarter century earlier she gave a performance at Windsor Castle after an invitation from King George V and Queen Mary.[12]

Draper had many relationships in Italy, in large part through her connection with Lauro De Bosis, a young Italian poet and writer who died in 1931 after a daring flight over Rome during which he threw thousands of leaflets denouncing Benito Mussolini and the National Fascist Party.

Draper's family had a summer home in Islesboro, Maine, which she purchased from her family and where she spent increasing amounts of time in her later years.[14] Ruth Draper died on December 30, 1956, of an apparent heart attack in her bed at the apartment she owned at 66 East 79th Street, New York,[13] just hours after giving a performance on Broadway at the Playhouse Theatre. A short biography of Draper is among several collected by the Anglo-Italian writer Iris Origo in her 1984 book, A Need to Testify.

In 2019, the "Complete recorded monologues, Ruth Draper (1954-1956)" was selected by the Library of Congress for preservation in the National Recording Registry for being "culturally, historically, or aesthetically significant".[15]