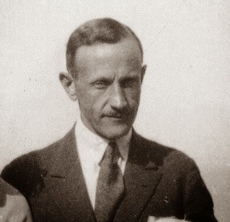 Marie Joseph Paul Jean de Gaigneron-Morin , born on February 22 , 1890 in Paris and died in the same city on January 30 , 1976, was a French painter . In 1919 he had a relationship with Harold Nicolson, and he is the inspiration for the Marquis de Chaumont in Some People: the snobbish Marquis de Chaumont fritters away his talent on the altar of social success. Jean de Gaigneron is remembered in the diaries of Ned Rorem.

He performed his military service from October 10, 1911 to November 8, 1913, and was released with the rank of sergeant. Recalled on August 2, 1914, he was demobilized on August 2, 1919, having been injured twice, the second time in 1918 in Morocco. During this Moroccan stay, he first exhibited at the Rabat fair in November 1917 ( "His portraits and his landscapes are of a pretty paste" one observes there) [ 3 ] , then the following year at the Excelsior hotel in Casablanca as part of the general agricultural competition in Morocco [ 4 ] , [ 5 ] .

Back in France, he participated for the first time in the Salon d'Automne in 1919 - "he brought back from Morocco expressive compositions, carried out in a sober manner, with a beautiful outfit" remarked Émile Sedeyn [ 6 ] - and resumes painting by receiving advice from Jacques-Émile Blanche , developing his taste for portraiture and engaging with him a long and deep friendship: the Custodia Foundation retains the letters written by Jacques-Émile Blanche to Jean de Gaigneron whose dates range from September 1915 to February 1942, as well as a photo of the portrait he painted [ 7 ] .

During the interwar period Jean de Gaigneron was part of Parisian intellectual society, as his presence will state in the receptions of the Rapprochement intellectuel chaired by François-Charles d'Harcourt [ 8 ] . He was a friend in particular of Marcel Proust ( André Maurois [ 9 ] , Guillaume Perrier [ 10 ] and Jean-Yves Tadié , among others, evoke his fervent letter to Jean de Gaigneron about the word "cathedral" used by the artist to define In search of lost time [ 11 ]), of François Mauriac [ 12 ] (the Portrait of François Mauriac by Jean de Gaigneron will remain in the writer's collection until the latter makes the donation to the Jacques-Doucet literary library [ 13 ] ), of Paul Morand [ 14 ] and of Father Arthur Mugnier, whose best portrait , according to Ghislain de Diesbach , is that of Jean de Gaigneron [ 15 ] . In April 1919, he met Sir Harold Nicolson and his wife Vita Sackville-West whom he introduced to Marcel Proust and Jean Cocteau.

From 1928 to 1929, Jean de Gaigneron collaborated in Louise Weiss's review L'Europe nouvelle [ 16 ] in which he wrote articles on Parisian exhibitions, commenting in particular on the works of Maurice de Vlaminck , Hermine David , Henri Matisse or Othon Friesz . 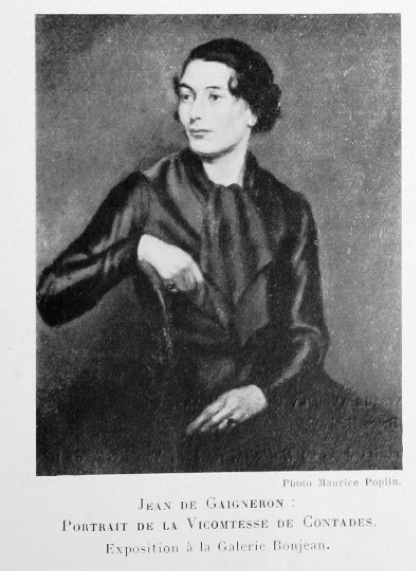 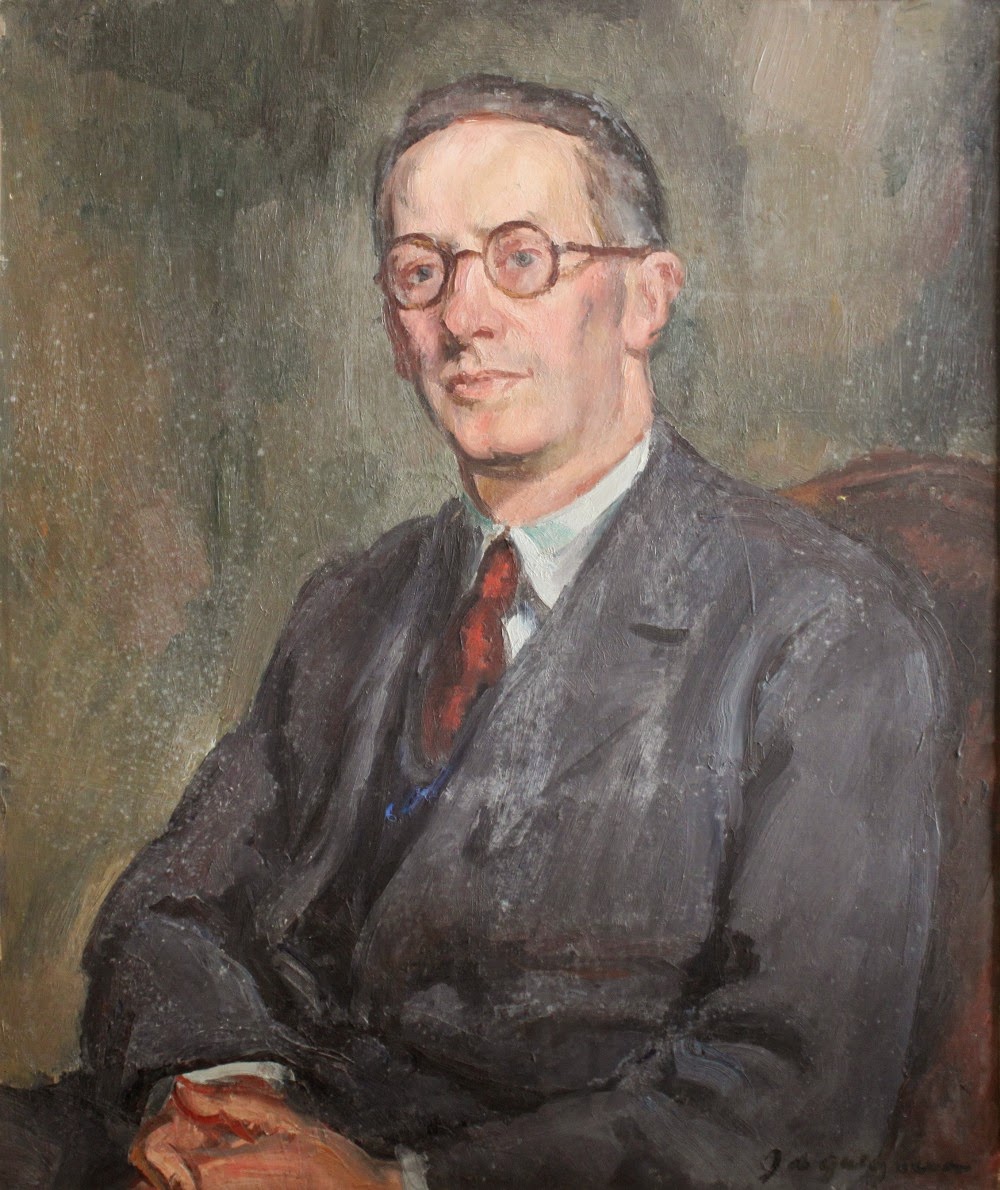 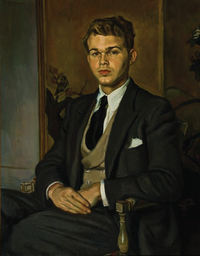 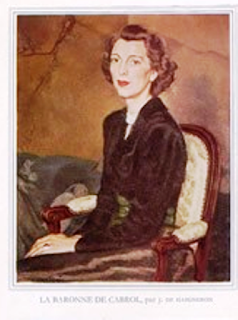 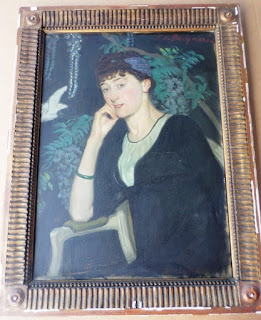 During 1930, during a stay in Italy, he resided in Florence with Violet Trefusis , near Vita Sackville-West, at the villa l'Ombrellino[ 17 ] .

Mobilized in 1939 at the outbreak of the Second World War , he captained the 248 th Infantry Regiment and was taken prisoner at Saint-Lô ( Frontstalag 131) before being deported to Germany [ 19 ] and released after the armistice 1940.

His nephew Jean-René de Gaigneron also being a painter, there is confusion over the attribution of certain works.