Donald Windham (July 2, 1920 – May 31, 2010) was an American novelist and memoirist. He is perhaps best known for his close friendships with Truman Capote and Tennessee Williams. Born in Atlanta, Georgia, Windham moved with his then-boyfriend Fred Melton, an artist, to New York City in 1939. In 1942 Windham collaborated with Williams on the play, You Touched Me!,[1] which is based on a D. H. Lawrence short story with the same title. Windham received a Guggenheim Fellowship in 1960.[2]

Windham became estranged from Williams after Williams published his book Memoirs (1975).[3] Windham later published a volume of their correspondence, which Williams claimed was done without his permission. Windham remained a friend of Capote until Capote's death. Windham also met and befriended such diverse figures as Lincoln Kirstein, Pavel Tchelitchew and Paul Cadmus.

In 1943, Windham met Sandy Campbell, an undergraduate student at Princeton University. In 1943 they began a relationship that would last until Campbell's death in 1988. Campbell frequently helped Windham publish books through the Stamperia Valdonega in Verona, Italy. Partially because Windham was influenced by his own life, homosexuality is one of many themes treated in his work.

Windham's novels include The Dog Star (1950),[4] which was praised by André Gide and Thomas Mann, The Hero Continues (1960), which is likely based on Williams, Two People (1965) which is about a love affair between a New York stockbroker whose wife has left him and a 17-year-old Italian boy in Rome, and Tanaquil (1972), which is based on the life of George Platt Lynes. Lost Friendships, a memoir of his friendship with Capote and Williams, was published in 1987. It is regarded by some as his best book.

In June 2011 it was announced that Yale University will administer the Donald Windham-Sandy M. Campbell Literature Prizes. 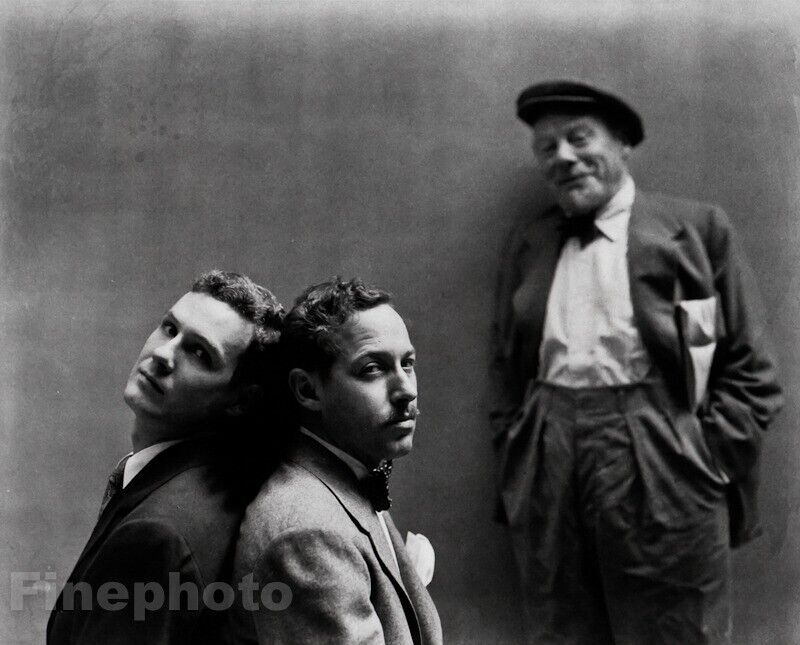 PAUL CADMUS (1904-1999) Carabiniere. Color screenprint. 220x150 mm; 8 3/4x5 7/8 inches, full margins. Artist's proof, aside from the edition of 117. Signed and inscribed "I a" in yellow crayon, lower margin. 1955. A superb impression of this very scarce print with strong colors. We have found only 3 other impressions at auction in the past 30 years. The frontispiece for Soldiers with Torches by Donald Windham. Davenport 52.