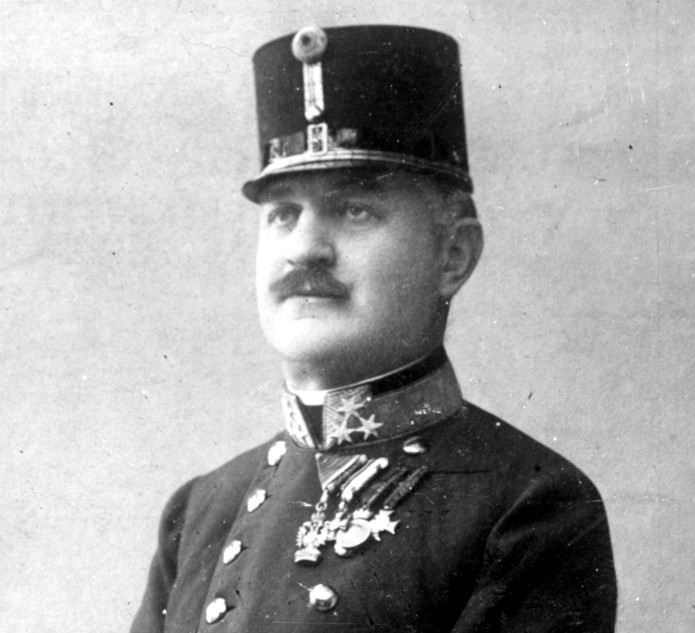 Alfred Redl (14 March 1864 – 25 May 1913) was an Austrian military officer who rose to head the Evidenzbureau, the counter-intelligence wing of the General Staff of the Austro-Hungarian Army. One of the leading figures of pre-World War I espionage, Redl's term in office was marked by radical innovations and the use of advanced technology to ensnare foreign spies. The item on ‘Homosexuality’ in Norman Polmar and Thomas B. Allen’s generally reliable Encyclopedia of Espionage (1998) names just nine homosexual men and one bisexual: Alfred Redl, Guy Burgess, the bisexual Donald Maclean, Anthony Blunt, Alan Turing, James A. Mintkenbaugh, William Martin, Bernon Mitchell, John Vassall and Maurice Oldfield. The last-named had to resign his position as co-ordinator of UK security and intelligence in Northern Ireland after he was found to be homosexual; there was no suggestion that in his previous incarnation as Director General of MI6 he ever spied for anyone but his own Whitehall masters.

Due to the innovations he introduced, Redl's successor, Major Maximilian Ronge ultimately learned in 1913 that Redl was himself a lavishly paid spy for the intelligence services of the Imperial Russian Army. Soon after his exposure, Redl committed suicide.

Although his motivations remain mysterious, some historians believe that Redl may have been blackmailed by Russian intelligence with evidence of his homosexuality. Other possible reasons may have been greed, career frustrations, or even a narcissistic desire to outsmart his superiors and subordinates.

Although the full extent of his disclosures to Russian intelligence also remain unknown, Col. Redl is believed to have been largely responsible for Austria-Hungary's catastrophic military defeats and devastating combat losses during the First World War and even for the subsequent collapse of the Empire in 1918. For this reason, many historians of the Habsburg Empire, as well as espionage historians such as CIA's Allen Dulles and Soviet General Mikhail Milstein, agree in calling Redl an arch-traitor.[1]