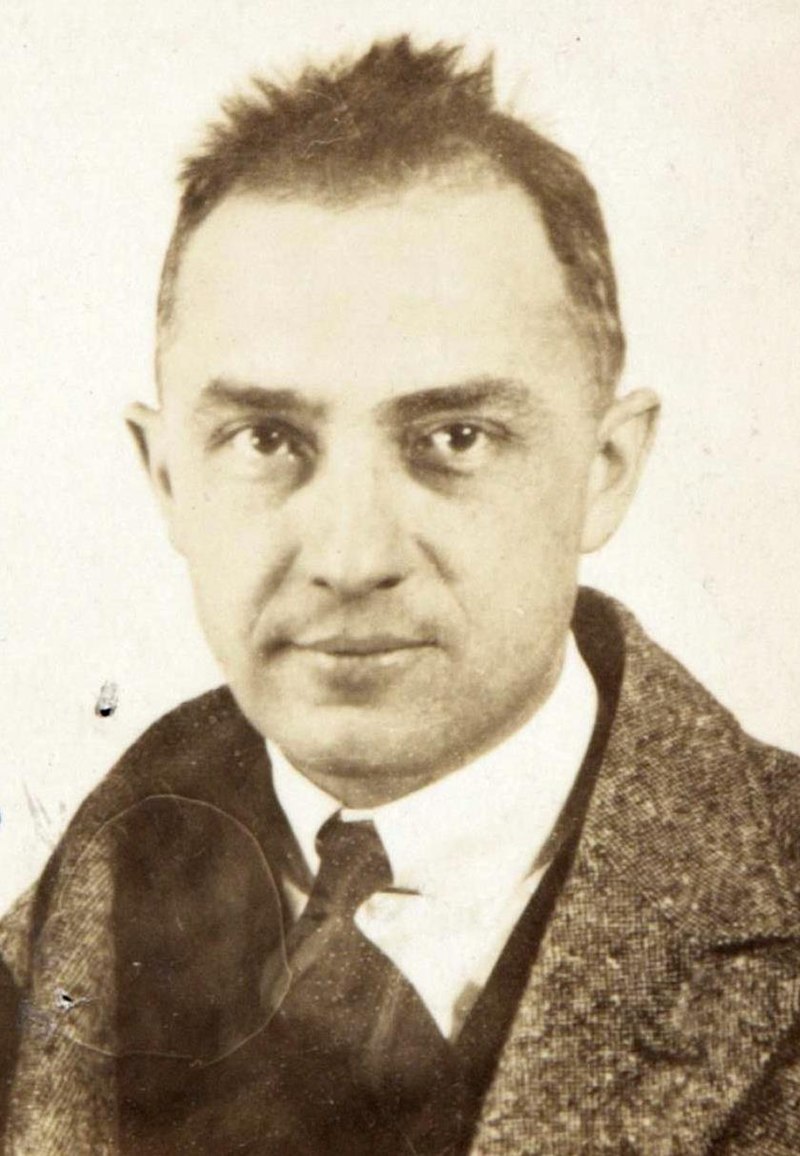 William Carlos Williams (September 17, 1883 – March 4, 1963) was an American poet and physician closely associated with modernism and imagism. In addition to his writing, Williams had a long career as a physician practicing both pediatrics and general medicine. He was affiliated with Passaic General Hospital, where he served as the hospital's chief of pediatrics from 1924 until his death. The hospital, which is now known as St. Mary's General Hospital, paid tribute to Williams with a memorial plaque that states, "We walk the wards that Williams walked".[1]

Williams was born in Rutherford, New Jersey to an English father and Puerto Rican mother of partial French descent.[2] His work has a great affinity with painting, in which he had a lifelong interest. Williams received his primary and secondary education in Rutherford until 1897, when he was sent for two years to a school near Geneva and to the Lycée Condorcet in Paris. He attended the Horace Mann School upon his return to New York City and, having passed a special examination, was admitted in 1902 to the medical school of the University of Pennsylvania, from which he graduated in 1906.[3][4] Upon leaving Penn, Williams did internships at both French Hospital and Child's Hospital in New York before going to Leipzig for advanced study of pediatrics.[3] He published his first book, Poems, in 1909. Williams married Florence Herman (1891–1976) in 1912, after he returned from Germany.[3] They moved into a house in Rutherford, New Jersey, which was their home for many years. Shortly afterward, his second book of poems, The Tempers, was published by a London press through the help of his friend Ezra Pound, whom he had met while studying at the University of Pennsylvania. Around 1914, Williams and his wife had their first son, William E. Williams, followed by their second son, Paul H. Williams, in 1917.[5] Their first son would grow up to follow Williams in becoming a doctor.[6] Although his primary occupation was as a family doctor, Williams had a successful literary career as a poet. In addition to poetry (his main literary focus), he occasionally wrote short stories, plays, novels, essays, and translations. He practiced medicine by day and wrote at night. Early in his career, he briefly became involved in the Imagist movement through his friendships with Pound and H.D. (whom he had also befriended during his medical studies at Penn), but soon he began to develop opinions that differed from theirs and his style changed to express his commitment to a modernist expression of his immediate environment. In 1920, Williams was sharply criticized by many of his peers (such as H.D., Ezra Pound and Wallace Stevens) when he published one of his most experimental books, Kora in Hell: Improvisations. Pound called the work "incoherent" and H.D. thought the book was "flippant".[7] The Dada artist and poet Baroness Elsa critiqued Williams's sexual and artistic politics in her experimental prose poem review entitled "Thee I call 'Hamlet of Wedding Ring'", published in The Little Review in March 1921.[8] Three years later, Williams published one of his seminal books of poetry, Spring and All, which contained the classic poems "By the road to the contagious hospital", "The Red Wheelbarrow" and "To Elsie". However, in 1922, the year it was published, the appearance of T. S. Eliot's The Waste Land became a literary sensation and overshadowed Williams's very different brand of poetic Modernism. In his Autobiography, Williams would later write, "I felt at once that The Waste Land had set me back twenty years and I'm sure it did. Critically, Eliot returned us to the classroom just at the moment when I felt we were on a point to escape to matters much closer to the essence of a new art form itself—rooted in the locality which should give it fruit". And although he respected the work of Eliot, Williams became openly critical of Eliot's highly intellectual style with its frequent use of foreign languages and allusions to classical and European literature.[9] Instead, Williams preferred colloquial American English.[10] In his modernist epic collage of place entitled Paterson (published between 1946 and 1958), an account of the history, people, and essence of Paterson, New Jersey, Williams wrote his own modern epic poem, focusing on "the local" on a wider scale than he had previously attempted. He also examined the role of the poet in American society and famously summarized his poetic method in the phrase "No ideas but in things" (found in his poem "A Sort of a Song" and repeated again and again in Paterson). In his later years, Williams mentored and influenced many younger poets. He had an especially significant influence on many of the American literary movements of the 1950s, including the Beat movement, the San Francisco Renaissance, the Black Mountain school, and the New York School.[11] One of Williams's most dynamic relationships as a mentor was with fellow New Jersey poet Allen Ginsberg. Williams included several of Ginsberg's letters in Paterson, stating that one of them helped inspire the fifth section of that work. Williams also wrote the introduction to Ginsberg's important first book, Howl and Other Poems, in 1956. Williams suffered a heart attack in 1948 and, after 1949, a series of strokes. Severe depression after one such stroke caused him to be confined to Hillside Hospital, New York, for four months in 1953. He died on March 4, 1963, at the age of 79 at his home in Rutherford.[12][13] He was buried in Hillside Cemetery in Lyndhurst, New Jersey.[14]