Stephen James Napier Tennant (21 April 1906 – 28 February 1987) was a British socialite known for his decadent lifestyle. He was called "the brightest" of the "Bright Young People".

He was born into British nobility, the youngest son of a Scottish peer, Edward Tennant, 1st Baron Glenconner, and the former Pamela Wyndham, one of the Wyndham sisters and of The Souls clique. His mother was also a cousin of Lord Alfred Douglas (1870–1945), Oscar Wilde's lover and a sonneteer. On his father's death, Tennant's mother married Lord Grey, a fellow bird-lover. Tennant's eldest brother Edward – "Bim" – was killed in the First World War. His elder brother David Tennant founded the Gargoyle Club in Soho.[1]

During the 1920s and 1930s, Tennant was an important member – the "Brightest", it is said – of the "Bright Young People". His friends included Rex Whistler, Cecil Beaton, the Sitwells (Edith Sitwell and Osbert Sitwell), Lady Diana Manners and the Mitford girls. He is widely considered to be the model for Cedric Hampton in Nancy Mitford's novel Love in a Cold Climate, one of the inspirations for Lord Sebastian Flyte in Evelyn Waugh's Brideshead Revisited, and a model for the Hon. Miles Malpractice in some of Waugh's other novels.

For most of his life, Tennant tried to start or finish a novel – Lascar: A Story You Must Forget.[2] It is popularly believed that he spent the last 17 years of his life in bed at his family manor at Wilsford cum Lake, Wiltshire, which he had redecorated by Syrie Maugham. Though undoubtedly idle, he was not truly lethargic: he made several visits to the United States and Italy, and struck up many new friendships. His later reputation as a recluse became increasingly true only towards the last years of his life. Yet even then, his life was not uneventful: he became landlord to V. S. Naipaul, who immortalised Tennant in his novel The Enigma of Arrival. 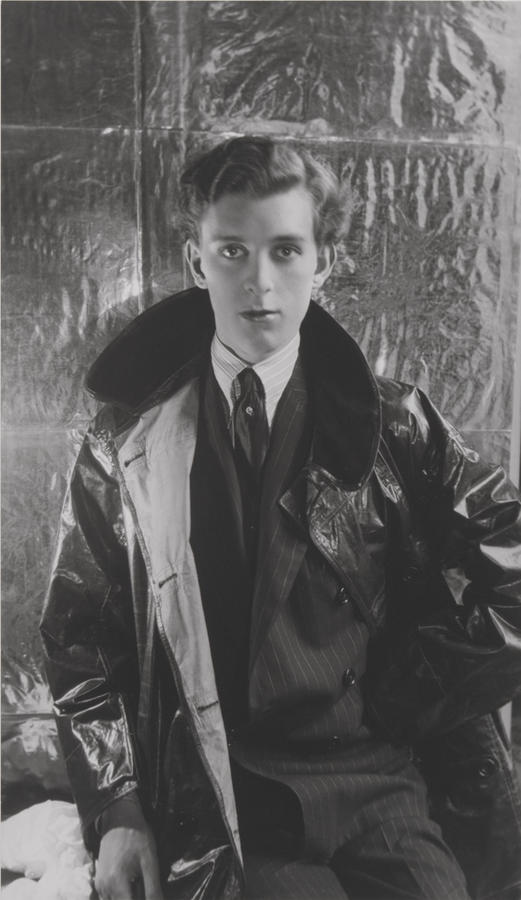 During the 1920s and 1930s Tennant had a sexual affair with the poet Siegfried Sassoon.[3] Prior to this he had proposed to a friend, Elizabeth Lowndes, but had been rejected. (Philip Hoare relates how Tennant discussed plans with Lowndes about bringing his nanny with them on their honeymoon.) His relationship with Sassoon, however, was to be his most important: it lasted some four years before Tennant off-handedly put an abrupt end to it. Sassoon was reportedly depressed afterwards for three months, but recovered to marry in 1933 and become a father in 1936.

F. Scott Fitzgerald was furious when, in May 1929, Dolly Wilde made a pass at Zelda Fitzgerald. More often, with heterosexual men, she was something of a cock-tease. According to her cousin Vyvyan Holland, Oscar Wilde’s son, ‘she was always taking her horse to the water and then refusing to let him drink’. The men who were more at ease with her sense of fun tended to be homosexual. She was a member of Stephen Tennant’s circle and went to Brian Howard’s famous Greek party dressed as Sappho.

When Tennant died in 1987, he had far outlived most of his contemporaries. A large archive of his letters, scrapbooks, personal ephemera and artworks is held in The Viktor Wynd Museum of Curiosities, Fine Art & Natural History.[4]