Robert Kalloch (January 13, 1893 — October 19, 1947) taught at the School of Fine and Applied Arts in his mid-20s, helping to educate Travis Banton and Adrian. Since at least 1931 he partnered with Joseph Desmarais.

Kalloch was an American fashion designer and, later, a costume designer for Columbia Pictures and Metro-Goldwyn-Mayer. He worked on 105 films during his career, and was widely considered one of America's top fashion designers in the late 1930s.

Robert Mero Kalloch III[1] was born January 13, 1893,[2] in New York City to Dr. Robert Mero Kalloch II and his wife, Emily Maguire. His father was a dentist[3] of Scottish American descent.[4] He attended New York City public schools, then spent four years[5] at the Dwight School on Manhattan's Upper West Side. During his last three years at Dwight, he also attended and graduated from the New York School of Fine and Applied Arts.[3][5] He later taught at the School of Fine and Applied Arts in his mid-20s, helping to educate Travis Banton and Adrian (both later Hollywood costume designers),[6][7][a] and was a member of the jury in the school's 1918 costume design show.[11] Although he won admission to Yale University, he never attended.[12]

Upon graduation from the Dwight School, Kalloch joined Vogue as an illustrator and designer of women's fashions.[2] At the age of 18, Kalloch sought out one of his idols, the prima ballerina Anna Pavlova. After weeks of haunting the performers' entrance at the theater where she was appearing, he finally convinced her to look at his sketches. She was so impressed that she hired him to design costumes for one of her ballets.[12] He later designed costumes for the opera singer Mary Garden.[13] 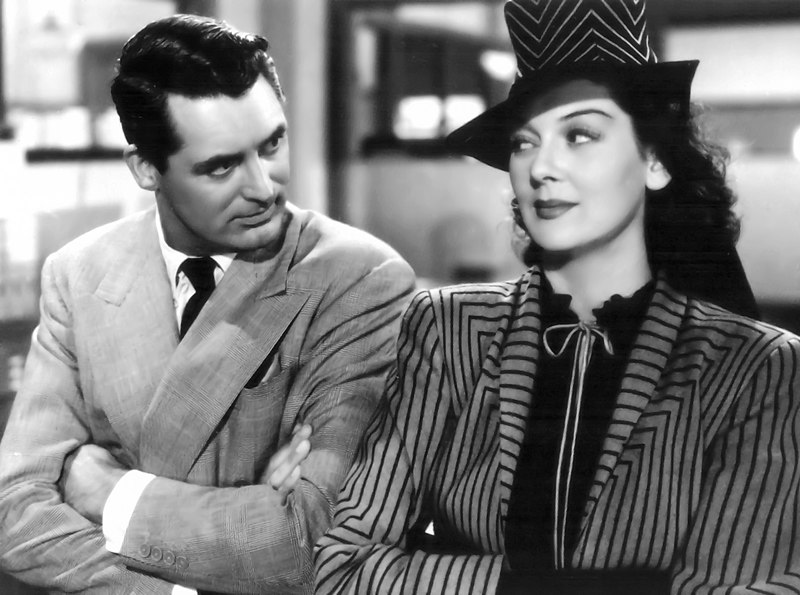 In 1919, Kalloch won a position with Lucile Ltd., the fashion house of Lucy, Lady Duff-Gordon. He worked in the London and Paris branches of the company, studying fashion and designing costumes for the Grande Revue of the Casino de Paris.[14] Dancer Irene Castle was one of Lucile's clients, and Kalloch designed a number of her dance dresses.[15] Castle swiftly became "the epitome of chic" to the public,[16] and Kalloch was known as the "man who made the clothes that made Irene Castle famous".[17]

Returning to the United States in 1920, Kalloch took a job with Madame Frances & Co.,[14] where he co-designed fashions with Travis Banton.[18] According to Edith Head, Kalloch and Banton's designs resembled one another, but Kalloch's work was more imaginative.[18] By 1921, Kalloch was well known in New York City for designing costumes for the Ziegfeld Follies.[19] He also designed costumes for Grace Moore's 1923 Broadway debut in Music Box Revue.[20] In the five years he worked with Madame France & Co., Kalloch visited Europe 28 times to study fashion.[14]

Throughout the early and mid 1920s, he freelanced for Peggy Hamilton,[21] a fashion designer who had worked as chief costume designer for Triangle Film Corporation.[22]

It is unclear what Kalloch's work history included between 1926 and 1930, although for at least a year he worked for fashion entrepreneur Hattie Carnegie.[14] He came to the attention of Hollywood in the late 1920s when Peggy Hamilton, by then a Los Angeles Times fashion columnist began promoting his work in her articles.[21]

In 1933, Columbia Pictures hired Kalloch to be their chief fashion and women's costume designer. He was the first contract costume designer ever hired by the studio,[18] and he established the studio's wardrobe department.[23] Until his death, he was often credited by the mononym "Kalloch".[24] Columbia Pictures at the time had a reputation as a Poverty Row B movie studio. Founder and president Harry Cohn was determined to change that, and in addition to hiring popular actresses like Nancy Carroll, Irene Dunne, Lillian Harvey, Grace Moore, and Fay Wray he hired top-flight technical talent like Kalloch.[15] Kalloch's employment, in turn, convinced these leading actresses that Columbia Pictures intended to invest in their careers.[14]

In May 1935, Columbia Pictures hired Murray Mayer to lead its ladies' wardrobe department. Kalloch retained his position as the studio's fashion and costume designer.[33] During this early period, Kalloch's work favored classic, graceful lines that treated actresses like sculpted marble. His work emphasized their height and slimness.[34]

Kalloch's mother died on June 29, 1935. Her death prompted Kalloch to leave Columbia and return to New York City, where he took a job once again with Madame Frances & Co. When Madame Frances retired in 1936, Kalloch returned to Columbia.[14]

During this period, Kalloch began to integrate low-cut décolletage and short bolero jackets into much of his work.[38] He also became fascinated by the new colors the fabric, leather, and textile companies were creating and began using them in his designs.[40]

Kalloch continued to favor long, slim lines[49] and form-fitting silhouettes.[50] He preferred slim waists[50] accented with a wide belt,[49] and long skirts with long sleeves and a high collar.[50] Only in 1939 for Good Girls Go to Paris did he shorten skirts to just below the knee.[47]

Among his most outstanding works between 1939 and 1941 was for Katharine Hepburn in 1938's Holiday. Kalloch began experimenting for the first time with odd jackets, using them to create new looks for classic outfits.[51] He also designed a yellow chenille robe for her which was widely acclaimed.[52] The media also paid particular attention to his work for Joan Blondell in 1938's There's Always a Woman, where Kalloch had to design a chic-looking wardrobe out of cheap garments and cloth.[46] Another of his important works in this period was a red wool suit designed for Loretta Young in 1940's He Stayed for Breakfast.[53]

Kalloch traveled to Europe to view fashions again in late 1939, returning to the United States in March 1940.[13]

Kalloch left Columbia Pictures in early 1941,[54] and by May was working for Metro-Goldwyn-Mayer (MGM).[55] The reason for his employment seems to be that his designs strongly resembled those of Adrian, MGM's chief fashion designer,[18] with whom Kalloch had maintained a close friendship since Adrian's student days at the New York School of Fine and Applied Arts.[56] Adrian then left the studio on September 5, 1941, to open his own fashion firm.[57][58][b]

Kalloch had been named Adrian's successor at MGM,[74][54] but by late 1941 it was clear his design work and productivity were not acceptable to the studio.[91] The reasons are unclear, but MGM head Louis B. Mayer may have been unhappy with his designs since Kalloch had no experience with period costumes. Columbia Pictures' Harry Cohn disliked this genre of film, and Kalloch had done no work in the genre prior to joining MGM.[14] Kalloch may also have been suffering from personal problems, as his life-partner Joseph Demarais began to rapidly decline due to severe alcoholism.[54]

In June 1942, at the suggestion of Mayer's wife, Margaret,[91] MGM hired Irene (Irene Lentz) as the studio's chief costume designer. Kalloch was retained as MGM's fashion designer.[80] Kalloch's authority was further eroded when the studio hired Howard Shoup as a fashion designer in late July.[92]

Kalloch left MGM in 1943, although he continued to do freelance work for the studios until his death. His last major films were the 1946 film Suspense and the 1948 picture Mr. Blandings Builds His Dream House (in which he dressed Myrna Loy again).[15] He created wardrobes and women's fashions for 105 motion pictures.[21]

Kalloch was never nominated for the Academy Award for Best Costume Design, as the category was only introduced in 1948.[93]

Kalloch had an unusually close relationship with his mother. She lived with her son in his New York City apartment after Kalloch's father died in 1915, and accompanied him to Europe in 1919 and 1920.[12] He and his mother moved into an apartment at 1335 N. Laurel Avenue in Los Angeles in either late 1931 or January 1932.[14] Kalloch and his mother collected antiques all over the world, and filled the apartment with them.[45] Kalloch had found a black stray cat in Central Park in New York[116] and named it Mimosa.[45] In Los Angeles, Kalloch devoted an entire room of his apartment to the cat, covering the walls with chicken wire and growing ivy over it. Cushions were strewn on the floor for the cat's comfort.[116]

Kalloch was homosexual,[7] and since at least 1931 was partnered with Joseph Desmarais.[117] Desmarais' parents were French Canadian immigrants to the United States, and he grew up very poor in Tiverton, Rhode Island, the youngest of five children. In his teens, he worked in the local textile factory before relocating to New York City to become an artist.[12] By the late 1920s, Desmarais was sharing an apartment with other struggling artists. It is unclear when Kalloch and Desmarais met, although there is evidence to suggest that they both worked for Madame Frances & Co. Desmarais relocated to Los Angeles in February 1932 to be with Kalloch.[14]

In 1939, Kalloch and Desmarais jointly purchased a home at 4329 Agnes Avenue in the Studio City neighborhood of Los Angeles for $10,000 ($200,000 in 2019 dollars).[54] The two decorated the house with antiques and paintings.[1] After his move to MGM, Kalloch put Desmarais on the studio's payroll as his own secretary at a salary of $950 ($16,513 in 2019 dollars) a year.[118] Desmarais, an alcoholic, entered a residential sanatorium for alcoholics for the first time in 1941. His stay was brief, but he returned to the facility numerous times over the next five years. During this period, Kalloch's professional output declined dramatically.[54]

Kalloch wore round wire-frame glasses and was never without his silver cigarette case.[14] He was a good cook, often experimenting in the kitchen.[119] He reportedly suffered from a number of phobias and neuroses,[14] the most famous of which was his fear of automobiles. He refused to own a car of his own, and when forced to ride in a car would cower on the floor of the back seat.[120]

Kalloch suffered from arteriosclerosis, and died of cardiac arrest at about 6:00 AM at his home on October 19, 1947. His lover, Joseph Desmarais, died of alcoholic fatty liver disease at 3:15 PM the same day. With Desmarais' death coming so soon after Kalloch's, a suspicion of foul play arose. Autopsies on both men confirmed a natural cause of death in both instances.[1] He was interred at Grand View Memorial Park Cemetery in Glendale, California.[121] Travis Banton paid for half of Kalloch's burial and funeral expenses.[54]