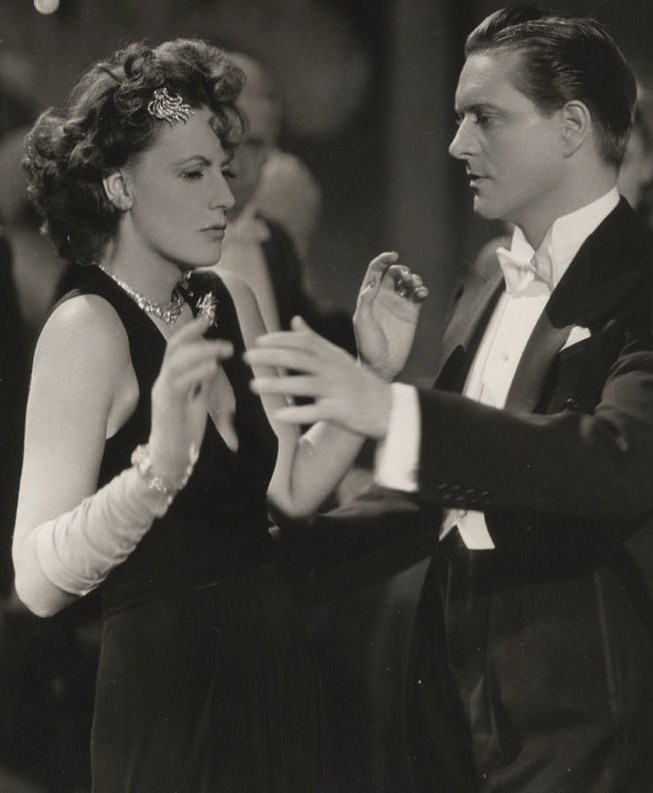 Robert Alton (January 28, 1897/1906 – June 12, 1957) was an American dancer and choreographer, a major figure in dance choreography of Broadway and Hollywood musicals from the 1930s through to the early 1950s.[1] He was linked with another musical comedy choreographer/director, Charles Walters, with whom he enjoyed a long-standing affair. Alton was a trendsetter, in some ways the herald of the new movement in dance. Among the first to style himself as "choreographer," he revolutionized choral dancing by breaking up the old chorus line into smaller groups, filling the stage with fluid movement and color. That Bob Alton was gay had been affirmed by several who knew him, including Broadway designer Miles White. That he took a particular shine to the young, tall, blue-eyed, handsome Chuck Walters (who Dorothy Kilgallen said looked like "a brunette Duke of Windsor") has been merely guessed at. But the two would remain lifelong friends, and their career paths would continue to intersect.

Producer Arthur Freed, who was not gay, never had as his purpose the creation of a team of gay artists for MGM, nor were all the members of the Arthur Freed unit gay. Freed did want a first-rate team, however, and hired without regard to sexual orientation. A large number of the gifted people on it turned out to be gay, including composers Cole Porter, Frederick Loewe, Robert Wright, and Chet Forrest, choreographers Robert Alton and Jack Cole, and directors Charles Walters and the closeted Vincente Minnelli.

Born Robert Alton Hart in Bennington, Vermont, United States,[1] Alton studied dance with Ralph McKernan in Springfield, Massachusetts and spent his summers in New York studying with Bert French and Mikhail Mordkin, formerly of the Bolshoi Ballet and Sergey Diaghilev's Ballets Russes.[2] His Broadway stage dancing début was with Mordkin's company in Take It from Me (1919), followed by Greenwich Follies (1924) and Same Day (1925) which failed to make it to Broadway.

With his wife Marjorie Fielding, whom he had married in 1926, Alton created a dance act and subsequently managed a line of chorus girls in vaudeville. When his wife took a sabbatical to have a baby, Robert Jr., he took over dance direction at St. Louis movie theatres while teaching at Clark's Dance School in St. Louis. There his students included Donn Arden and Betty Grable. They divorced in 1929.

After a series of successful stagings at New York's Paramount Theatre in 1933, he began a choreographic career which encompassed many of the most successful Broadway hits of the 1930s and 1940s, collaborating with Cole Porter, Rodgers and Hart and Rodgers and Hammerstein on Me and Juliet in 1953. He learned stage direction from John Murray Anderson and during his Broadway career he was instrumental in furthering the careers of Ray Bolger, John Brascia, Don Crichton, Betty Grable, Gene Kelly, Sheree North, Vera-Ellen and Charles Walters, among others.

Charles Walters moved to New York in 1933. There he landed a dancing gig in the Broadway revue "New Faces," twirling Imogene Coca across the stage. He put together a nightclub dance act with Dorothy Fox, and was noticed by Robert Alton, then a top Broadway choreographer. Alton was influential in securing Walters the part of the prince in Cole Porter's "Jubilee," as well as offering the inspiration for Walters' own dancing style. "I learned so much from that man," Chuck would say. "Style and fluidity, and so amenable."

Alton is credited with transforming Broadway choreography by breaking up the chorus (which until then was a precision line) into featured soloists and small groups, and his musical staging was celebrated for its elegance and attention to detail. His theatre credits included Life Begins at 8:40, The Vamp, Anything Goes, Du Barry Was a Lady, Panama Hattie, Pal Joey, and Hazel Flagg.[1]

Alton choreographed his first Hollywood film, Strike Me Pink, in 1936, and became one of the leading choreographers during the golden age of the Hollywood musical film, serving as dance director for MGM from 1944-1951. He continued to work on Broadway during this period and, in 1952 won a Tony Award for his revival of Pal Joey which he had originally choreographed in 1940, catapulting the young Gene Kelly to stardom. He also directed the films Merton of the Movies (1947) and Pagan Love Song (1950) for MGM.[1]

Alton is principally remembered today as the discoverer of Gene Kelly, for his collaborations with Fred Astaire, and for choreographic sequences he designed for Hollywood musicals such as The Harvey Girls (1946), Till the Clouds Roll By (1946), Show Boat (1951), and White Christmas (1954).

During this time period. Alton staged and choreographed the dynamic nightclub act, "Kay Thompson and the Williams Brothers", which successfully toured the world from 1947 to 1952.

In 1947, Walters was given the assignment to direct his first picture, Good News, after proclaiming to Freed that he'd directed and choreographed it in high school. Wisely, Walters had concentrated his energies on the nonmusical parts of the film, learning the job of director, while turning over the picture's two big production numbers, the now-famous "Pass That Peace Pipe" and "The Varsity Drag", to his old friend and mentor, Robert Alton. Alton fulfilled Walters' hopes: the numbers are energetic, creative, and beautifully staged. Together they crafted one of the top MGM musicals, assuring Walters' future as a director.

Alton had been choreographing for Arthur Freed at MGM since 1945, and made his own step up to full direction with Pagan Love Song in 1950, starring Esther Williams and filmed partly in Hawaii. After seven months of shooting, Alton knew he'd never direct another picture. Although a financial success, Pagan Love Song was generally panned by the critics.

In 1957, he was working on the film version of Pal Joey when he collapsed and died, his place was taken by Fred Astaire's principal collaborator, Hermes Pan. Alton died in Cedars of Lebanon Hospital, in Los Angeles, California, of a kidney ailment at age 51.

He was buried in the family plot in Bennington, Vermont.