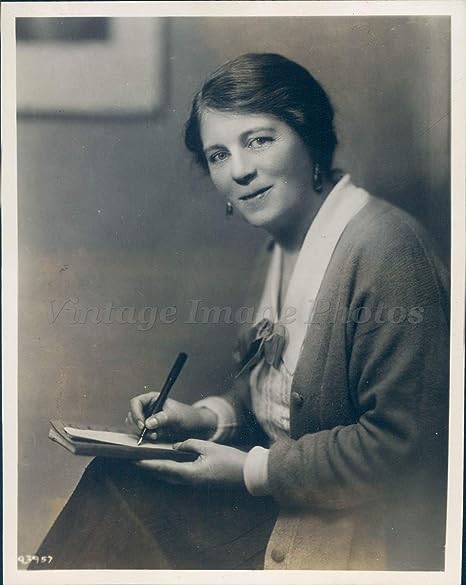 Naomi Royde-Smith (April 30, 1875 - July 28, 1964) was a British writer who published nearly four dozen novels, biographies, and plays. She was the first woman literary editor of the Westminster Gazette and in that capacity published the early work of such writers as Rupert Brooke, Graham Greene, Elizabeth Bowen, and Rose Macaulay. In The Tortoiseshell Cat (1925) by Naomi Royde-Smith, an older woman attempts to seduce a younger, more innocent woman, who is attracted to her before retreating in heterosexual panic. In The Island, a Love Story (1930), Goosey falls in love with Flossie; they have an explicit on and off sexual liaison over decades, depending on Flossie’s need of financial support. Flossie, bisexual, abandons Goosey more than once for men, leading to Goosey’s tragic, poignant rejection of community. Love in Mildensee (1948) is a nostalgic description of girls’ boarding schools in Geneva during the last decade of the nineteenth century and an exposé of the muddled veniality of two women who run the school; a young teacher forms a protective intimacy with a girl who has murdered; both sets of women are corrupt; the crime and protagonist’s consequent guilt after the fact could have been avoided if the culprit had been allowed Catholic confessional. Naomi Royde-Smith became the first woman to write the literature editorship of the Saturday Westminster Gazette in 1912 and ran a small literary salon with Rose Macaulay in her apartment in Queensgate, Kensington, and encouraged Theodora Bosanquet not to neglect her own literary career. The character Aunt Evelyn in Rose Macaulay's 1926 novel Crewe Train—an intelligent, stylish, gossipy person of an interfering disposition—is said to have been a satire of Royde-Smith.[1][2] Anxious to escape city life in London, Naomi Royde-Smith welcomed an introduction to Mary Butts, who was living at Land’s End in Cornwall. TBy the time that she and Naomi met in December 1932, Butts was living with her bisexual second husband, the artist Gabriel Atkin, from whom she divorced in 1934. Naomi described her initial meeting with Butts in Pilgrim from Paddington (1933).

Naomi Gwladys Royde-Smith was born in Halifax, Yorkshire, on 30 April 1875.[1] She was the oldest child of Michael Holroyd Smith, an electrical engineer, and Anne Williams. The painter Matthew Smith was a cousin, and she had five sisters and two brothers. The family moved to London and all eight of the siblings adopted the hyphenated surname Royde-Smith.[1] Naomi was educated at Clapham High School and at a private finishing school in Switzerland.[2][3]

Royde-Smith met Walter de la Mare in 1911 and he fell in love with her. Over the next five years he wrote her almost 400 love letters even though he was married and had no intention of leaving his family.[1][2] Royde-Smith was ambivalent about the relationship, though she enjoyed being de la Mare's muse, and she inspired some of his most significant work.[1][5]

On leaving school, Royde-Smith moved to Chelsea and began to write for the Westminster Gazette (also known as the Saturday Westminster Gazette), a small magazine that enjoyed visibility beyond its size due in part to the patronage of the fifth Earl of Rosebery.[2] Royde-Smith rose from being a contributor to the editor of the "problems and prizes" page, a responsibility she shared with her sister Leslie (who would marry George Maitland Lloyd Davies).[2] She moved on to writing drama reviews and then, in 1912, became the Westminster Gazette's literary editor, the first woman to attain this position.[2] As editor, she championed the work of such writers as Rupert Brooke (whose early poems she published), Graham Greene (whose career she helped to launch), Elizabeth Bowen and Rose Macaulay (both of whose first stories she published), D. H. Lawrence, and Walter de la Mare.[3][4] Beginning after World War I and continuing after the Westminster Gazette folded in 1928, she hosted a literary salon with her then-flatmate Macaulay that was attended by writers such as Edith Sitwell, Osbert Sitwell, Aldous Huxley, W. B. Yeats, and de la Mare.[3][5][6]

In 1926, she married Ernest Milton, a London-based Italian-American actor who played many roles with the Old Vic from 1918 and who also appeared as Robespierre in Alexander Korda’s 1934 film of The Scarlet Pimpernel.[2] They lived in Hatfield, Chelsea, Wells, and Winchester, returning to London towards the end of Royde-Smith's life.

In the mid 1920s, Royde-Smith began writing the first of her novels, along with a few plays, biographies, and other works, an occupation that she was able to take up full time after the Gazette closed.[3][7] Her books examine mundane lives, especially those of women, and often progress from a slow start to a faster-paced, suspenseful finish.[5] Two of her novels—her first, The Tortoise-Shell Cat (1925), and The Island (1930)—deal openly if somewhat bleakly with lesbian themes.[3][8] The Tortoise-Shell Cat, which has been held to be her best book, is about a thwarted relationship between a young teacher and a predatory older woman; it has gone in and out of print several times.[1][2][3][5] Royde-Smith converted to Catholicism in 1942, and three of her novels have Catholic themes: For Us in the Dark (1937), Miss Bendix (1947), and The Iniquity of Us All (1949).[9] Several of her books are histories, like The Private Life of Mrs. Siddons (1933) and her biography of Julie de Lespinasse, which has been praised as a model of its kind.[10] Outside Information: A Diary of Rumour (1941) started out as a diary of World War II in which Royde-Smith intended to focus on how little ordinary people knew about what was going on and ended as a memoir of the Blitz.[11] The novel In the Wood (1928) is partly autobiographical, describing aspects of her Yorkshire childhood.[1] As its title suggests, Jane Fairfax: A New Novel (1940) is inspired by Jane Austen's novel Emma. It is somewhat experimental in that it mixes together characters from Emma, characters devised by Royde-Smith, and the two authors themselves.[12] Royde-Smith published her last novel in 1960, as her vision was deteriorating towards blindness.[1][2] In 1964, she died of renal failure.[2] She is buried in Hampstead Cemetery.