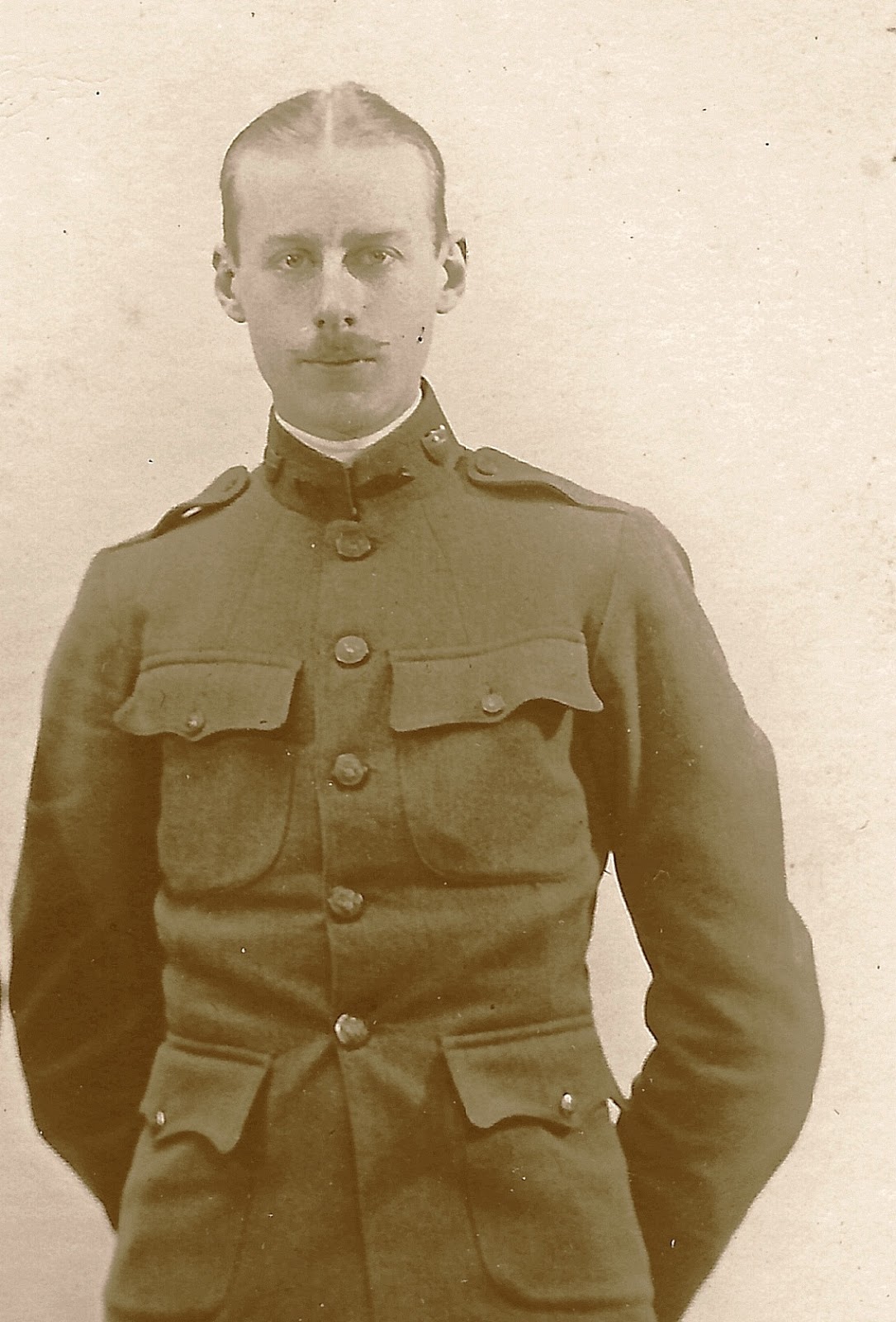 John Allan Wyeth (October 24, 1894 – May 11, 1981) was an American World War I veteran, war poet, and painter. Identified with the Lost Generation. His friend and fellow student Edmund Wilson later described Wyeth as "the only aesthete of the Class of 1915." According to Dana Gioia, who interviewed Wyeth's surviving relatives, "aesthete" was "almost certainly" a codeword for homosexual.[2] Gioia, who rescued Wyeth's poetry from obscurity during the early 21st century, considers Wyeth the only American poet of the Great War who deserves comparison with British war poets Siegfried Sassoon and Wilfred Owen.

John Allan Wyeth was born on October 24, 1894 in New York City.[1][2] His father, also named John Allan Wyeth, was a Confederate Army veteran from Guntersville, Alabama, who had served with Morgan's Raiders during the American Civil War and who, in later life, was a very prominent New York City surgeon.[1][2] His mother, Florence Nightingale Sims, was the daughter of surgeon J. Marion Sims. Wyeth's brother, Marion Sims Wyeth, designed many mansions in Florida.

In a 2020 article about Wyeth in St Austin Review, Gioia writes that the future poet was raised in the Episcopal Church.

Wyeth was educated at the Lawrenceville School, a Presbyterian boarding school in Lawrenceville, New Jersey.[2] He graduated from Princeton University in 1915.[2] He was a member of the Princeton Charter Club. He studied mostly literature and the Greek, Latin, French, German, and Italian languages. He was an average student, but impressed his professors with his extensive knowledge of literature and his personal charm. Wyeth contributed to the Nassau Literary Magazine a and was a member of the Class Ode Committee. During his stay at Princeton, Wyeth had no roommate, which was unusual for the time.

"Undedecided about his future occupation," Wyeth taught French in a high school in Mesa, Arizona for a year, until he pursued graduate school at Princeton to become a professor of Romance languages.[2] However, in the wake of America's entry into World War I, his plan was disrupted. On December 28, 1917, Wyeth enlisted in the United States Army as a Second Lieutenant in the 33rd U.S. Infantry Division. His fluency in French caused him to be assigned to the Interpreter's Corps at Division HQ. After training at Camp Logan in Texas, Wyeth was transferred to Camp Upton in New York. On May 16, 1918, his Division moved to Hoboken, New Jersey, where he boarded the USS Mount Vernon to join the American Expeditionary Forces in France.[1]

Wyeth wrote poetry from an early age.[1][2] After World War I, he became known as a war poet.[1] His collection of poems, This Man’s Army: A War in Fifty-Odd Sonnets, was published in 1928.[1] It was favorably reviewed in Poetry in December 1932.[3] According to Dana Gioia, however, the fact that Wyeth's collection was published so soon before the 1929 Stock Market Crash and the beginning of the Great Depression meant that This Man's Army soon slid into obscurity. Wyeth never published another poetry collection and, barring the rediscovery of unpublished manuscripts by his family, This Man's Army will likely remain his sole contribution to American poetry.

Wyeth began his painting career under the tutelage of English painter Duncan Grant in 1932.[2] He worked at the Academie Moderne in Paris for six years under Jean Marchand, during which time he also studied graphics with Louis Marcoussis.[2] By 1939, his paintings were exhibited at the Corcoran Gallery of Art in Washington, D.C. and the Frank Rehn Gallery in New York City.[2] He painted Post-Impressionist landscapes.[2]

By the early 1950s, Wyeth had been received into the Roman Catholic Church.

During the early 1970s, he was involved in a Catholic literary circle in Providence, Rhode Island.

Wyeth lived in Providence, Rhode Island.[2] Toward the end of his life he lived with his niece, poet Jane Marion McLean in Princeton, New Jersey.[4]

Wyeth died on May 11, 1981.[1][2] He was buried at the Blawenburg Reformed Church Cemetery in Blawenburg, New Jersey. According to Dana Gioia, "Neither of the two Princeton obituaries (nor the brief paid death notice in the New York Times) mentions his poetry."[2] According to Gioia's 2020 article about Wyeth in St Austin Review, the poet died a Roman Catholic.

In October 2008, a new edition of "This Man's Army," with a biographical and interpretive introduction by Dana Gioia (which first appeared in the 2008 Summer issue of the Hudson Review), and annotations by BJ Omanson, was re-published in by the University of South Carolina Press, as part of Matthew Bruccoli's Great War Series of Lost Literary Classics of World War I.