Joe Brainard (March 11, 1942 – May 25, 1994) was an American artist and writer associated with the New York School. His prodigious and innovative body of work included assemblages, collages, drawing, and painting, as well as designs for book and album covers, theatrical sets and costumes. In particular, Brainard broke new ground in using comics as a poetic medium in his collaborations with other New York School poets. He is best known for his memoir I Remember, of which Paul Auster said: “It is . . . one of the few totally original books I have ever read.”[1]

Joe Brainard was born March 11, 1942, in Salem, Arkansas, and spent his childhood in Tulsa, Oklahoma. He is the brother of painter John Brainard.

Brainard became friends with Ron Padgett, Dick Gallup, and Ted Berrigan during high school while working on the literary journal The White Dove Review, which was printed five times during 1959/1960. The 18-year-old Brainard joined the journal as its art editor after fellow Central High classmate Padgett sent Brainard an anonymous Christmas card praising his work.

After high school, the artist re-united with the White Dove boys in New York City shortly after leaving the Dayton Art Institute.[2][3]

By 1964, Brainard had already had his first solo exhibition and was ensconced in a circle of friends that included Frank O'Hara, Kenneth Koch, Alex Katz, Edwin Denby, Larry Rivers, Fairfield Porter, James Schuyler, Jane Freilicher, Virgil Thomson, John Ashbery, among many others. He also began a relationship with Kenward Elmslie which lasted much of his life, despite having other lovers. He found much success as an artist, until he removed himself from the art-world in the early 1980s. He devoted the last years of his life to reading. 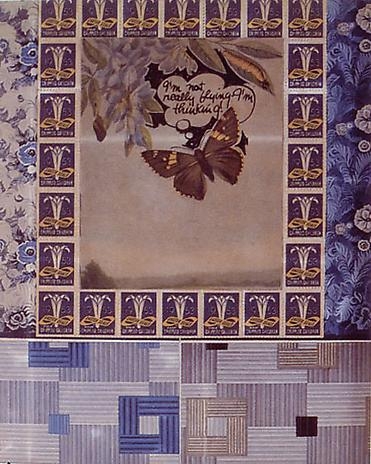