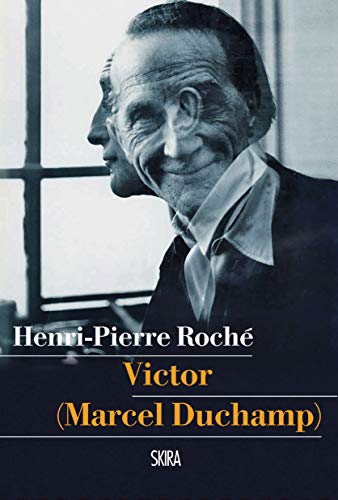 Henri-Pierre Roché (28 May 1879 – 9 April 1959) was a French author who was deeply involved with the artistic avant-garde in Paris and the Dada movement.

Late in life, Roché published two novels: his first was Jules et Jim (1953), a semi-autobiographical work published when he was 74. His second novel, Les deux anglaises et le continent (Two English Girls, 1956), was also inspired by his life. Both were adapted as films by the director François Truffaut, in 1962 and 1971 respectively. The popularity of the film Jules et Jim brought renewed attention to Roché's novels and life.

Roché was born in Paris, France. In 1898, he was an art student at the Académie Julian.[1]

Roché became a respected journalist as well as an art collector and dealer. At the turn of the 20th century, he became close friends with a number of young European artists from the Montparnasse Quarter of Paris including Manuel Ortiz de Zárate and Marie Vassilieff; and from Montmartre, Max Jacob and Pablo Picasso. He was at home in the world of artists, collectors and gallerists. In November 1905, he introduced the Americans Leo Stein and his sister Gertrude Stein to Picasso.

Leo described Roché as "a tall man with an inquiring eye under an inquisitive forehead, wanted to know something more about everything. He was a born liaison officer, who knew everybody and wanted everybody to know everybody else."[2] Gertrude Stein, in chapter 3 of her The Autobiography of Alice B. Toklas, described Roché in much the same terms. She particularly appreciated his having read her Three Lives and early recognition of her value as a writer.[3]

Roché was also a friend of Francis Picabia, Constantin Brâncuși and Marcel Duchamp. Following his discharge from the French army, Roché and Duchamp traveled to New York City in 1916. There, they teamed up with Beatrice Wood to create The Blind Man, a magazine that was one of the earliest manifestations in the United States of the Dada art movement.

Roché became the chief advisor to the renowned American collector John Quinn in 1917, and made many notable acquisitions for him between 1917 and 1924.

In his later years, he wrote and published two successful novels. His first novel, Jules et Jim (1952), was published when he was 74. His second novel, also inspired by his life, was Les deux anglaises et le continent (Two English Girls, 1956). Both novels, although written by a man who was quite advanced in age, express a vitality and freshness not often seen in French romantic stories of the time. After Jules et Jim was adapted by François Truffaut as the 1962 film Jules et Jim, both of Roché's novels attracted widespread interest and sales.

Since the late 20th century, biographies of Beatrice Wood have associated Roché's first novel with the love triangle among Duchamp, Wood and Roché.[4] Other sources say he referred to this triangle in his unfinished novel, Victor.

Jules et Jim has been documented as inspired by the triangle among Roché, the German writer Franz Hessel (who translated Marcel Proust into German, as the character Jules did) and Hélène Grund, who married Hessel.[5]

The French director François Truffaut came across Jules et Jim at a secondhand bookseller. He looked up Roché and befriended him when the writer was in his final years. Roché died in 1959 in Sèvres, Hauts-de-Seine.

The earliest translation of Jules et Jim into English was for a Panther paperback published in Great Britain in 1963.

Truffaut was so impressed by Roché's two novels that he adapted each of them for films with the same titles. Truffaut's adaptation of Jules et Jim (1962) was very popular, bringing renewed attention to Roche's novels. In 1971, Truffaut directed and released Les deux anglaises et le continent, starring Jean-Pierre Léaud.