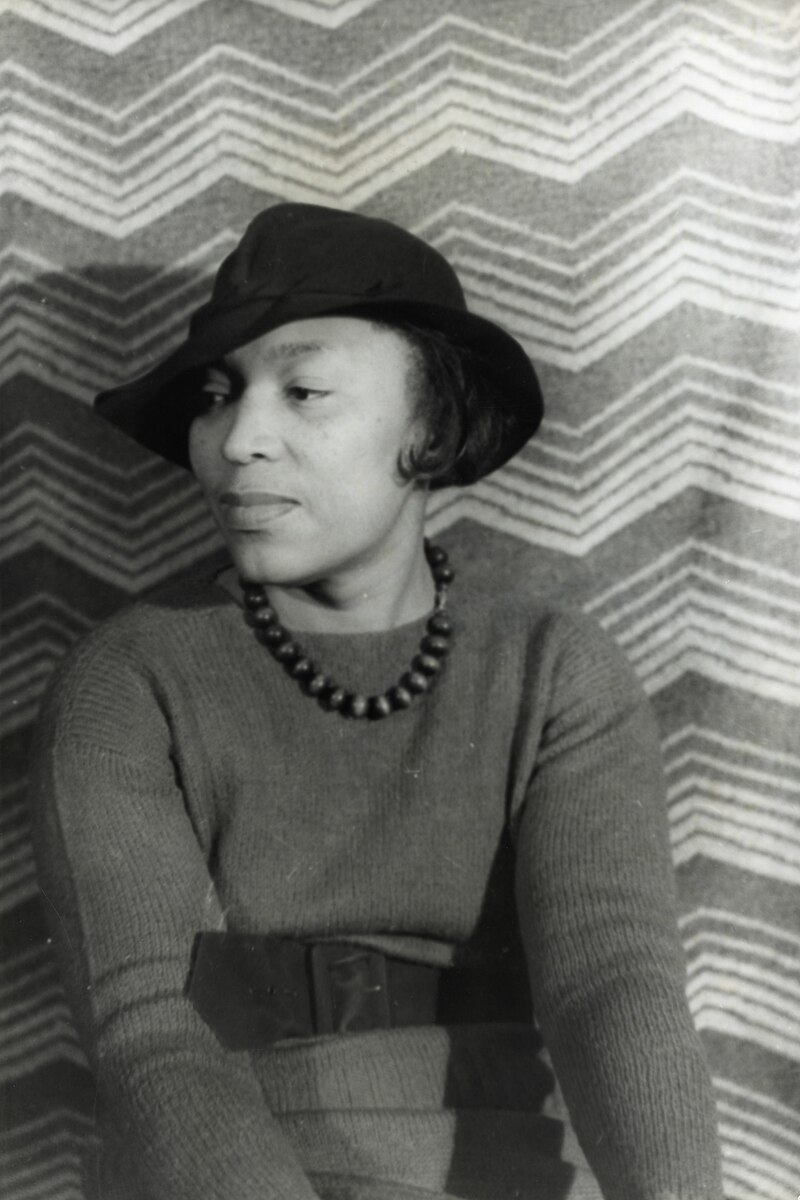 Zora Neale Hurston (January 7, 1891[1][2] – January 28, 1960) was an American author, anthropologist, and filmmaker. She portrayed racial struggles in the early-1900s American South and published research on hoodoo.[3] The most popular of her four novels is Their Eyes Were Watching God, published in 1937. She also wrote more than 50 short stories, plays, and essays.

Hurston was born in Notasulga, Alabama, and moved with her family to Eatonville, Florida, in 1894. She later used Eatonville as the setting for many of her stories. It is now the site of the "Zora! Festival", held each year in her honor.[4]

In her early career, Hurston conducted anthropological and ethnographic research while a student at Barnard College and Columbia University.[5] She had an interest in African-American and Caribbean folklore, and how these contributed to the community's identity.

In June of 1926, Hurst moved into an apartment at 43 West 66th Street, between Columbus Avenue and Central Park West, one of a small row of townhouses owned by the New York African Society for Mutual Relief and rented over the years to mainly black tenants. Forty-three West became Hurston’s favorite New York address, of many, and she stayed there on and off for the next five years. The apartment was a welcome haven for the writers and artists she knew, including her sometimes-collaborator, Langston Hughes. She not only provided pencil and paper to stimulate creation, “she knew when you were hungry,” Bruce Nugent remembered, and always made sure to have food on hand.

Hurston’s other home in Manhattan at this time was 267 West 136th Street in Harlem, known to other Harlem writers as “267 House.” This was a 19th century tenement building owned by Iolanthe Sydney, a black philanthropist who gave rooms rent-free to New Negro writers, artists and musicians.

She also wrote fiction about contemporary issues in the black community and became a central figure of the Harlem Renaissance. Her short satires, drawing from the African-American experience and racial division, were published in anthologies such as The New Negro and Fire!!.[6] After moving back to Florida, Hurston wrote and published her literary anthropology on African-American folklore in North Florida, Mules and Men (1935), and her first three novels: Jonah's Gourd Vine (1934); Their Eyes Were Watching God (1937); and Moses, Man of the Mountain (1939). Also published during this time was Tell My Horse: Voodoo and Life in Haiti and Jamaica (1938), documenting her research on rituals in Jamaica and Haiti.

Hurston's works concerned both the African-American experience and her struggles as an African-American woman. Her novels went relatively unrecognized by the literary world for decades. Interest was revived in 1975 after author Alice Walker published an article, "In Search of Zora Neale Hurston", in the March issue of Ms. magazine that year. Hurston's manuscript Every Tongue Got to Confess, a collection of folktales gathered in the 1920s, was published posthumously in 2001 after being discovered in the Smithsonian archives. Her nonfiction book Barracoon: The Story of the Last "Black Cargo", about the life of Cudjoe Lewis (Kossola), was published posthumously in 2018.