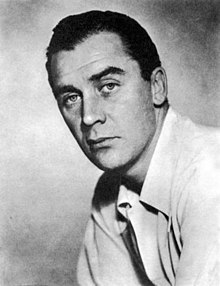 Winsor French was born on December 24, 1904, in Saratoga Springs, New York, the son of Winsor P. French (d. 1908), from a military family from Massachusetts,[1] and Edith Ide French. After his father's death, Edith French remarried to Joseph Oriel Eaton II, founder of Eaton Corporation, and the family moved to Cleveland.[2]

He attended Kenyon College but did not graduated.[1]

In 1936 he spent 6 weeks at the Hollywood home of Cole Porter and Linda Lee Thomas; French had met the Porters through their common friend, Leonard C. Hanna Jr.. Through the Porters, he met Roger Stearns, Cole Porter's friend and French's future longtime companion.[1]

In the 1930s he was the first editor from a mainstream Cleveland newspaper to attend African-American nightclubs and report about the jazz culture that was spreading.[1] For a time Winsor French used the pen-name of Noel Francis.[1]

In 1941 he moved to New York City, but at the end of the World War II he moved back to Cleveland and to the Cleveland Press and accepted a position as correspondent from Europe; while there he interviewed Noel Coward, Beatrice Lillie, and W. Somerset Maugham.[2]

He was comfortably wealthy thanks to a gift of IBM stock from Leonard C. Hanna Jr.. French's longtime companion was Roger Stearns, a New York Club owner. The couple lived together in apartments in Lakewood and Shaker Heights, Cleveland, until Stearns' death in 1958. Cole Porter etched on an ashtray owned by French "To the lovely loins of Roger Stoins."[3]

Confined to a wheelchair late in his life, he lobbied for the rights of disabled people; he obtained for the Cleveland City Hall and other city buildings to be accessible to disabled persons. Due to his efforts, French received a presidential citation in 1966.[2]

He retired in 1968 and died in 1973. He was buried with his parents in Williamstown, Massachusetts.[2]