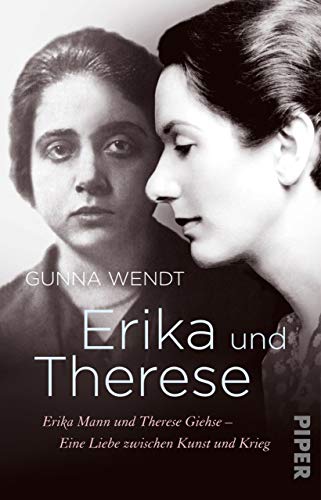 Therese Giehse (6 March 1898 – 3 March 1975), born Therese Gift, was a German actress. Born in Munich to German-Jewish parents, she first appeared on the stage in 1920. She became a major star on stage, in films, and in political cabaret. In the late 1920s through 1933, she was a leading actress at the famous Munich Kammerspiele. In 1932, in response to the alarming rise of National Socialism in Germany, Erika Mann founded a political cabaret, the Pfeffermühlentheater (Pepper Mill Theatre), in Berlin. Her collaborators in the project were the actress Therese Giehse, her lover, the composer Magnus Henning and Klaus Mann. The premiere on 1 January 1933 was a resounding success; but when the Nazis took power on 30 January further performances were rendered impossible. In March 1933 the Pfeffermühle moved into exile in Zurich. However, touring even in the countries around Germany grew increasingly difficult, and eventually the group abandoned Europe, attempting unsuccessfully to relaunch themselves in New York in January 1937. Giehse and Henning travelled back to Europe, but Mann decided to stay in the US, where she lectured on the National Socialist regime and attempted to expose its intentions and practices in books such as her School for Barbarians: Education under the Nazis (1938).

During her exile, Giehse traveled throughout central Europe with Pfeffermühle. On 20 May 1936, she married the homosexual English writer John Hampson to obtain a British passport and avoid capture by the Nazis.

In exile, Giehse played the first Mother Courage in the world premiere of Bertolt Brecht's play Mother Courage and Her Children, in 1941 at the Schauspielhaus Zürich.[1][2]

She returned to Germany after World War II, and performed in theaters on both sides of the Iron Curtain, but mostly in her native Bavaria. After the war, Giehse returned to Munich and to the Munich Kammerspiele, where, in 1950, she again played the role of Mother Courage, this time directed by Brecht himself. This production became documented as the second "Model production" of Brecht's play (the first "Model production" had been performed by Brecht's wife, Helene Weigel in 1949 in Berlin). Giehse and Brecht would often converse in their strong Bavarian (southern German) dialect during rehearsals, making Brecht's wife jealous of their kindred spirit.[3]]

Throughout the 1950s and 1960s, Giehse continued to perform many lead roles in various theaters in Germany, often using her considerable comic skills to play character roles, as well as great dramatic roles, such as the leads in several landmark productions by Friedrich Dürrenmatt, the world premiere of The Visit in 1956, and The Physicists in 1962. She later worked with Peter Stein's renowned Schaubühne am Halleschen Ufer in Berlin.[4]

She also appeared in over 20 films and a number of television productions. In 1988, a commemorative stamp was printed in her honor as part of the Women in German history series. In the same year a commemorative exhibition took place at the Deutsches Theatermuseum in Munich [5]