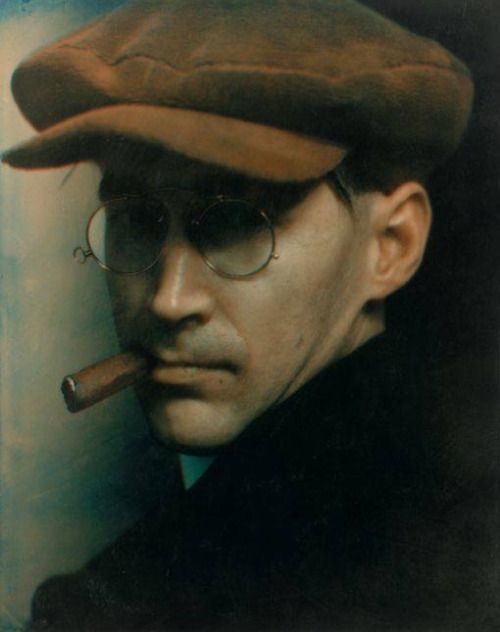 Eugen Berthold Friedrich Brecht[a] (10 February 1898 – 14 August 1956), known professionally as Bertolt Brecht, was a German theatre practitioner, playwright, and poet. Brecht’s curiosity and exploration extended to his sexual life as well. By the age of sixteen, he began to frequent a brothel as part of a conscientious effort to broaden his experiences. Between sixteen and twenty, he apparently pursued eight girls simultaneously, including Paula Banholzer, the woman who gave birth to his illegitimate child in 1919. He is known to have experimented with homosexuality, often inviting literary and musically inclined male friends to his room on weekends in order for them to read erotic compositions.

Eugen Berthold Friedrich Brecht (as a child known as Eugen) was born on 10 February 1898 in Augsburg, Bavaria, the son of Berthold Friedrich Brecht (1869–1939) and his wife Sophie Brezing (1871–1920). Brecht's mother was a devout Protestant and his father a Roman Catholic (who had been persuaded to have a Protestant wedding). The modest house where he was born is today preserved as a Brecht Museum.[5] His father worked for a paper mill, becoming its managing director in 1914.[6]

Coming of age during the Weimar Republic, he had his first successes as a playwright in Munich and moved to Berlin in 1924, where he wrote The Threepenny Opera with Kurt Weill and began a lifelong collaboration with the composer Hanns Eisler. Immersed in Marxist thought during this period, he wrote didactic Lehrstücke and became a leading theoretician of epic theatre (which he later preferred to call "dialectical theatre") and the so-called V-effect. During the Nazi period he lived in exile, first in Scandinavia, and during World War II in the United States, where he was surveilled by the FBI[3] and subpoenaed by the House Un-American Activities Committee. Returning to East Berlin after the war, he established the theatre company Berliner Ensemble with his wife and long-time collaborator, actress Helene Weigel.[4]

In 1930 Brecht married Helene Weigel; their daughter Barbara Brecht was born soon after the wedding.[57] She also became an actress and would later share the copyrights of Brecht's work with her siblings.

Fearing persecution, Brecht left Nazi Germany in February 1933, just after Hitler took power. After brief spells in Prague, Zurich and Paris he and Weigel accepted an invitation from journalist and author Karin Michaëlis to move to Denmark. The family first stayed with Karin Michaëlis at her house on the small island of Thurø close to the island of Funen. They later bought their own house in Svendborg on Funen. This house located at Skovsbo Strand 8 in Svendborg became the residence of the Brecht family for the next six years, where they often received guests including Walter Benjamin, Hanns Eisler and Ruth Berlau. During this period Brecht also travelled frequently to Copenhagen, Paris, Moscow, New York and London for various projects and collaborations.

When war seemed imminent in April 1939, he moved to Stockholm, Sweden, where he remained for a year.[58] After Hitler invaded Norway and Denmark, Brecht left Sweden for Helsinki, Finland, where he lived and waited for his visa for the United States until 3 May 1941.[59] During this time he wrote the play Mr Puntila and his Man Matti (Herr Puntila und sein Knecht Matti) with Hella Wuolijoki, with whom he lived in Marlebäck.

Hangmen Also Die! was Brecht's only script for a Hollywood film. The money he earned from writing the film enabled him to write The Visions of Simone Machard, Schweik in the Second World War and an adaptation of Webster's The Duchess of Malfi.

In the years of the Cold War and "Red Scare", Brecht was blacklisted by movie studio bosses and interrogated by the House Un-American Activities Committee.[62] Along with about 41 other Hollywood writers, directors, actors and producers, he was subpoenaed to appear before the HUAC in September 1947. Although he was one of 19 witnesses who declared that they would refuse to appear, Brecht eventually decided to testify. He later explained that he had followed the advice of attorneys and had not wanted to delay a planned trip to Europe. On 30 October 1947 Brecht testified that he had never been a member of the Communist Party.[62] He made wry jokes throughout the proceedings, punctuating his inability to speak English well with continuous references to the translators present, who transformed his German statements into English ones unintelligible to himself. HUAC vice-chairman Karl Mundt thanked Brecht for his co-operation. The remaining witnesses, the so-called Hollywood Ten, refused to testify and were cited for contempt. Brecht's decision to appear before the committee led to criticism, including accusations of betrayal. The day after his testimony, on 31 October, Brecht returned to Europe.

He lived in Zurich in Switzerland for a year. In February 1948 in Chur, Brecht staged an adaptation of Sophocles' Antigone, based on a translation by Hölderlin. It was published under the title Antigonemodell 1948, accompanied by an essay on the importance of creating a "non-Aristotelian" form of theatre.

In 1949 he moved to East Berlin and established his theatre company there, the Berliner Ensemble. He retained his Austrian nationality (granted in 1950) and overseas bank accounts from which he received valuable hard currency remittances. The copyrights on his writings were held by a Swiss company.[63] At the time he drove a pre-war DKW car—a rare luxury in the austere divided capital.

Brecht died on 14 August 1956[67] of a heart attack at the age of 58. He is buried in the Dorotheenstädtischer cemetery on Chausseestraße in the Mitte neighbourhood of Berlin, overlooked by the residence he shared with Helene Weigel.

According to Stephen Parker, who reviewed Brecht's writings and unpublished medical records, Brecht contracted rheumatic fever as a child, which led to an enlarged heart, followed by lifelong chronic heart failure and Sydenham's chorea. A report of a radiograph taken of Brecht in 1951 describes a badly diseased heart, enlarged to the left with a protruding aortic knob and with seriously impaired pumping. Brecht's colleagues described him as being very nervous, and sometimes shaking his head or moving his hands erratically. This can be reasonably attributed to Sydenham's chorea, which is also associated with emotional lability, personality changes, obsessive-compulsive behavior, and hyperactivity, which matched Brecht's behavior. "What is remarkable," wrote Parker, "is his capacity to turn abject physical weakness into peerless artistic strength, arrhythmia into the rhythms of poetry, chorea into the choreography of drama."[68]