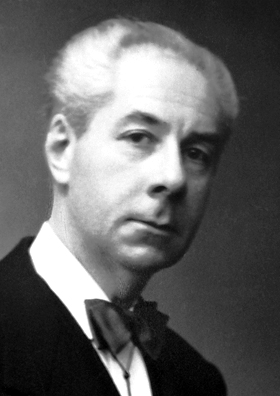 Roger Martin du Gard (23 March 1881 – 22 August 1958) was a French novelist, winner of the 1937 Nobel Prize for Literature. Martin du Gard, homosexual by inclination and avocation, was miserably married to a devout Catholic who despised all his literary friends. On 7 November 1932, in Berlin, Count Harry Kessler had dinner with the French novelist Roger Martin du Gard, among others. Kessler recorded the Frenchman’s impressions in his diary: It is his first visit and what fascinates him most is the life in the streets, ‘la Rue de Berlin’. The people he sees there seem to him quite different from those in Paris; the future is reflected in their looks. The new man, the man of the future, is being created in Germany … Martin du Gard is much impressed with the fine appearance of the German race. The handsome boys and beautiful young girls are, to him, a reincarnation of ancient Greece. Martin du Gard reported back to André Gide on the wonders and delights of Berlin, where he had found the young involved in ‘natural, gratuitous pleasures, sport, bathing, free love, games, [and] a truly pagan, Dionysiac freedom’. He spent most of his time there wandering around ‘the less salubrious districts of the city’, noticing (relative to Paris) the many prostitutes of both sexes and the ready availability of pornography. Encouraged by such reports, André Gide visited Berlin no fewer than five times in 1933. He, too, was delighted by, and seriously interested in, what he found there, although he did concede to Robert Levesque that Paris itself was slowly becoming more Berlin-like even if at the same time (to use that most erotically evocative of geographical terms) more ‘southern’. The two writers coincided in Berlin in October, Gide arriving for a fortnight, Martin du Gard for five weeks. They did their best to avoid each other on their forays into the sexual underworld, but always dutifully compared notes on what they had seen and experienced. Martin du Gard posed as a specialist in matters sexual in order to attend interviews with homosexual men at Magnus Hirschfeld’s Institute. He also toured the gay clubs, nominating as his favourites the Hollandais and the lesbian Monocle. Christopher Isherwood was at Hirschfeld’s Institute on the day that Gide was given a guided tour, Gide ‘in full costume as The Great French Novelist, complete with cape’. Retrospectively calling him a ‘Sneering culture-conceited frog!’ from the safety of the mid-1970s – and in doing so sounding like a rather uptight, Francophobic D.H. Lawrence – Isherwood failed to consider that Gide’s pose might have been a way of giving Hirschfeld’s project the serious imprimatur of a symbolic cultural visit, to which the cape and the performed ‘greatness’ were essential embellishments.

Trained as a paleographer and archivist, he brought to his works a spirit of objectivity and a scrupulous regard for detail, and because of his concern with documentation and the relationship of social reality to individual development, his fiction has been linked with the realist and naturalist traditions of the 19th century. His sympathy for the humanist socialism and pacifism of Jean Jaurès is evident in his work.[1]

He is best known for The Thibaults, a multi-volume roman fleuve which follows the fortunes of two brothers, Antoine and Jacques Thibault, from their upbringing in a prosperous Catholic bourgeois family to the end of the World War I. Six parts of the novel were published between 1922 and 1929. After abandoning a seventh volume in manuscript, he published two more volumes in 1936 and 1940. Written under the shadow of the darkening international situation in Europe in the 1930s, these last parts, which together are longer than the previous six combined, focus on the political and historical situation leading up to the outbreak of the First World War and bring the story to 1918.

Martin du Gard wrote several other novels, including Jean Barois, which was set against the historical context of the Dreyfus Affair. During World War II, he resided in Nice, where he prepared a novel (Souvenirs du lieutenant-colonel de Maumort) which remained unfinished at his death. It was posthumously published in 1983. His other works include plays and a memoir of André Gide, a longtime friend.

Roger Martin du Gard died in 1958 and was buried in the Cimiez Monastery Cemetery in Cimiez, a suburb of the city of Nice, France.