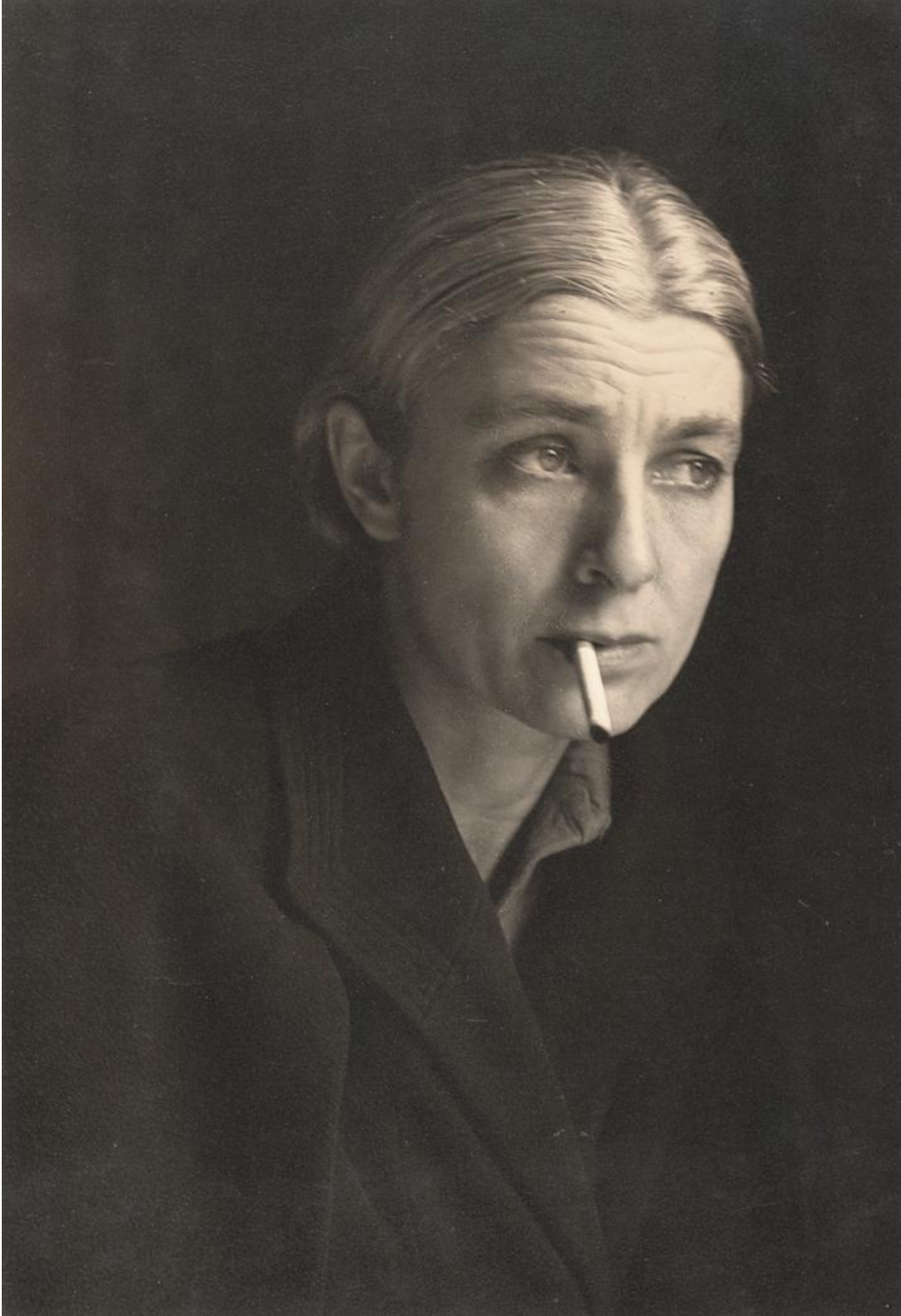 Rebecca Salsbury James (December 21, 1891 – July 8, 1968) was a self-taught American painter, born in London, England of American parents who were traveling with the Buffalo Bill Wild West Show.[1] She settled in New York City, where she married photographer Paul Strand. Following her divorce from Strand, James moved to Taos, New Mexico where she fell in with a group that included Mabel Dodge Luhan, Dorothy Brett, and Frieda Lawrence.[2] In 1937 she married William James, a businessman from Denver, Colorado who was then operating the Kit Carson Trading Company in Taos. She remained in Taos until her death in 1968.

Salsbury James was born to Nathan and Rachel Salsbury.[5] She had two older brothers, Nathan and Milton, and a twin sister, Rachel.[6] She grew up on New York City’s Upper West Side. With her twin sister, Rachel, she attended the Ethical Culture School beginning in 1905. She was a member of the glee club and basketball team. In 1915, she was valedictorian of the Teacher’s College graduating class. In 1917, she and her brother Nate published A Book of Children’s Songs.[7]

Rebecca Salsbury married photographer Paul Strand on January 21, 1922 in Manhattan.[8] The two were active participants in the group of artists that showed their work at Alfred Stieglitz's galleries 291, the Intimate Gallery, and An American Place. In addition to Stieglitz and Georgia O’Keeffe, the Strands were close to Marsden Hartley, Arthur Dove and Helen Torr, and Gaston and Isabel Lachaise.

In 1926, the Strands traveled to the west, visiting Mesa Verde National Park and cities including Denver, Santa Fe, and Taos. They had considered a European trip instead, but as Rebecca wrote to Paul, “Europe will still be there when we are middle-aged—we can still enjoy it—the West we should really see while we are young and sturdy—and that won’t last always.” [9] Strand enjoyed the southwest, and Mabel Dodge Luhan’s hospitality, so much that she wrote to Stieglitz and O’Keeffe, “She’s been so lovely … why she has been so kind to us we do not know. Except that she probably is to everybody. She does want you both to come sometime—Georgia should … she would do some great things—Georgia, do come some day.” [10]

In 1929, Strand returned to New Mexico with O’Keeffe. The two stayed at Mabel Dodge Luhan’s compound in Taos, where Strand taught O’Keeffe to drive. The two painted throughout the summer. Strand and her husband returned to the southwest in 1930, 1931, and 1932. In 1933, the two divorced in Mexico and Rebecca returned to Taos, where she would marry businessman William James in 1937.[11] In 1953 she published the book Allow Me to Present 18 Ladies and Gentlemen and Taos, New Mexico, 1885-1939.[12]