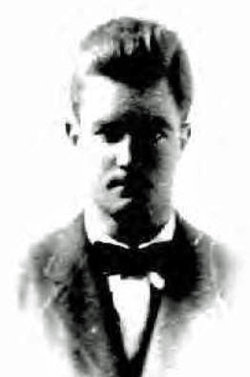 Charles Macgill James (August 2, 1897 - August 29, 1982) was the Assistant Director of Art of the National Gallery of Art in Washington DC. He was a member of the Horace Walpole Society, elected in 1943, honorary member in 1969. In 1957 he corresponded with Prentiss Taylor.

C. Macgill James was a former director of the Peale Museum and retired assistant director of the Smithsonian Institution's National Gallery of Art in Washington. He worked at the Peale Museum from 1933 until 1940 and then at the National Gallery until his retirement in 1956. Following his retirement, James served for a short time as curator of Biltmore House in Asheville, N.C., and then lived in the Westminster area before movig back to the Washington area. He illustrated a book on a World War I artillery unit and was co-author of a book on American paintings from the early 1700s until the mid-1920s.

Born in Catonsville, he graduated from the Phillips Exeter Academy before serving in the Army field artillery in France during World War I. He then attended Harvard and Columbia universities and worked in a family lumber business before taking the job at the municipal museum in Baltimore. His first wife, the former Bruce Kinsolving, died in 1947. He was survived by his second wife, the former Caroline Ross Rogers; two sons, Arthur Lee James, of Brookside, N.J., and Patrick Macgill James, of Nara, Japan.