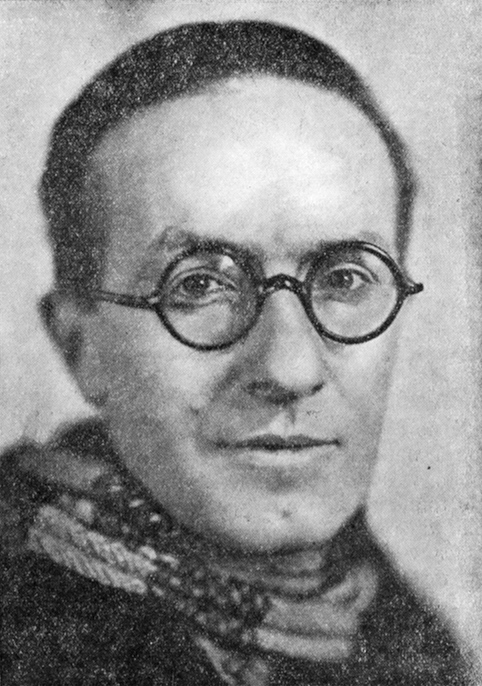 Hippolyte Jean Giraudoux (29 October 1882 – 31 January 1944) was a French novelist, essayist, diplomat and playwright. He is considered among the most important French dramatists of the period between World War I and World War II.[1] His work is noted for its stylistic elegance and poetic fantasy. Giraudoux's dominant theme is the relationship between man and woman—or in some cases, between man and some unattainable ideal.

Giraudoux was born in Bellac, Haute-Vienne, where his father, Léger Giraudoux, worked for the Ministry of Transport. Giraudoux studied at the Lycée Lakanal in Sceaux and upon graduation traveled extensively in Europe. After his return to France in 1910, he accepted a position with the Ministry of Foreign Affairs. With the outbreak of World War I, he served with distinction and in 1915 became the first writer ever to be awarded the wartime Legion of Honour.[2]

He married in 1918 and in the subsequent inter-war period produced the majority of his writing. He first achieved literary success through his novels, notably Siegfried et le Limousin (1922) and Eglantine (1927).

Back in Paris again in the spring of 1926, Klaus Mann met René Crevel. On this trip, Mann also met Jean Cocteau ("The hours spent in his company assume in my recollection a savour both of burlesque show and magic ritual"), Eugene McCown, Pavel Tchelitchew, Julien Green, Jean Giraudoux and others.

An ongoing collaboration with actor and theater director Louis Jouvet, beginning in 1928 with Jouvet's radical streamlining of Siegfried for the stage, stimulated Giraudoux's writing.[3] But it is his plays that gained him international renown. He became well known in the English speaking world largely because of the award-winning adaptations of his plays by Christopher Fry (The Trojan War Will Not Take Place) and Maurice Valency (The Madwoman of Chaillot, Ondine, The Enchanted, The Apollo of Bellac).

Giraudoux served as a juror with Florence Meyer Blumenthal in awarding the Prix Blumenthal, a grant given between 1919 and 1954 to painters, sculptors, decorators, engravers, writers, and musicians.[4] In politics he was affiliated with the Radical Party, served in the cabinet of Édouard Herriot in 1932, and was appointed as Minister of Information by Édouard Daladier in 1939.[5][6]

He is buried in the Cimetière de Passy in Paris.[7]