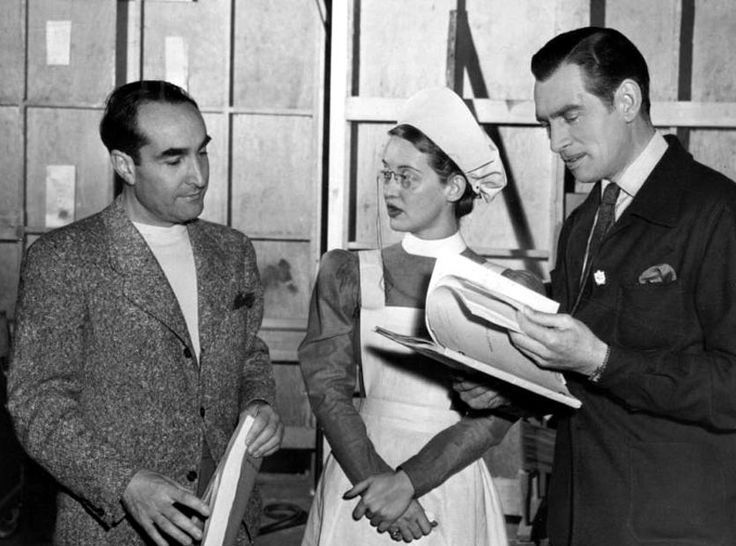 Irving Rapper (16 January 1898 - 20 December 1999) was an English-born American film director.[1] According to Scotty Bowers, who wrote the book Full Service: My Adventures in Hollywood and the Secret Sex Lives of the Stars, Rapper was one of his clients. Plying his trade based out of a gas station on Hollywood Boulevard, beginning after World War II, Bowers set up same sex dates for such Hollywood luminaries as director George Cukor, Katharine Hepburn, Spencer Tracy, Cary Grant and Rock Hudson, to name but a few.

Born to a Jewish family[2] in London. Rapper emigrated to the United States and became an actor and a stage director[1] on Broadway whilst studying at New York University. In 1936, he went to Hollywood, where he was hired by Warner Bros. as an assistant director and dialogue coach. He proved invaluable in translating and mediating for non-native English-speaking directors. By the early-1940s, he had metamorphosed into one of the hottest directors on the Warner Bros. lot.

He made his directing debut with the 1941 film Shining Victory, in which his friend Bette Davis appeared as a show of support for him. He would go on to direct her in four more films, Now, Voyager (1942), The Corn Is Green (1945), Deception (1946), and Another Man's Poison (1952). In later years, Rapper admitted that he found Davis very difficult to work with and that she would, "...hold the whole set hostage, stopping production for a day, because of her mood."

Rapper's film One Foot in Heaven (1941) was nominated for the Academy Award for Best Film. Perhaps his best film in a studio other than Warner Bros. was The Brave One (1956) about a Mexican boy who must rescue his bull from a brutal fight against a top matador, which earned the then-blacklisted writer Dalton Trumbo an Academy Award for his original screenplay despite being a box office failure.

Additional credits include The Voice of the Turtle (1947),[3] The Glass MenagerieMarjorie Morningstar (1958), and The Miracle, a 1959 remake of the 1912 hand-colored, black-and-white film The Miracle.

Rapper died at the grand old age of 101 on 20 December 1999 at the Motion Picture and Television Fund home in Woodland Hills, Los Angeles, where he had been a resident since 1995.