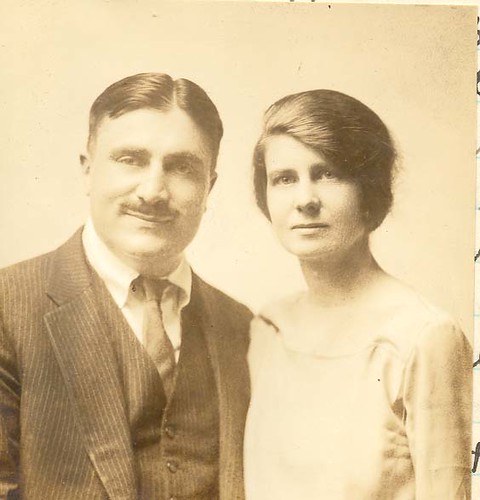 Farwell Knapp (November 28, 1893 - September 19, 1942) was a student at Yale University and Harvard University law school and was involved with the secret society Skull and Bones which led to his friendships with fellow alumni (such as poet Phelps Putnam and painter Russell Cheney). Among Phelps Putnam's close friends, at least two, Mitch Davenport and Farwell Knapp, offer striking parallels to his own life: both were trapped in unhappy marriages and only truly content when in the company of men they loved. In addition, a third member of their group, Charlie Walker (who’d also marry and have children), was arrested in 1916 on an apparent morals charge, which usually meant public homosexual activity. The number of suicides in Putnam’s circle is striking: Farwell Knapp put a gun to his head; Parker Lloyd-Smith, boon companion of Mitch Davenport, leaped from the twenty-third floor of a building. Even F.O. Matthiessen, the most grounded of the whole group, plunged from the twelfth floor of a Boston hotel in 1950, depressed over Russell Cheney’s death and weary of being hounded for both his homosexuality and his political views.

Farwell Knapp was born in Bridgeport, Connecticut, on November 28, 1893. He was educated at the Taft School (in Watertown) and Yale University where he was a member of Phi Beta Kappa and Skull and Bones. After his graduation from Yale in 1916 Knapp entered Harvard University Law School. Knapp left his studies in 1917 and enlisted in the Army, where he served with the 302nd Field Artillery in France. Knapp returned to law school after the war, graduating in 1921, and was admitted to the Connecticut Bar in 1922. The following year Knapp married Helen Bayne (1896-1984) with whom he had two daughters (Emily Perkins and Elizabeth Cheney). Knapp first worked in the office of Shipman & Goodwin before he was appointed assistant tax commissioner of the state of Connecticut in 1925, a position he would hold until 1937, at which point he became a partner in the firm of Marsh, Stoddard & Day.

On a rainy night in February 1928, Farwell Knapp, assistant tax commissioner for the state of Connecticut, was awakened by a loud pounding on the door of his house in West Hartford. Hurrying downstairs, he found his old friend from Yale, Phelps Putnam. The poet was drunk and spitting mad. He’d had an argument with his friend, the painter Russell Cheney, whose niece was Knapp’s wife, and he had come from Cheney’s farm across the river in South Manchester, hoping to take shelter with Knapp. From Knapp’s, Putnam, still obviously drunk, fired off a letter to Cheney: “When I come to you with a sick, empty, and confused soul. . . you go away. What the hell?” Clearly, Cheney had proven unable or unwilling to ameliorate the pain Putnam perpetually carried around with him.

In letters to Putnam, Knapp wrote of feeling “deprived” of his life, forced to socialize at a stuffy men’s club where all the talk was of “sports and drunken parties, neither of which I partake of.” He slept apart from his wife. She and their two children made a “great burden” for him, and Knapp saw no way out. He had only two choices, he believed: married life or “solitude, and I can’t face that.”

In 1941 Knapp worked for a short time as a trust officer in the Phoenix State Bank & Trust Company before his retirement due to a heart condition. During his career Knapp also taught at the Hartford College of Law. Knapp committed suicide in 1942.