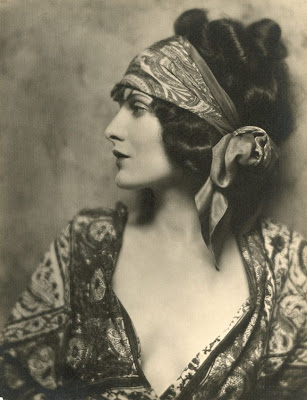 Evelyn Brent (born Mary Elizabeth Riggs,[1] October 20, 1895[2][3][4]– June 4, 1975[5]) was an American film and stage actress. On November 3, 1928, Brent signed a contract with Paramount. It is likely that the contract brought certain pressures on Brent. According to film historian Anthony Slide, "The better-known lesbians in Hollywood during the silent era include Evelyn Brent, Nita Naldi, Alla Nazimova, and Lilyan Tashman." Furthermore, social historian Lilian Faderman concurred: "Throughout the 1920s, the lesbian cavortings of silent film stars such as Evelyn Brent, Nita Naldi, Pola Negri, and Lilyan Tashman were Hollywood's open secret.'" John Kobal said it without saying it. "More often than not, she came across as a hard woman lacking femininity." Louise Brooks also hinted that Brent had masculine traits." Writer David Chierichetti assisted John Engstead when he wrote his book Star Shots. "I got the impression that John Engstead thought that she had become a lesbian, that she was living with some girl in Westwood on very reduced circumstances just a couple years after she left Paramount?"

Born in Tampa and known as Betty, Brent was a child of 10 when her mother Eleanor died, leaving her father Arthur to raise her alone.

After moving to New York City as a teenager, her good looks brought modeling jobs that led to an opportunity to become involved in the still relatively new business of making motion pictures.

She originally studied to be a teacher. While attending a normal school in New York she visited the World Film Studio in Fort Lee, New Jersey. Two days later she was working there as an extra making $3 a day.

She began her film career working under her own name at a New Jersey film studio then made her major debut in the 1915 silent film production of the Robert W. Service poem, The Shooting of Dan McGrew.

As Evelyn Brent, she continued to work in film, developing into a young woman whose sultry looks were much sought after. After World War I, she went to London for a vacation.

She met American playwright Oliver Cromwell who urged her to accept an important role in The Ruined Lady. The production was presented on the London stage. The actress remained in England for four years, performing in films produced by British companies. She also worked on stage there before going to Hollywood in 1922. 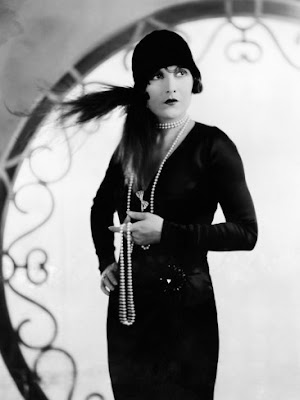 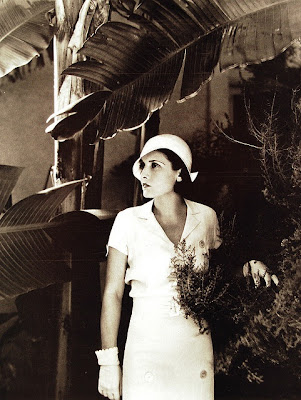 There, her career received a major boost the following year when she was chosen as one of the WAMPAS Baby Stars. Douglas Fairbanks Sr. signed her but failed to find a story for her; she left his company to join Associated Authors.

Brent went on to make more than two dozen silent films including three for the noted Austrian director Josef von Sternberg, including The Last Command (1928), an epic war drama for which Emil Jannings won the first Academy Award for Best Actor and featured a pivotal supporting performance for William Powell.

Later that same year, she starred opposite William Powell in Paramount Pictures' (and her own) first talkie. One film, Interference (1928), did not live up to expectations at the box office. Despite that, Brent played major roles in several more features, most notably The Silver Horde and the Paramount Pictures all-star revue Paramount on Parade (both 1930).

By the early part of the 1930s, she was busy working in secondary roles in a variety of films as well as touring with vaudeville shows.

By 1941 her screen career was at its least prestigious point. Now too mature for ingenue roles, and no longer in demand by major studios, she found plenty of work at the smaller, low-budget studios.

She photographed attractively opposite leading men who were also at advanced ages and later stages in their careers: Neil Hamilton in Producers Releasing Corporation's production Dangerous Lady, Lee Tracy in the same studio's The Payoff, and Jack Holt in the serial Holt of the Secret Service, produced by Larry Darmour for Columbia Pictures. Her performances were still persuasive, and her name was still recognizable to moviegoers: theater owners often put "Evelyn Brent" on their marquees. In the early 1940s she worked in the Pine-Thomas "B" action features for Paramount Pictures release. Veteran director William Beaudine cast her in many "B" productions, including Emergency Landing (1941), Bowery Champs (1944), The Golden Eye (1948), and Again Pioneers (1950).

After performing in more than 120 films, she retired from acting in 1950 and worked for a number of years as an actor's agent.

Evelyn returned to acting in television's Wagon Train for one episode in 1960, The Lita Foladaire Story starring Ward Bond and Diane Brewster; Brent played a housekeeper.

Evelyn Brent was married three times: to movie executive Bernard P. Fineman, to producer Harry D. Edwards, and finally to the vaudeville actor Harry Fox for whom the foxtrot dance was named. They were still married when he died in 1959.[6]

Brent died of a heart attack in 1975[7] at her Los Angeles home. She was cremated and interred in the San Fernando Mission Cemetery in Mission Hills, California.