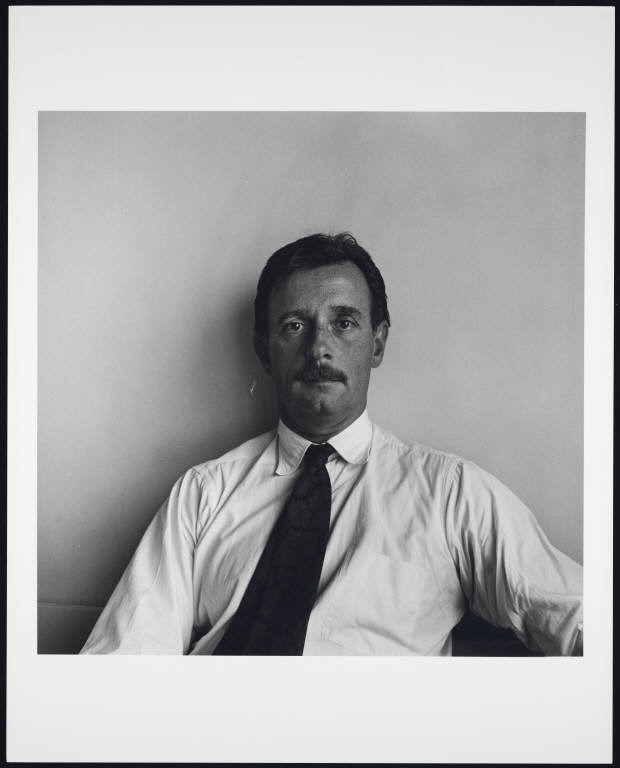 Edmund Valentine White III (born January 13, 1940) is an American novelist, memoirist, and an essayist on literary and social topics. Much of his writing is on the theme of same-sex love. His books include The Joy of Gay Sex (1977) (written with Charles Silverstein), his trio of autobiographic novels, A Boy's Own Story (1982), The Beautiful Room Is Empty (1988) and The Farewell Symphony (1997), and his biography of Jean Genet.

Edmund Valentine White was born on January 13, 1940, in Cincinnati, Ohio. White largely grew up in Chicago, Illinois. He attended Cranbrook School in Bloomfield Hills, Michigan, as a boy. Afterwards he studied Chinese at the University of Michigan, graduating in 1962.

In the late 1940s, in New York at the age of nine, Edmund White met his first Englishman, a soldier, while eating out with his parents. Already having read Oscar Wilde, he felt he ought to deliver an epigram. But when he did – ‘I know a widow who just buried her husband and her hair has gone quite gold with grief’ – the soldier ‘looked genuinely repulsed. He winced with disgust and turned his attention to his chop.’ White was probably right to infer that the man was ‘sickened by my effeminacy and crazy interjection’.

"Writing has always been my recourse when I've tried to make sense of my experience or when it's been very painful. When I was 15 years old, I wrote my first (unpublished) novel about being gay, at a time when there were no other gay novels. So I was really inventing a genre, and it was a way of administering a therapy to myself, I suppose."[2] 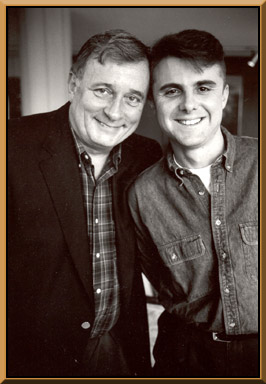 White declined admission to Harvard University's Chinese doctoral program in favor of following a lover to New York, where he worked for eight years as a staffer at Time-Life Books and freelanced for Newsweek. After briefly relocating to Rome and then New York, he was briefly employed as an editor for the Saturday Review when the magazine was based in San Francisco in the early 1970s; after the magazine folded in 1973, White returned to New York to edit Horizon (a quarterly cultural journal) and freelance as a writer and editor for entities, including Time-Life and The New Republic.

White is gay and much of his work draws on his gay experience. His debut novel, Forgetting Elena (1973), set on an island, can be read as commenting on gay culture in a coded manner. The American/Russian novelist Vladimir Nabokov called it "a marvelous book".[3] Written with psychotherapist Charles Silverstein, The Joy of Gay Sex (1977) made him known to a wider readership. His next novel, Nocturnes for the King of Naples (1978) was explicitly gay-themed and drew on his own life.[4]

From 1980 to 1981, White was a member of a gay writers' group, The Violet Quill, that met briefly during that period and included Andrew Holleran and Felice Picano. White's autobiographic works are frank and unapologetic about his promiscuity and his HIV-positive status.[5]

In 1980, he brought out States of Desire,, a survey of some aspects of gay life in America. In 1982, he helped found the group Gay Men's Health Crisis in New York City.[6] In the same year appeared White's best-known work, A Boy's Own Story — the first volume of an autobiographic-fiction series, continuing with The Beautiful Room Is Empty (1988) and The Farewell Symphony (1997), describing stages in the life of a gay man from boyhood to middle age. Several characters in the latter novel are recognizably based on well-known people from White's New York-centered literary and artistic milieu.[7]

From 1983 to 1990 White lived in France. In 1984 in Paris he was involved in the foundation of the French HIV/AIDS organisation, AIDES. During this period, he brought out his novel, Caracole (1985), which centres on heterosexual relationships. After returning to America White maintained his interest in France and French literature, publishing Genet: a biography (1993), Our Paris: sketches from memory (1995), Marcel Proust (1998), The Flaneur: a stroll through the paradoxes of Paris (2000) and Rimbaud (2008).

The novel The Married Man (2000) is gay-themed and draws on White's life. Fanny: A Fiction (2003) is a historical novel about novelist Frances Trollope and social reformer Frances Wright in early 19th-century America. White's 2006 play Terre Haute (produced in New York City in 2009) portrays discussions that take place when a prisoner, based on terrorist bomber Timothy McVeigh, is visited by a writer based on Gore Vidal. (In real life McVeigh and Vidal corresponded but did not meet.)

White has been influential as a literary and cultural critic, particularly on same-sex love and sexuality.

He is currently a professor of creative writing in Princeton University's Lewis Center for the Arts.[8] In June 2012, White was reported by his husband, Michael Carroll, to be making 'remarkable' recovery after suffering two strokes in previous months.[9]

He has received many awards and distinctions. Among these he is a member of the American Academy of Arts and Letters and an Officier de l'Ordre des Arts et des Lettres. He received the inaugural Bill Whitehead Award for Lifetime Achievement from Publishing Triangle in 1989, and is also the namesake of the organization's Edmund White Award for Debut Fiction.

In 2014, Edmund White was presented the Bonham Centre Award from The Mark S. Bonham Centre for Sexual Diversity Studies, University of Toronto, for his contributions to the advancement and education of issues around sexual identification.[10]