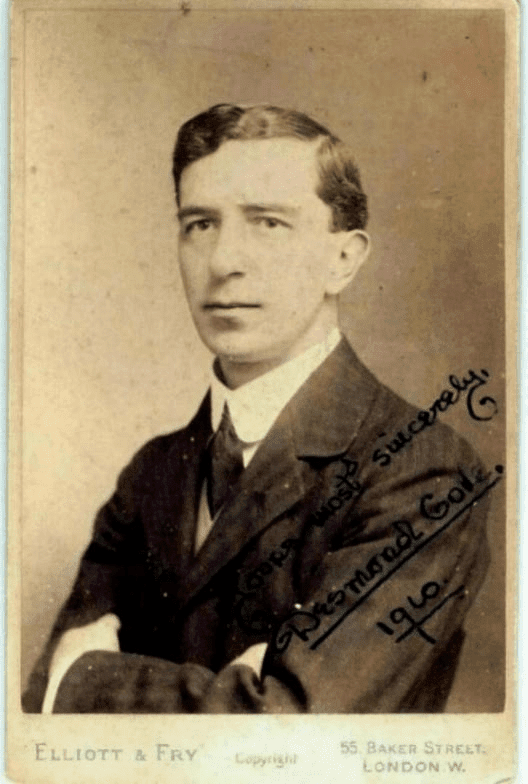 Desmond Frances Talbot Coke was born in London on July 5, 1879. His parents were Major-General John Talbot Coke and Charlotte Fitzgerald. Charlotte was a journalist who contributed to women's magazine. Educated at Shrewsbury School before going up to Oxford, Desmond joined the University's Volunteer Battalion. When war broke out, Desmond was commissioned into the 10th (Service) Battalion of the Loyal North Lancashire Regiment on 25th October 1914. He was sent to the Western Front where one of his duties as Ajutant of the Regiment was to write up the Battalion Diary. Desmond contracted Trench Fever in May 1916 and was sent back to Britain to recuperate. Invalided out of the Army due to a heart problem, Desmond became a teacher at Clayesmore School. He wrote adventure stories for boys and used the pen-name "Belinda Blinders". Desmond died on April 27, 1931 in Worthing.

Desmond wrote a Foreword to the collection of poems written by his friend Richard Dennys - "There is no Death, Poems... With a foreword by Desmond Coke, and a portrait, etc. by Richard Molesworth Dennys and Desmond Francis Talbot Coke" Perhaps Desmond's most famous book was “The Bending of the Twig” (Chapman & Hall, London, 1907). His declared aim in writing that book was “ to level destructive satire at the conventional school story, and on its ruins to erect a structure rather nearer to real life.”