Denman Ross (January 10, 1853 - September 12, 1935) was an American painter, art collector, and scholar of art history and theory. He was a professor of art at Harvard University and a trustee of the Museum of Fine Arts, Boston. Fletcher Steele admired Denman Ross, whose Harvard lectures on design theory inspired him as no others had. Ross often invited Steele and others to his home for superb dinners (vegetables fresh from France) and theoretical discussions. As an honorary fellow of the Fogg Museum and a trustee of the Museum of Fine Arts, Ross led travel groups to Europe. Steele returned to Europe in 1924 with his old teacher and now friend, Denman Ross, visiting Paris, Venice and Lausanne. Over the next decade Steele's annual travels would include new places along with the old favorites. He routinely booked first-class passage on luxury steamers, nearly always in the company of clients and friends. His pockets filled with letter of introduction, Steele continued to discover Europe, public and private.

Denman Waldo Ross was born in Cincinnati, Hamilton County, Ohio, to wealthy parents, John Ludlow Ross and Frances Waldo, who moved soon after to Cambridge, Massachusetts to a large house at 24 Craigie Street where Denman lived until his death in London in 1935. He completed his undergraduate studies at Harvard University in 1875, and earned his doctorate in political economy from the same institution five years later.

Ross came to be interested in art soon after this, and began teaching courses in design and art theory at Harvard by 1889. Ross would spend much of the rest of his life lecturing on these and related topics, working with the Museum of Fine Arts, Boston on their burgeoning Oriental Art department, and traveling the world in search of artworks to add to his personal collection. Ross was also a member of some of Boston's elite inner circles, and is known to have brushed elbows not only with other prominent people associated with the Museum of Fine Arts and the art world, but also with the likes of Louis Brandeis, John Singer Sargent, Joseph Lindon Smith, Isabella Stewart Gardner and various members of Boston's most prominent families. A number of his students at Harvard, the Museum of Fine Arts, and elsewhere he lectured, went on to become prominent artists. Hyman Bloom and Jack Levine were among these, as was Marie Danforth Page.[1] The collection of objects donated by Ross to the Museum of Fine Arts over the course of his career as a collector covers a wide geographical, chronological, and material diversity. He collected a myriad of European art objects, along with a great many Chinese and Japanese paintings and textiles. Among the many objects in the Denman Waldo Ross collection at the Museum are a stone head from Angkor Wat, a 7th-century Chinese scroll painting attributed to Yan Liben, a set of ukiyo-e folding screen paintings of Kyoto's pleasure quarters, and a number of Chinese Buddhist steles and paintings. In 1907, he published a manual of design : "A Theory of Pure Design: Harmony, Balance, Rhythm" by Houghton-Mifflin and co. 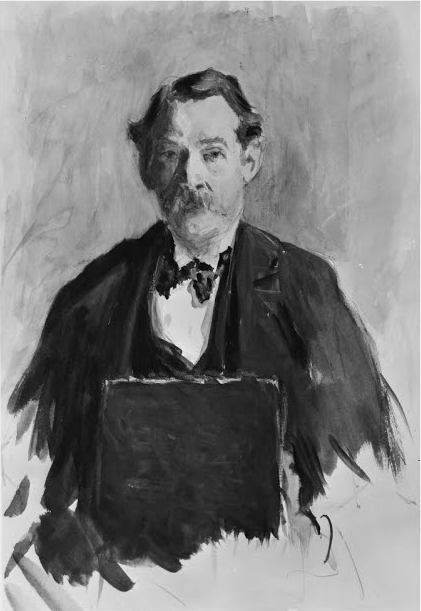 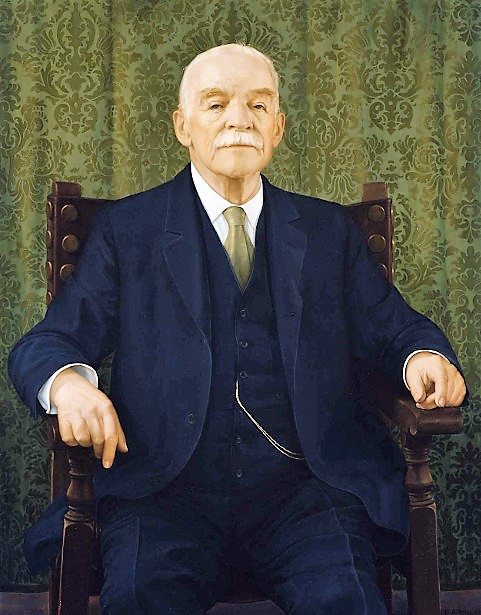