Barbara Woolworth Hutton (November 14, 1912 – May 11, 1979) was an American debutante, socialite, heiress, and philanthropist. She was dubbed the "Poor Little Rich Girl": first when she was given a lavish and expensive debutante ball in 1930 amid the Great Depression, and later due to a notoriously troubled private life.[1] Heiress to one-third of the estate of the retail tycoon Frank Winfield Woolworth, Barbara Hutton was one of the wealthiest women in the world. She endured a childhood marked by the early loss of her mother at age four to suicide and the neglect of her father, setting the stage for a life of difficulty forming relationships. Married and divorced seven times, she acquired grand foreign titles but was maliciously treated and often exploited by several of her husbands. Publicly she was much envied for her possessions, her beauty and her apparent life of leisure; privately she remained deeply insecure, often taking refuge in drink, drugs, and playboys. Hutton had one child, Lance Reventlow, with her second husband, but was an inconsistent and insecure parent and the subsequent divorce ended in a bitter custody battle. She later developed anorexia nervosa and perhaps thereby prevented further childbirth. Her son died in a plane crash in 1972 at the age of 36, leaving her devastated. She died on May 11, 1979, at age 66. At her death, the formerly wealthy Hutton was on the verge of bankruptcy as a result of both lavish spending and exploitation by those entrusted to manage her estate.

Born in New York City, Barbara Hutton was the only child of Edna Woolworth (1883–1917), a daughter of Frank W. Woolworth, the founder of the successful Woolworth five-and-dime stores. Barbara's father was Franklyn Laws Hutton (1877–1940), a wealthy co-founder of E. F. Hutton & Company (owned by Franklyn's brother Edward Francis Hutton), a respected New York investment banking and stock brokerage firm.[2] She was a niece by marriage of cereal heiress Marjorie Merriweather Post, who was for a time (1920–1935) married to E.F. Hutton; thus their daughter, actress-heiress Dina Merrill (born Nedenia Hutton), was a first cousin to Barbara Hutton. Dina Merrill related on A&E's Biography of the Woolworths, that for a time Barbara lived with them following the death of her mother and abandonment by her father.[3] Edna Hutton reportedly died on May 2, 1917, age 33, from suffocation due to mastoiditis,[4] but rumor persists that she committed suicide by poison in despair over her husband's philandering,[5] especially as the coroner decided that no autopsy was necessary.[6] Four-year-old Barbara discovered her mother's body.[7] After her mother's death, she lived with various relatives, and was raised by a governess. She was also first cousin of James Paul Donahue, Jr. Hutton attended Miss Hewitt's Classes, now The Hewitt School in New York's Lenox Hill neighborhood and Miss Porter's School for Girls in Farmington, Connecticut. She became an introverted child who had limited interaction with other children of her own age. Her closest friend and only confidante was her cousin Jimmy Donahue, the son of her mother's sister.[8] Jimmy Donahue inherited a portion of the Woolworth estate with Barbara and also grew up to have notorious, and public, drug, alcohol and relationship problems. In 1924, Barbara Hutton's grandmother Jennie (Creighton) Woolworth died and bequeathed to her $26.1 million. Another $2.1 million in stock from Edna's inheritance was placed in a separate trust - both trusts were administered by Franklyn Hutton. By the time of her 21st birthday in 1933, her father had increased her inheritance to $42 million (over $1 billion in 2020), not including the additional $8 million from her mother's estate, making her one of the wealthiest women in the world.[9] In accordance with New York's high society traditions, Barbara Hutton was given a lavish débutante ball in 1930 on her 18th birthday, where guests from the Astor and Rockefeller families, amongst other elites, were entertained by stars such as Rudy Vallee and Maurice Chevalier. The ball cost $60,000, a veritable fortune in the days of the Depression. Public criticism was so severe that she was sent on a tour of Europe to escape the onslaught of the press.[10] She lived in the family home at 4 East 80th Street[11] on the Upper East Side. 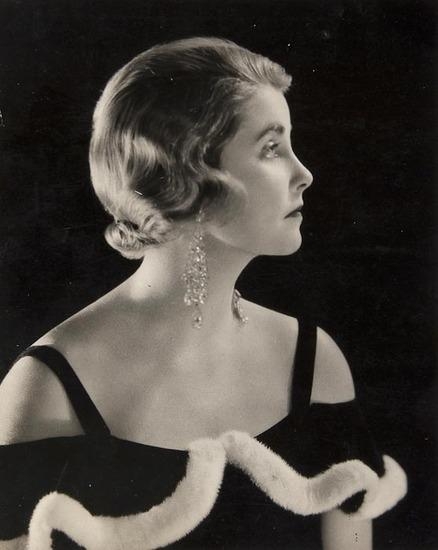 Hutton lived with Frederick McEvoy, purchasing a chalet at a ski resort in Franconia, New Hampshire, after her marriage to actor Cary Grant. The couple never married and remained friends until McEvoy's death in 1951.[27][28] Hutton frequently appeared intoxicated in public and was notorious throughout her life for lavish spending.[29] She was known to make gifts to total strangers.[30][31]

The death of her only son Lance Reventlow in an air crash in 1972 sent Hutton into a state of despair. By this time, her fortune had diminished, due to her extreme generosity, including donating Winfield House to the United States government as a residence for its UK ambassador.[37] Alleged questionable deals by her longtime lawyer, Graham Mattison, also ate away at her fortune. Eventually she began liquidating assets in order to raise funds to live, yet continued to spend money on strangers willing to pay a little attention to her. She spent her final years in Los Angeles, living at the Beverly Wilshire Hotel, where she died from a heart attack in May 1979, aged 66. One biographer wrote that, at her death, $3,500 was all that remained of her fortune, but some who actually knew her said that was not the case. She was interred in the Woolworth family mausoleum at Woodlawn Cemetery in The Bronx, New York.