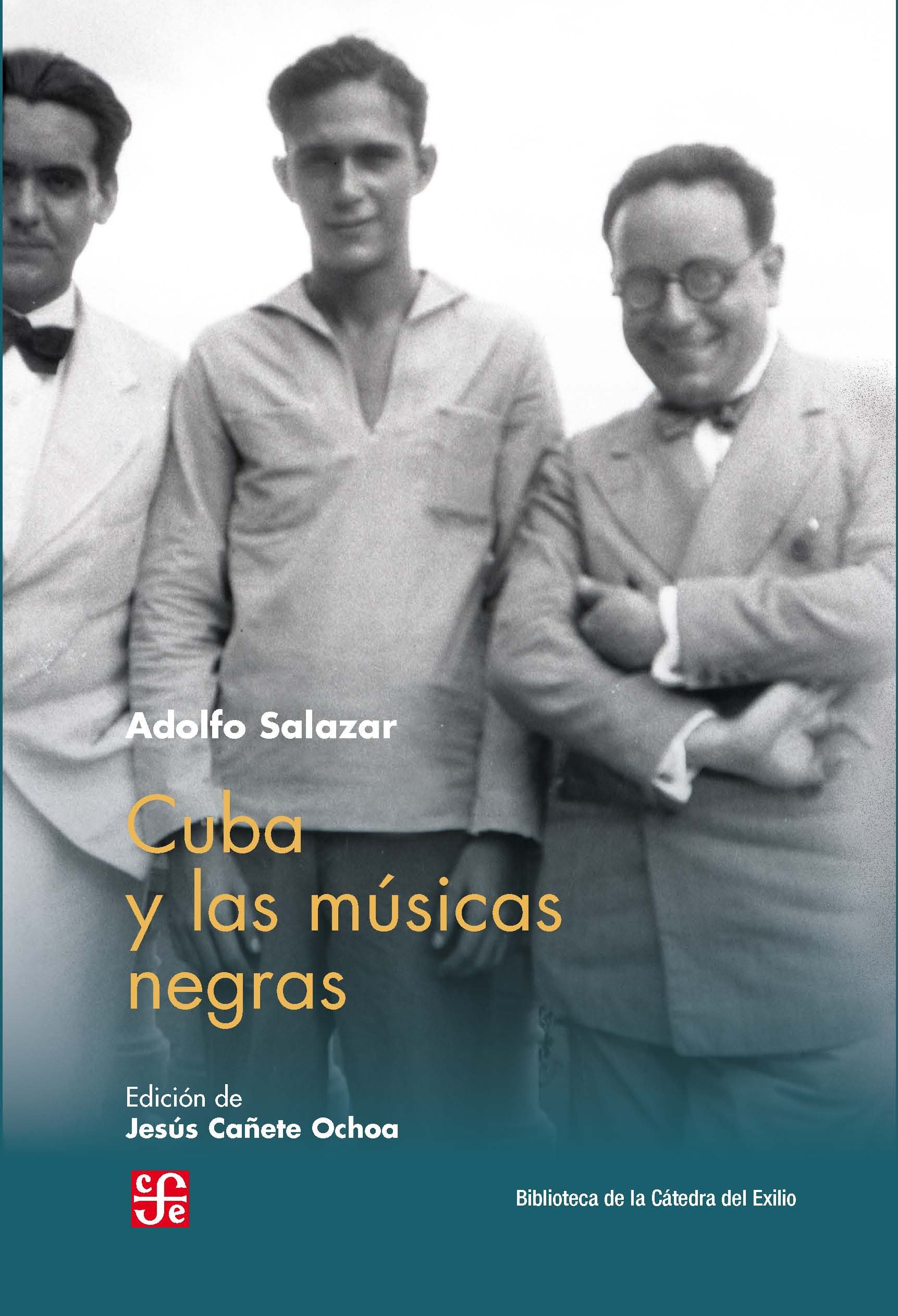 Adolfo Salazar Ruiz de Palacios (6 March 1890 - 27 September 1958) was a Spanish music historian, music critic, composer, and diplomat of the first half of the twentieth century. In the 1920s writers more openly homosexual were not able to deal with the topic in their works. These include the conservative dramatist Jacinto Benavente (Nobel Prize, 1922), the chronicler of Madrid life Pedro de Répide, the short story writer Antonio de Hoyos y Vinent, and the music critic and historian Adolfo Salazar. Many Spaniards escaped to Paris, among them Gregorio Martinez Sierra and Marta Martinez Sierra and the composer Manuel de Falla. Little magazines, such as Grecia of Adriano del Valle, Mediodia of Joaquin Romero Murube, and Renacimiento of Martinez Sierra, remain incompletely studied. Even into the 1920's the situation for homosexuals was oppressive, as can be seen from the reticence of the Espasa-Calpe encyclopedia and the comments of Gregorio Maranon. It was foreigners living in Spain, the Uruguayan Alberto Nin Frías (Marcos, amador de la belleza, 1913; Alexis o el significado del temperamento urano, 1932; Homosexual-ismo creador, 1933), the Chilean Augusto d'Halmar (Pasion y muerte del cura Deusto, 1924), and the Cuban Alfonso Hernández Catá (El angel de Sodoma, 1928) who published the first books on the topic.

Salazar was the preeminent Spanish musicologist of the Silver Age. Fluent in Spanish, French, and English, he was an intellectual and expert of the artistic and cultural currents of his time, and a brilliant polemicist. He maintained a close connection with other prominent Spanish intellectuals and musicians including José Ortega y Gasset, Jesús Bay y Gay, and Ernesto Halffter.[1] In his writings, he was a defender of the French musical aesthetic of Maurice Ravel and Claude Debussy.

He composed over twenty works for orchestra, string quartet, solo piano, voice and piano, chorus, and guitar. While his compositions are significant in the context of the 1920s Spanish musical avant-garde, today his critical writings are deemed of greater importance. He is most known for his insightful commentary and analysis in his eighteen years as music critic (1918-1936) for the Madrid daily El Sol.

Salazar was born in Madrid. He attended Madrid University, first studying history but then switching to music. He was co-director of the Revista Musical Hispano-Americana (1914-1918) with Rogelio Villar. He studied composition with Bartolomé Pérez Casas, and is said to have studied with Maurice Ravel, though little documentary evidence exists. In 1915, along with Manuel de Falla and M. Salvador y Carreras, he founded the Sociedad Nacional de Música, serving as secretary until 1922. In the late 1920s, he turned his attention from composing to devote himself to music criticism. In his columns for El Sol between 1918 and 1936, he both reviews concerts and discusses trends in the Spanish public's reception of classical music. His activities as critic and historian intermingle, though the second became more important over the years and is a consequence of the first.[2] Salazar corresponded with many of the leading intellectuals and composers of his time, including José Ortega y Gasset, as well as members of the Grupo de los Ocho including Jesús Bay y Gay, Ernesto and Rodolfo Halffter, and Salvador Barcarisse. In 1932, he attended the International Congress of Arab Music in Egypt.

In 1937, Salazar went to Paris to carry out a propaganda mission on behalf of the Republican government.[3] In 1938 he was named cultural attaché for the Spanish Embassy in Washington, D.C. While in the United States, he organized courses in folklore at the University of Middlebury in the company of Joaquín Nin-Culmell. In 1939, he moved to Mexico at the invitation of Mexican president Lázaro Cárdenas del Río, and continued to write essays and monographs on European music. From 1939, he taught at the Colegio de México, and from 1946 at the Mexico National Conservatory. In 1947, he gave a lecture series at Harvard University titled "Music in Cervantes," and two years later was awarded a Guggenheim fellowship.[4] He died in Mexico City in 1958.

Salazar's earliest works ("Estampes," "Jaculatoria") have Spanish-style nationalism. His style evolved in the mid-1910s toward Impressionistic techniques: parallel chords, lack of clear cadences, and avoidance of major or minor modes. His most successful works are the two for string quartet, Rubaiyat and Arabia. Written correspondence shows that Manuel de Falla gave guidance to Salazar in the composition of Rubaiyat. His last composition, Cuatro letrillas de Cervantes, is more strictly tonal and closer to folksong than his early works, with clear patterns and two-measure phrases.

The Conservatorio Profesional de Música Adolfo Salazar is named after him.