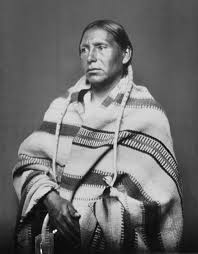 Tony Lujan was a Pueblo leader. He was born on January 2, 1879, at Taos Pueblo, New Mexico. He died at about 1:30 am on January 27, 1963, at 84 years old, less than half a year after Mabel Dodge Luhan's death. He is buried at Taos Pueblo Cemetery. Frank Waters recalled that Taos Pueblo Indians had taken Tony's body to the pueblo for burial within hours after his death. Waters wrote that "According to custom, his body was wrapped in his red and blue Chief blanket. A large turquoise and silver ring shone on his hand. His full beaded turquoise moccasins had been put on his protruding bare feet. The body was lashed with ropes and lowered into the grave. Them was no coffin, no box. He was simply returned to his Mother Earth."