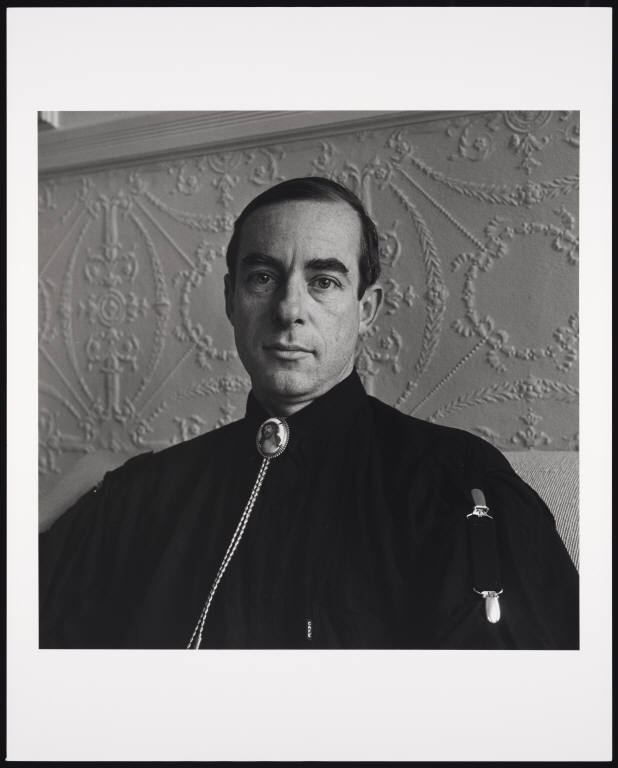 Steve Abbott (December 21, 1943 - December 2, 1992) was a Nebraska-born poet, author, cartoonist and critic of primarily LGBT literature. He was also a highly regarded editor. Abbott edited the Bay Area periodical Poetry Flash for many years and the influential SOUP Magazine. In SOUP, he coined the term "New Narrative" to describe the work of Bay Area writers Robert Gluck and Bruce Boone and, with Boone, he organized the historic Left/Write conference in 1981. He was also a single father and many of his early poems reflected on his relationship with his young daughter. In 2013 Alysia Abbott published Fairyland: A Memoir of My Father.

Abbott died of AIDS in San Francisco in 1992.

Steve Abbott was raised in Lincoln, Nebraska, where he later studied literature at the University of Nebraska. Abbott dabbled in poetry, but eventually he stopped because his university studies did not encourage this. After graduating in 1967, he went to a Benedictine monastery for two years. Abbott then left the monastery, which he found corrupt, and drifted around France with a wealthy English friend.

By 1971, he had married and moved to Atlanta, where he began graduate studies at Emory University. In Atlanta he lived in a commune, had a daughter, and became involved in the civil rights and antiwar movements. With his wife's encouragement, Abbott "came out" and became involved in the gay liberation movement. In 1972, his wife was killed in a car accident. The same year Abbott also lost his first gay lover, who was killed by an AWOL marine.

Abbott started to write again after he and his daughter moved to San Francisco in 1973, where he was introduced to the poetry of Jack Spicer. Spicer's work showed Abbott that poetry was a way to get in touch with his gay identity. Abbott said that it was like being reborn. Poetry was his raison d'etre.

The first poet he admired was Aaron Shurin. Shurin introduced Abbott to Robert Duncan's poem "Torso", which is about the poet's feelings for his lovers. Abbott was deeply moved and responded by writing a poem called "Wrecked Hearts". The poem was later to become the title poem to his first book of poetry, which he self-published in 1978. His second collection of poetry, Transmuting Gold, was published in the same year.

In 1979 Steve Abbott began to establish a reputation for himself both as a poet and as a critic. He founded Poetry Flash, a monthly poetry magazine that showcased the San Francisco Beat poetry scene. Shortly thereafter, however, Abbott began reading the work of Dennis Cooper, Kathy Acker, and other writers who excited him more than the Beat poets. Their writing, which grew from the avant-garde poetry and art scenes of San Francisco and New York, prompted Abbott to start Soup magazine in 1980 to showcase their work. Abbott later wrote about this growing group of writers called the "New Narrative Movement" in an article in Soup, an article that was subsequently published in his collection of essays, View Askew.

This new narrative writing, which Abbott had characterized as "speaking to and creating community" while agonizing over those responsabilities and as employing "deconstructive writing techniques and popular culture to show how personality is constructed" (a letter to the author dated 10 February 1991), became influential in Abbott's subsequent works. After publishing his last collection of poetry, Stretching the Agape Bra, he started to write a pastiche-style prose, first introduced to him by the work of Kathy Acker. Like other new narrative writing, Abbott's fiction arised from a grid of autobiographical snippets.

During the 1980s he also wrote essays and book reviews, as well as conducted interviews for The Advocate and The James White Review. Abbott's work had also been published in numerous gay 'zines like Homocore and the Dear World. Abbott had published two chapbooks, Lives of the Poets and Skinny Trip to a Far Place, and a novel, Holy Terror. An excerpt from his novel, The Lizard Club, appeared in Dennis Cooper's anthology, Discontents. His work also appeared in several anthologies including Homeless, not Helpless, An Ear of the Ground, and Men Confront Pornography.

Steve Abbott's collection of essays, View Askew, could be seen as his best work. The book's informal essays are often as much about him and his life in San Francisco as they are about their subjects. In approach View Askew is similar to his novels. However, Abbott here explicitly addressed his questions and concerns about art, life and community.

In that book, Abbott also revealed his HIV-positive status in the last section of the epilogue, where he recounted caring for a friend with AIDS:

Because I'm antibody positive, I know I'll be in J.D.'s position myself someday - still alive but fading with little control of body and mind. We all die differently, just as well all live differently. I don't know what it will be like for me but I'm no longer afraid. I still feel angry, frustrated or self-pitying sometimes - often over the most trivial incidents - but when I'm with J.D. these feelings drop away. And I'm filled with such a profound gratitude to be alive, to be Gay and to have the friends I have and have had that I cannot explain it.