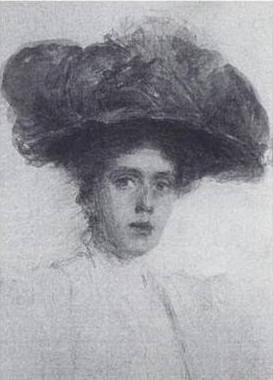 Rose Standish Nichols (1872–1960) was an American landscape architect from Boston, Massachusetts. Nichols worked for some 70 clients in the United States and abroad. Collaborators included David Adler, Mac Griswold, Howard Van Doren Shaw, and others. She also wrote articles about gardens for popular magazines such as House Beautiful and House & Garden, and published three books about European gardens.[2][3]

Nichols was the daughter of Arthur H. Nichols and Elizabeth Fisher Homer, and a niece of Augustus Saint-Gaudens.[4] Her siblings included Margaret Homer A. Shurcliff (married to Arthur Shurcliff) and Marian Clarke Nichols. Rose Nichols lived most of her life at 55 Mt. Vernon Street in the Beacon Hill neighborhood of Boston.

Nichols trained with Charles A. Platt, Inigo Trigs; Constant-Désiré Despradelle at Massachusetts Institute of Technology; with Benjamin Watson at the Bussey Institute, Harvard University; and at the École des Beaux-Arts.[5] She also travelled in Europe, visiting parks and gardens such as those at Hampton Court Palace, England. Around 1921 Nichols served the American Society of Landscape Architects as Chairman of the Committee on the Garden Club of America.[6]

In addition to her professional work as a landscape architect, Nichols was a peace activist. She established a discussion group, The League of Small Nations; participants included Mabel Harlakenden Hall Churchill (wife of the American novelist Winston Churchill) and Edith Wilson. The group was a precursor to the Foreign Policy Association. Nichols also traveled to peace conferences in Europe.[3][7] In addition, she helped establish the Women's International League for Peace and Freedom.[8]

In 1919 Nichols was elected an officer of the Boston Equal Suffrage Association.[9] In 1937, Nichols attended an event organized by the New York Society of the Descendants of Signers of the Independence Declaration.[10]

Portraits of Nichols have been made by Taylor Greer and Margarita Smyth.