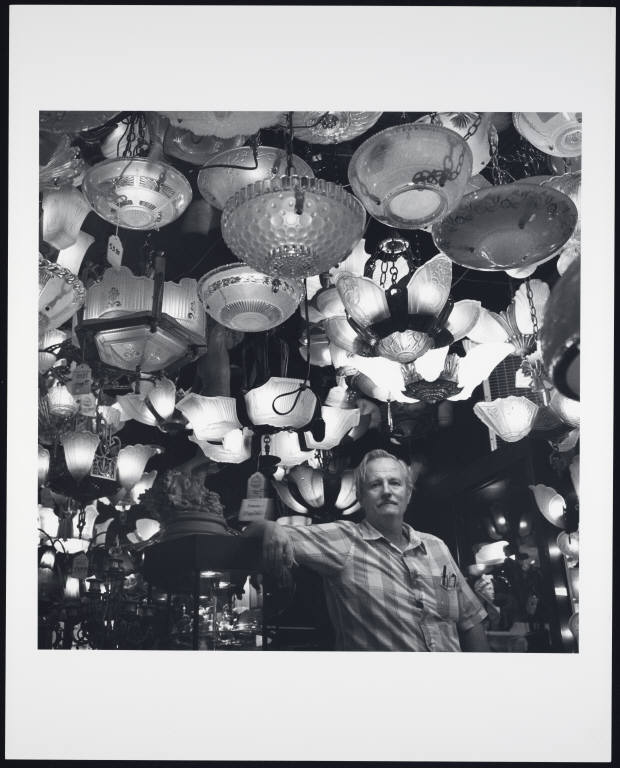 Randolfe Hayden "Randy" Wicker[1] (b. Charles Gervin Hayden, Jr. 3 February 1938) is an American author, activist and blogger. After involvement in the early homophile and gay liberation movements, Wicker became active around the issue of human cloning.

Wicker was born Charles Gervin Hayden, Jr. in Plainfield, New Jersey in 1938.[2] He was raised in Florida by his grandparents.[3] His first exposure to the homophile movement came while he was a student at the University of Texas at Austin in the mid-1950s, when he discovered a copy of the ONE, Inc. magazine ''One''.[4] Wicker affiliated himself with the New York City chapter of the homophile Mattachine Society (MSNY) in 1958, while still a UTA student, spending the summer in the city to work with the organization. Mattachine took a conservative stance in its work for homosexual rights and Wicker, who was younger than the leadership and many of the other members, joined with other younger activists like MSNY vice president Craig Rodwell in an effort to make the group more radical.[5] "He was, let's say, a disturbing acquisition for the movement", recalled then-MSNY president Arthur Maule.[6] After convincing MSNY that it should begin publicizing its events, Wicker printed up flyers for an upcoming lecture, leading to a standing-room-only crowd. It also led police to persuade MSNY's landlord to evict the group from its recently occupied headquarters.[7]

As he became more active in the movement, Wicker apprised his family of his activities. Hayden, Sr., while skeptical that his activities would amount to anything, asked him not to use "Charles Hayden" for his activism. He adopted the pseudonym "Randolfe Hayden Wicker", retaining his family name as his new middle name to maintain the family connection. He legally changed his name in 1967.

Returning to Austin in the fall of 1958, Wicker tried to start a homophile organization called Wicker Research Studies. WRS adopted the philosophy of the San Francisco-based lesbian group Daughters of Bilitis and operated across Texas, Mississippi and Louisiana. WRS was short-lived, however, as Mississippi denied the organization's application for incorporation.[8] He also became active in the civil rights movement. Wicker ran for student body president but during the campaign the dean received notification that Wicker and his roommate Edward Lacey were gay.[9] This helped convince him that homosexuals needed to engage in militant action.

Upon graduating from UTA, Wicker relocated permanently to New York City and renewed his ties with MSNY. Stifled from radical actions under the purview of MSNY, Wicker created the "Homosexual League of New York" in 1962, a front organization that existed, largely on paper, to allow Wicker distance from MSNY to operate. When WBAI radio broadcast a panel of psychiatrists who espoused the sickness theory of homosexuality, Wicker persuaded the station manager to put him and several other openly gay people on the air to "rap" about their lives, because “homosexuals were the real authority on homosexuality.” A week before the broadcast, Jack O’Brian, a “right-wing” columnist for the New York Journal American, attacked it as an attempt to present “the ease of living the gay life.” Wicker made the rounds to ''Variety'', ''Newsweek'', and ''The New York Times'' informing them of the broadcast and the attack on it by O’Brian.[10] The 90-minute program, believed to be the first such in the United States, aired in July, 1962.[11] Several mainstream media outlets, alerted by Wicker, covered the broadcast, which received favorable treatment in ''The New York Times'', ''The Realist'', ''Newsweek'', the ''New York Herald Tribune'', and ''Variety''.[12]

As a result of the publicity, from 1962 through 1964 Wicker was one of the most visible homosexuals in New York. He spoke to countless church groups and college classes and, in 1964, became the first openly gay person to appear on East Coast television with a January 31 appearance on ''The Les Crane Show''. Wicker is credited with organizing the first known gay rights demonstration in the United States. Wicker, along with Rodwell, sexual freedom activist Jefferson Fuck Poland and a handful of others, picketed the Whitehall Street Induction Center in New York City in 1964 after the confidentiality of gay men's draft records was violated.[13] In 1965 he ran for the office of secretary for MSNY as an independent. He lost, but a slate of radicals whose views aligned with his swept the elections, effectively taking control of the organization.[14] He supported himself by operating, with his lover Peter Ogren, Underground Uplift Unlimited, a slogan-button and head shop. The couple ran the shop from 1967 to 1971,[15] and used the proceeds to open an antique and lighting store. Wicker ran his store for 29 years.[16]

Wicker was a witness to the Stonewall riots in June, 1969, which are recognized as the start of the modern gay liberation movement. He later recalled seeing rioters set bonfires and throw garbage barrels through the windows of Greenwich Village businesses. "All I could think was, Oh my God, they're going to burn up a little old Italian lady or some child is going to be killed and we're going to be the bogey-man of the seventies."[17] Despite his early activism, Wicker denounced the riots at a community organizational meeting a week later, saying that "throwing rocks through windows doesn't open doors" and dismissing "disorderly" behaviour as a means to social tolerance.[18] [19] He temporarily distanced himself from the gay movement, but returned by writing in 1970 for ''Gay'', a tabloid magazine,[20] and again in 1972 to co-author ''The Gay Crusaders'', a compilation of profiles of early movement leaders, with Kay Tobin Lahusen (writing under the name "Kay Tobin").

Wicker joined the Gay Activists Alliance (GAA), a more structured activist group that formed in response to what was seen as the excesses of the Gay Liberation Front. GLF tended to split its focus amongst many different left-oriented political activities, including opposition to the Vietnam War and support for the Black Panthers. GAA members wanted to concentrate their energies exclusively on gay rights issues. As a member of GAA, Wicker participated in a series of zaps, occupation-style actions. Wicker sometimes covered these events for gay media outlets like ''Gay'' and ''The Advocate''.[21]

Since 2009, he has been documenting and participating in the Radical Faerie communities in Tennessee and New York.[22]

With the announcement of the successful cloning of Dolly the sheep in 1996, Wicker became an advocate for human cloning. He formed the activist Cloning Rights United Front,[23] and argued that the right to bear one's "later-born identical twin" was not only an LGBT rights issue,[24] but a human rights issue. He sought unsuccessfully to convince Stephen Hawking to preserve genetic material for future cloning.[25] As a part of its mission statement, CRUF adopted the "Clone Bill of Rights": Every person's DNA is his or her personal property. To have that DNA cloned into another extended life is part and parcel of his or her right to control his or her own reproduction. Constitutionally, that right is assigned to neither state legislatures, nor to the federal government, nor to religious authorities. It is "reserved" to each and every citizen, to decide if, how and when to reproduce. Research, not rhetoric, and/or freedom-limiting legal restrictions, is the only way to discover the real effects of cloning. Restrictions on research into cloning of humans should not even be considered unless real social harm can be demonstrated.[26]