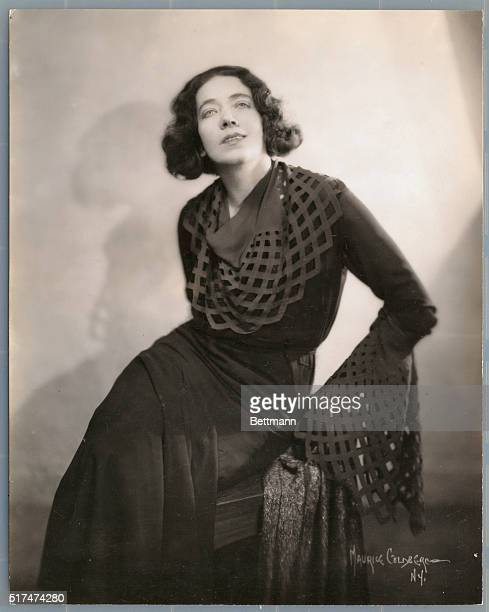 Mary Wigman (born Karoline Sophie Marie Wiegmann; 13 November 1886 – 18 September 1973 in Berlin) was a German dancer and choreographer, notable as the pioneer of expressionist dance, dance therapy, and movement training without pointe shoes. Wigman had a significant relationship with a woman. For seven years, Wigman was close to her former student Bertha Trümpy, who secured the house for her school and was instrumental in to administration and Wigman's early career. Trümpy later supported dancer Vera Skoronel in a similar way, financially supporting, organizing, and administrating her school in Berlin.

Wigman is considered one of the most important figures in the history of modern dance.[1] She became one of the most iconic figures of Weimar German culture and her work was hailed for bringing the deepest of existential experiences to the stage.

Karoline Sophie Marie Wiegmann was born in Hanover, Germany, at Schmiedestrasse 18. She was the daughter of a bicycle dealer. She came to dance comparatively late after seeing three students of Émile Jaques-Dalcroze, who aimed to approach music through movement using three equally-important elements: solfège, improvisation and his own system of movements, eurhythmics.[2] Wigman enrolled in the Jaques-Dalcroze's school in Dresden in 1911. Another key early experience was a solo concert by Grete Wiesenthal.[3]

The Jaques-Dalcroze school's practice made dance secondary to music, so Wigman decided to take her interests elsewhere. In 1913, she was introduced to Rudolf Laban and Courtney Neilson in Ascona, Switzerland. She enrolled in one of Rudolf Laban's summer courses and was instructed in his technique.[4] Following their lead, she worked upon a technique based in contrasts of movement; expansion and contraction, pulling and pushing. She continued with the Laban school through the Switzerland summer sessions and the Munich winter sessions until 1919[5] During these years and through the First World War, she worked as Laban's assistant in Leipzig.[3]

After her departure from the Laban school, she retreated to the mountains of Switzerland to develop her expressionist style. She named her new dance style "New German Dance," using the word new to express the break from traditional classical ballet. She wanted her dance to be an expression of human's desires, passions, and inspirations.[6] She was deeply interested in the relationship between humans and the cosmos, and she wanted to give life to the individual forces surrounding humans. She wanted to create a technique that did not need codification, but rather, it arose out of visual interpretations of the desires of human being. In her mind, any movement could be considered dance if it is expressing a true feeling. Her technique and choreography often consisted of "sliding, bouncing, vibrating, falling/dropping, and tensions."[7]

In 1917, Sophie Taeuber-Arp danced with Suzanne Perrottet, Mary Wigman and others at the Sun Festival organised by Laban in Ascona.

In 1918, Wigman suffered a nervous breakdown.[8] Two years later, in 1920, she was offered the post of ballet mistress at the Dresden State Opera, but, after taking up residence in a hotel in Dresden and beginning to teach dance classes while awaiting her appointment, she learned that the position had been awarded to someone else.[9]

In 1919, Wigman performed her first solo concert in a professional setting in Berlin, Hanover, and Bremen. These concerts were not well received by the public, but she continued to perform. Later that year, she received high praise from audiences in Hamburg, Zurich, and Dresden, and her name became known. With another Laban student, the Swiss Bertha Trümpy, she founded a school in that city, acquiring as students young women stirred by her bold dance performances. In 1920-21,[11] Wigman started her own dance school, which became known as "Dresden Central School" or simply "Mary Wigman-Schule" on Bautzner Strasse in Dresden, a centre of new, expressionist dance. This school became the center of German modern dance. The rivalry and competition between her new school and the old schools of dance in Dresden emerged, especially with the Palucca School of Dance.[11]

By the mid-1920s, her name was associated in Germany with "Ausdruckstanz," which translates to Expressionist Dance.[10]

Her first, and possibly best, ensemble broke up in 1924 because Berthe Trümpy, Yvonne Georgi, and Gret Palucca had developed such strong personalities that they had to leave in quite separate directions to fulfill their ambitions. Moreover, the improvisational "technique" Wigman used to accommodate diversity of personalities was difficult to transfer outside of the cultic atmosphere in the Dresden studio, with its gold and red walls and with Wigman, swathed in luxurious gowns, veiled in cigarette smoke, gazing with hawklike intensity and presiding on a throne in the corner as a mysterious priestess. Trümpy's effort to establish a Wigmanesque pedagogy in Berlin encouraged Rudolf Lämmel to compare the discipline and accomplishments of her faculty and students unfavorably with those of the Estas school in Cologne.

Her students and collaborators from Europe included Yvonne Georgi, Hanya Holm, Harald Kreutzberg, Gret Palucca, Margarethe Wallmann, Inge Weiss, and Meta Vidmar who, in 1930, established the first school of modern dance in Slovenia. She formed a dance troupe as well, which toured the world beginning in 1923. Another Wigman student who did remarkable work in the theatre was Claire Eckstein (1904–1994).

Mary Wigman toured the United States in 1930 with her company of dancers, as well as 1931 and 1933. A school was founded by her disciples in New York City in 1931. Her choreography inspired communist dance troupes in the 1930s in New York City[12] Her work in the United States is credited to her protegee Hanya Holm, and then to Hanya's students Alwin Nikolais and Joanne Woodbury. Another student and protegee of Wigman's, Margret Dietz, taught in America from 1953-72. During this time, her style was characterized by critics as "tense, introspective, and somber," yet there was always an element of "radiance found even in her darkest compositions." Other Dresden schools were founded in other areas of Germany, and Hanya Holm even set up one in the United States. Her style of movement and training was even utilized in German public schools. She was officially honored for her accomplishments in the early 1930s by the German government.[13]

The "Mary Wigman-Schule" existed from 1920 until 1942. However, when World War II began, the Nazis in Germany viewed her as a leftist, and they considered her dances to be degenerate. The Nazis put an end to her school, but allowed her to teach in Leipzig during the war.[14] The "Mary Wigman-Schule" continued to operate under Nazi rule in World War II, following that she obey the rule of government and fire all the Jewish dancers from her schools in Germany.

What had been the Mary Wigman-Schule was started again after the war by Dore Hoyer. Hoyer and the school created a Dances for Käthe Kollwitz which they performed in Dresden in 1946.[15]

Wigman continued to teach in Leipzig until 1949. From 1950 until her death in 1973, she taught at her newly opened school in West Berlin, which became a place where modern dancers from all over the world could unite and share ideas. Her last public performance took place in 1953.[16] 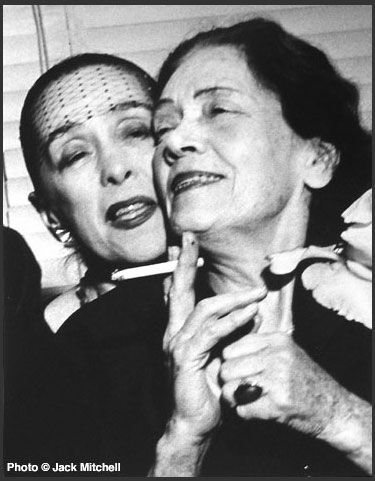 Although Martha Graham was undoubtedly indebted to the tradition of such dancers as Isadora Duncan, she was also - through her long association with the pianist and composer Louis Horst (who had spent time in Vienna) - particularly influenced by the work of Mary Wigman in Germany.