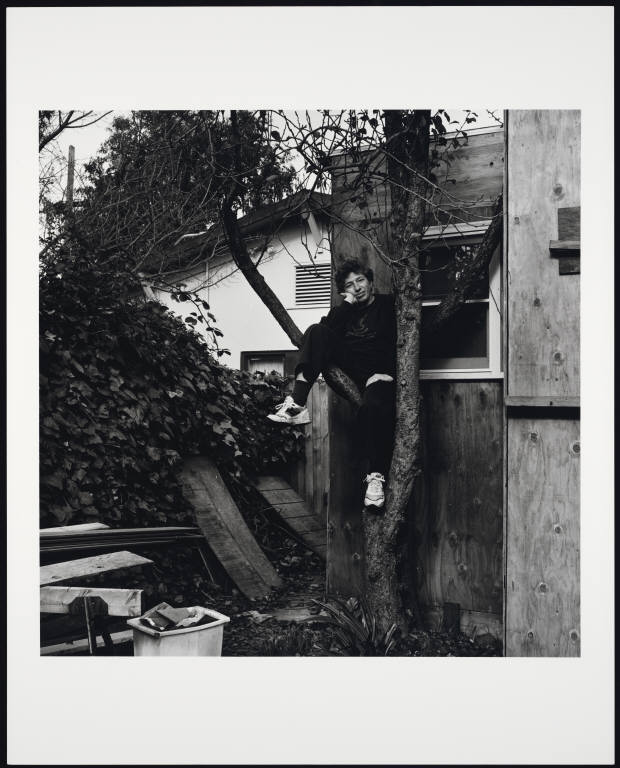 Martha Altman, later Martha Shelley, was born on December 27, 1943, in Brooklyn, New York, to parents of Russian-Polish Jewish descent.[1] Samuel R. Delany was a Bronx High School of Science friend. She was involved in a group based on the work of Harry Stack Sullivan which led to her first Anti-Vietnam War movement protest. In 1965 she graduated from City College. In November 1967 she went to her first meeting of the New York City chapter of the Daughters of Bilitis (DOB) and of which she later became president.[2] Because of FBI surveillance, members of the DOB were encouraged to take aliases. Altman took Shelley as a surname.[3] While working for Barnard College, she joined the Student Homophile League[4] and worked with Stephen Donaldson.

She was in Greenwich Village the night of the Stonewall riots with women who were starting a DOB chapter in Boston.[5] Recognizing the significance of the event and being politically aware[6] she proposed a protest march and as a result DOB and Mattachine sponsored a demonstration.[7] According to an article in the program for the first San Francisco pride march she was one of the first four members of the Gay Liberation Front the others being Michael Brown, Jerry Hoose and Jim Owles.[8][9] Certainly she was one of the twenty or so women and men who formed Gay Liberation Front immediately after Stonewall[10] and was outspoken in many of their confrontations.[8] She wrote for Come Out!.[11]

In 1970 she was instrumental in the Lavender Menace zap of the Second Congress to Unite Women.[12] She produced the radio show Lesbian nation on New York's WBAI radio station.[13] She contributed the pieces "Notes of a radical lesbian" and "Terror" to the 1970 anthology Sisterhood is Powerful: An Anthology of Writings From The Women's Liberation Movement, edited by Robin Morgan.[14] After moving to Oakland, California in October 1974, she was involved with the Women's Press Collective where she worked with Judy Grahn to produce Crossing the DMZ, In other words, Lesbians speak out and other books. Her poetry has appeared in Ms. magazine, 'Sunbury, The bright Medusa, We become new and other periodicals. Shelley appeared in the 2010 documentary Stonewall Uprising, an episode of the American Experience series.[15]

Despite being involved with Lesbian Feminism, Shelley does not describe herself as a Lesbian Separatist from the Gay Rights movement. Though she liked the idea of Lesbian only spaces, she has said that the splitting of Gay Liberation into splinter groups weakened the movement as a whole. She also was allied to many other left oriented causes of the 1960s and 70s such as the pro-choice movement and civil rights groups such as the Black Panthers and Young Lords and has described herself as a socialist.[1] Shelley was also a strong critic of the prevailing psychiatric views of homosexuality in the 1960s and argued that the stigmatization of homosexuality as a mental illness was a major contributing factor to psychological issues within the Gay and Lesbian community.[16]