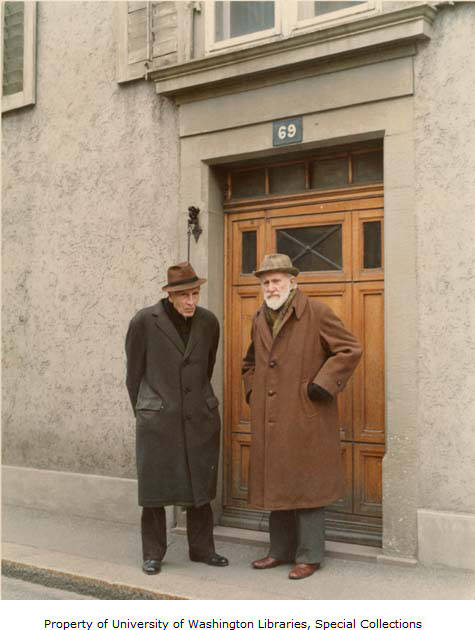 In 1960 Tobey settled in Basel with Pehr Hallsten and his secretary Mark Ritter. He painted new works to be shown in Louvre exhibition. They lived at 69 rue Saint Albanvorstadt until 1962. Someone remarked that the four hundred year old house was a perfect place for ghosts. Ritter chuckled. "I could never sneak out of here without Mr. Tobey knowing it," he said.

Ritter was thin. He had a prominent nose, grey eyes, and a pale complexion. Tobey was dependent on Ritter. When Ritter went out the room, Tobey always asked where he was. In his last year, Tobey had moments of relative lucidity, but after an operation "doors were closed in his mind." He may remember an episode or a person one moment and not remember that same episode or person a few minutes later. Ritter was very devoted to Tobey.

Tobey's obituary noted that in Tobey’s later years, he was “blessed with an ideally sensitive secretary and companion,” a man named Mark Ritter who inherited the bulk of the art that was in Tobey’s Basel house at the time of his death. The rest of Tobey’s estate and papers were left to the Seattle Art Museum.