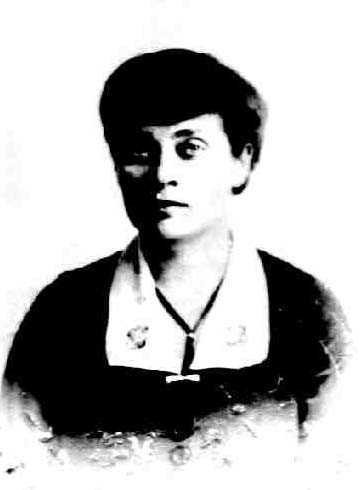 Marion Benedict Cothren (1880 – October 2, 1949) was an American suffrage and peace activist, public school teacher, lawyer, and children's author. She was a member of the Heterodoxy Club.

Marion Benedict was born and raised in Brooklyn, New York by her parents William Marsh Benedict (a lawyer) and Grace Dillingham Benedict (a Vassar alumna). Marion was a 1900 graduate of Vassar College and pursued teacher training at Columbia University (MA 1901). She was admitted to the New York bar in 1909.[1][2]

Marion Cothren went to Europe during World War I to work with the International Red Cross at Toul, France, an experience she credited with confirming her pacifism: "When I finally left France I took with me not only the pacifist's theoretical hatred of war, but a hatred born of an overwhelming sympathy for those who warred."[3]

Marion B. Cothren was a member of the College Equal Suffrage League, the New York chapter of the Women's Trade Union League, and Heterodoxy, a feminist debating club based in Greenwich Village, among other clubwork. She was on the National Advisory Council of the National Woman's Party, one of the honorary chairs of the Woman's Peace Party when it was founded in 1915, and was one of the thirty American women to attend the International Congress of Women at the Hague that same year.[4][5][6] Cothren was also a vocal supporter of Margaret Sanger,[7] and served as president of the New York Women's Publishing Company, the publisher of Birth Control Review, from 1918 to 1923.[8]

In 1912 Marie Jenney Howe founded Heterodoxy, who specified only one requirement for membership: that the applicant "not be orthodox in her opinion".[2] The club's members had diverse political views. The membership also included bisexual and lesbian women, in addition to heterosexuals.[2] The luncheon club, which started with 25 members, met every two weeks on Saturdays.[2] Cothren joined the group and was connected to Rose Emmet Young, Howe's close companion for many years.

Marion Cothren was widowed in 1914 when her husband, who had been ill, overdosed on morphine.[16][17] In 1915 she is living with Mary L. Chamberlain, editor and peace activist and member of Heterodoxy, at 387 Clinton Avenue, Brooklyn. Around 1916, when Frances is 9 years old, Cothren is reported by Jeannette Rankin as living with Mary L. Chamberlain, at Monmouth Hills Club (now the The Water Witch Club), Highlands, New Jersey. Chamberlain, a staff writer for Survey, volunteered to cover the extraordinary international meetings of women activists at the Hague in 1915 and in Zurich in 1919. In 1920 they are living at 42 West 9th Street and in 1921 at 41 West 10th Street. Chamberlain died in 1938. During the 1930s, Cothren lived with sculptor Janet Scudder in Paris. She moved back to the US in 1940.[18]