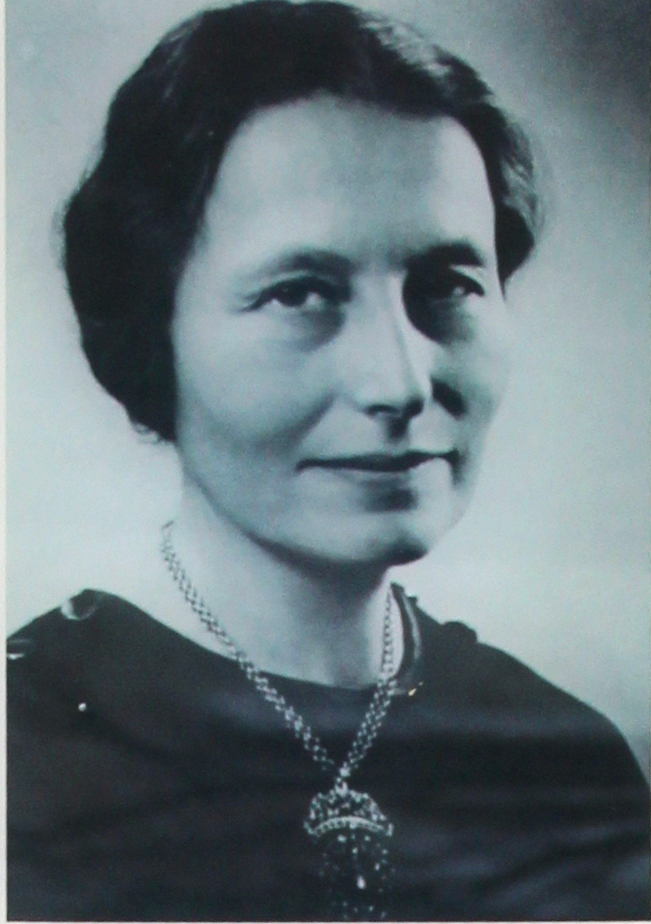 Marie Munk (born July 4, 1885 in Berlin , † January 17, 1978 in Cambridge / Massachusetts / USA ) was a German-American lawyer . She was one of the first appointed judges in Germany [1] [2] and is considered one of the most important marriage and family lawyers of the Weimar period. Because of her Jewish origins, she fell victim to the Nazi regime .

Marie Munk came from a family of lawyers. After attending a higher school for girls, she was trained as a kindergarten teacher at the renowned Pestalozzi-Froebel-Haus , and gained first professional experience in Alice Salomon's groups of girls and women for social work in Berlin. She prepared for her Abitur and passed the university entrance exam at the Leibniz-Gymnasium in Berlin as an external student.. From 1907 Marie Munk studied law , philosophy , psychology and logic in Berlin, Freiburg im Breisgau , Bonn and Heidelberg . In 1911 she obtained a doctorate in law in Heidelberg with a dissertation on § 123 BGB .

Since women in the German Empire were denied access to justice (judge, lawyer, prosecutor, administrative lawyer), Marie Munk began working as an assistant in a law firm and for a legal advice center for women. During the First World War , she worked for the German Red Cross , the Berlin Social Welfare Service and the National Women's Service.

After women were also admitted to the state law exam in the Weimar Republic , Marie Munk completed this and became a consultant to the Preuss in 1924. Minister of Justice, but released a few months later due to the desperate budget situation. In 1924 she was one of the first women in Germany to be admitted to the bar and in 1930 she was appointed district judge and also district judge in Berlin.

In 1914, Marie Munk was a co-founder of the German Lawyers 'Association (forerunner of today's German Lawyers' Association ), whose second chair she was from 1919 to 1933. She was also the founder and president of the German Association of Working Women in Germany from 1931 to 1933 (forerunner of today's Business and Professional Women (BPW) Germany eV ) and a committed member of its international association, the International Federation of Business and Professional Women .

Marie Munk is now considered one of the most important marriage and family lawyers of the Weimar period. In addition to her proposals on marital, divorce and matrimonial law, she worked with Margarete Berent on proposals for reforming marital property law, which more than thirty years later found expression in the community of gains introduced in Germany and further amendments to the law.

In 1933 she was released from the judicial service. She visited the United States and worked in homes for poorly educated girls. In 1936 she left Germany permanently and settled in the United States.

From 1936 until she became an American citizen and admitted to the bar in Massachusetts (1943), she was a visiting lecturer and visiting professor at various American colleges. In 1944 she worked as a marriage counselor in Toledo, Ohio. From 1945 she devoted her legal interests to German restitution law, National Socialist injustice and American family and property law. From 1953 she is said to have been an associate professor at Harvard University .

As early as 1945, she is said to have published her autobiography Reminiscences of a Pioneer Woman Judge in Pre-Hitler-Germany . However, she wrote her unfinished autobiographical manuscript in 1961.